Ten years on from the crash, what have we learned?

While accountants generally were not caught in the thick of the last financial crisis, corporate treasurers could prove a key defence when the next one comes 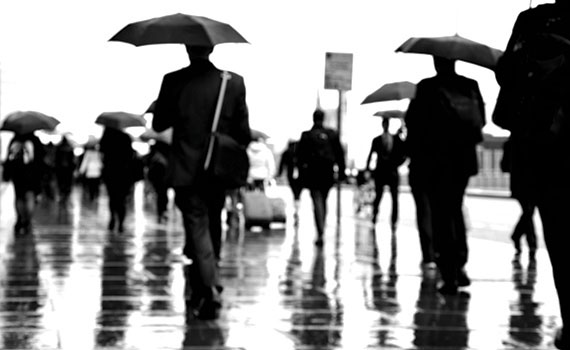 This year marks a dark anniversary for the financial services sector. A decade ago investors started to detect the first signs of what would turn into the most damaging crisis since the 1930s. The shockwaves that emanated from the US sub-prime meltdown caused considerable damage to reputations and profit margins of many businesses in the financial industry – from banks to rating agencies.

There was one notable exception. Relative to other branches of the sector, accountancy escaped relatively unharmed. But while accountancy emerged largely unscathed, the profession was affected, according to industry experts.

‘Accountancy was not at the heart of this crisis,’ says James Peterson, a former partner at Arthur Andersen and author of Count Down: The Past, Present and Uncertain Future of the Big Four Accounting Firms. ‘For a start, this is an evergreen sector that can do okay even when the rest of the economy is in deep freeze. Companies can’t simply opt out of audits or tax compliance just because times get tough.’

The professional services sector, of which accountancy is a major part, even beneﬁted from the growing complexity of regulation – which was spurred in part by the crisis. For example, since 2008 the sector has grown on average by 4.5% a year in the UK, compared to nominal GDP growth of 2.6% for the economy as a whole, according to data  from PwC.

Corporate treasurers, meanwhile, were also relatively insulated in terms of employment. ‘When companies are in distress, corporate treasury departments are busier than ever since they have to deal with the banks and credit rating agencies,’ says Sarah Boyce, associate director at the UK’s Association of Corporate Treasurers. And the profile of corporate treasurers was actually enhanced by the crisis. ‘They have been given a lot more air time with boards, since top executives have become more eager to learn about how to avoid problems that arose during the crisis – from reduced access to capital to counter-party risk,’ says Boyce.

In terms of blame for the crisis, governments and the public had bigger ﬁsh to fry. The bulk of the public anger was directed at the investment banks that had produced a range of toxic products, along with the credit rating agencies that had given them a guarantee of safety. Economists were castigated for failing to spot the looming problems.

Still the accounting profession was not completely unaffected. The way accountants evaluated the balance sheet of banks came in for some criticism. ‘The industry as a whole could have done more to raise concerns about the soundness of the banks,’ argues Stella Fearnley, a professor in accounting at Bournemouth University. ‘Banks ended up looking stronger than they actually were due to the way we were accounting for certain financial assets on bank balance sheets and the way potential loan losses were calculated. The financial statements of the banks didn’t always show a full and fair view of their situation.’ Since the crisis, the International Accounting Standards Board has devised new rules that aim to address some such criticisms, moving from a model in which losses are recognised only when incurred to one in which companies must provision for potential losses over the next 12 months. A survey by Deloitte estimated that half of the banks interviewed by the ﬁrm expected the new rule would increase loan loss provisions by up to 50%.

The crisis also led to important changes in the way corporate treasurers operate. During the meltdown several standard sources of credit for companies dried up, including the market for commercial paper – short-term debt that businesses use to fund operations. Some banks also curtailed access to loans.

‘The crisis served as a reminder that corporate treasurers need to be versatile and consider multiple options to get the capital needed to run businesses,’ says Boyce.

Treasurers have also been impacted by updated regulations forcing banks to hold more capital for riskier debt. One result is that instead of requesting a seven-year credit facility, for example, which would force banks to hold more capital, they ask for a five-year facility with the option to roll over for two more years, explains Boyce. And even corporate treasurers at smaller firms now often enact trades directly via a trading platform rather than through brokers, deploying technology that makes it easier to comply with post-crisis rules on reporting trades. ‘Corporate treasurers have got caught by a lot of rules intended for banks,’ says Boyce.

And corporate treasurers in particular will be on the front line when the next crisis hits, attempting to keep the capital ﬂowing to fund the operations and investments of their companies.

A fact of life

Since economists agree that downturns are a fact of life, the question is not whether another crisis will occur, but rather when and why. ‘The causes of the next crisis are unlikely to be the same as the last one,’ says Ian Stewart, chief UK economist at Deloitte. ‘Central banks are carefully monitoring the banks and have developed more macro-prudential tools to help prevent debt from getting out of control – especially in mortgages where the last crisis originated.’

Still, new sources of danger are likely to arise. ‘As bank regulation has tightened there is always a risk that this will push higher risk activities outside the regulated sector,’ says PwC’s Hawksworth. ‘In addition, new technologies may be less well understood by regulators, so this is also a risk that we should be aware of.’

And some of the measures taken by central banks to avert a depression following the 2008 crisis could also come back to haunt governments. Easy monetary policy has encouraged companies, consumers and governments to take on more debt, which may become harder to service as interest rates rise.

Economists at Deloitte and PwC believe risks of a renewed crisis at present remain low, with improving economic growth and improved financial surveillance by regulators. But hopefully the lessons learnt from the last crisis will stand accountants in good stead when the next downturn does finally come.

‘Treasurers learnt to be even more cynical about the ability of banks to guarantee credit in troubled times and to be as flexible as possible,’ adds Boyce. In advance of the next meltdown, the best treasurers have realised the need for strong internal relations – so that boards understand the need for swift actions – as well as strong external relations with the likes of banks and rating agencies.’

"The profession was not completely unaffected. The way accountants evaluated the balance sheet of banks came in for some criticism"

Technology could play a much larger role in the next meltdown. But experts are divided over whether this will be a positive or negative role. John Hawksworth, chief UK economist at PwC, believes that a more sophisticated generation of cyber-terrorists could move beyond attacking individual companies to targeting the system as a whole. On the other hand, according to Lawrence Rufrano, an official at the US Federal Reserve during the crisis, artificial intelligence (Al) is increasingly being used to provide early warning signs. Al has the potential to address a host of systemic

14 March 2008
US investment bank Bear Stearns is bought out by JPMorgan, becoming the biggest victim so far of the mounting crisis

14 September 2007
British bank Northern Rock faces a liquidity crisis, prompting the first run on a bank in the UK for 150 years