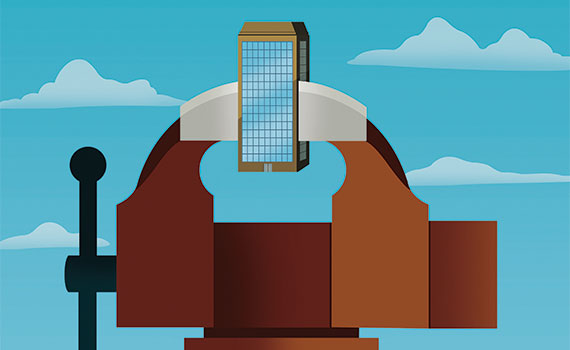 Corporate governance has been hitting the headlines in recent months, with shareholders and investors voicing concerns about a range of issues, including executive pay, director independence and greater transparency.

Ryanair, for example, has attracted comments because company chairman David Bonderman has held the position for 20 years, compared with the maximum nine years recommended under the corporate governance codes of the Financial Reporting Council (FRC) and the Irish Stock Exchange (ISE). Ryanair non-executives include Michael Cawley and Howard Millar, who both took on their roles after stepping down from senior executive positions, whereas the codes recommend a longer gap.

As a consequence of these concerns, three investor advisory groups – Pensions & Investment Research Consultants (PIRC), ISS and Glass Lewis – recommended shareholders to vote down some motions at Ryanair’s last annual general meeting in September 2017. In the event, investors heavily backed the company and its directors.

ISS claimed that by its calculations only 18% of Ryanair’s directors were truly independent. In addition, ISS was concerned that the directors were spreading themselves too thinly – it believes that directors should sit on no more than five boards. Bonderman, for example, is also chairman and CEO of the TPG Capital private equity fund and sits on several TPG subsidiary boards, as well as being a non-executive of China International Capital Corporation, Caesars Entertainment Corporation and several other companies.

PIRC advised Ryanair investors to vote against all but one of the nominations for independent directors at the AGM. It described the overlapping board membership of the separate holding and operational Ryanair companies as ‘an unhealthy corporate governance practice’. It also expressed ‘serious concerns’ about Ryanair’s long-term incentive plans, which, according to PIRC, are based on ‘undisclosed performance criteria’.

Glass Lewis was also unhappy about the incentive plan and its lack of transparency. But its advice to shareholders was to vote down just one of the non-executives.

Ryanair failed to respond to AB’s requests for a comment.

Where a company diverges from the provisions of the UK code, the ISE expects it to include an explanation, clearly outlining its rationale for not implementing a particular provision.

The Ryanair website states: ‘The Board has carried out its annual evaluation of the independence of each of its non-executive directors, taking account of the relevant provisions of the 2014 Code, namely, whether the directors are independent in character and judgement and free from relationships or circumstances which are likely to affect, or could appear to affect, the directors’ judgement. The Board regards all of the non-executive directors as independent and that no one individual or one grouping exerts an undue influence on others.’

The website also provides a compliance statement, stating that Ryanair has complied, throughout the year ended 31 March 2017, with all the provisions of the code except for two areas, both of which it says it continues to review on an ongoing basis.

The first exception is that a number of non-executives participate in the company’s share option plans; Ryanair says it sought and received shareholder approval for this. The second exception concerns the non-executives who have served more than nine years on the board; Ryanair says their independence is reconsidered annually.

At the end of 2017, with the 25th anniversary of the corporate governance code in prospect, the FRC launched a consultation on proposals to make the code ‘shorter and sharper’, and more responsive to recent changes in the business environment.

The FRC is also proposing to remove the exemptions for FTSE-listed companies below the FTSE 350.

The FRC adds: ‘We are aware that many companies and investors have used the nine-year criterion for independence as a de facto tenure period. This is the right approach, and in normal circumstances would not expect either an independent director or chair to be on a board for more than nine years in total, including in those circumstances where an independent non-executive goes on to be the chair.’

The FRC consultation closes at the end of February. Many companies will be thinking hard about how to take the new lessons onboard.

The UK FRC’s corporate governance code is endorsed by the Irish Stock Exchange and applies to Irish incorporated listed companies on the main securities market. Listed companies are required to either comply with the code or explain.

Except for smaller companies (which should have at least two independent non-executive directors), at least half the board, excluding the chairman, should be non-execs. Directors are not usually regarded as independent if: they have been a company or group employee in the past five years; have (or have had in the past three years) a material business relationship with the company; receive (or have received) any company remuneration other than a director’s fee; have close family ties with any company adviser, director or senior employee; have significant links with other directors in other companies or bodies; represent a significant shareholder; or have served on the board for more than nine years from the date of their first election.