International Public Sector Accounting Standards are a big deal for governments, but implementation has been slow. We report on progress in the Indian subcontinent 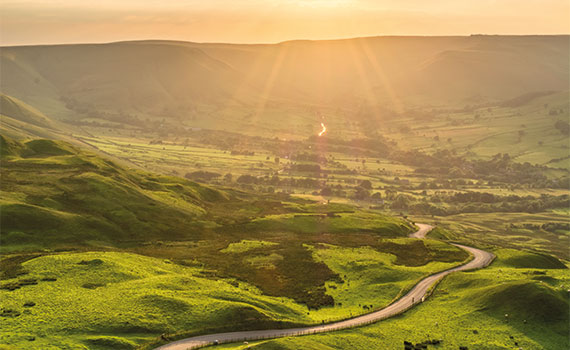 International Public Sector Accounting Standards (IPSAS), the public sector equivalent of IFRS Standards, have steadily gained traction over the past 20 years. Governments and public sector entities in more than 40 countries have adopted or are adopting accrual-based IPSAS or comparable standards. Just as IFRS Standards have been credited with bringing a more transparent and accurate financial overview of listed companies, IPSAS could radically change the practice of accounting and financial reporting in the public sector.

While the adoption of IPSAS is gaining momentum worldwide, implementation progress varies across the world. A new study from ACCA, IPSAS implementation: current status and challenges, provides a comprehensive summary of the progress of adoption, as well as the challenges ahead, in developing nations across the world (five important South Asian markets are covered in the box below).

The report is based on reviews of existing public information, academic research, and the views of senior public sector leaders. It shows that despite the many benefits of adopting IPSAS (see panel opposite), implementation progress in developing nations is slower than many had hoped.

Asia is no exception. Several countries in South Asia embarked on financial management reforms in the private and public sectors following the Asian financial crisis in the late 1990s. Funding from the IMF and World Bank came conditional on reforms, including adoption of accrual-based accounting standards. However, while India, Pakistan, Nepal and Bangladesh have all adopted standards aligned to cash-based IPSAS, they are yet to commit to accruals-based IPSAS.

Overall, the ACCA report recommends countries adopt ‘a clear strategy, with realistic timescales, milestones and resources’ to implement IPSAS. And professional accountants have a key role to play: ‘Governments and their public sector entities do not have to act on their own – the accountancy profession can, and should, assist. Professional accountancy organisations should consider what role they can play in increasing awareness of the need for transparent financial reports in the public sector, including – but going beyond – providing training on accounting standards. A partnership between governments, their public sector entities, the users of financial reports and the accountancy profession can achieve much.’

The public sector applies cash accounting based on IPSAS. Individual departments and public sector entities do not manage their own cash, which is centrally held. The Bangladesh public sector accounting function consists of a consolidated fund and a treasury single account.

Self-accounting entities (SAEs) report their transactions to the controller general of accounts for incorporation into monthly central accounts and annual finance accounts. However, many SAEs provide their information late, which delays the process, and their own accounting systems have limitations that affect the overall quality of financial reporting.

IPSAS have not been adopted, nor has an adoption date been set. The country uses cash-based accounting, although some accrual disclosures are made in financial statements. The Government Accounting Standards Advisory Board commissioned reports on adopting accrual accounting, and has issued accruals-based standards using IPSAS, but these have yet to be approved by government – strong project management will be needed to push through implementation. Overall, India’s challenges include differing states of readiness of entities for IPSAS adoption, and a lack of information on assets and liabilities across many public sector entities.

Cash-based public sector accounting standards, similar to cash-based IPSAS, were adopted for use by all public sector entities in 2009. Implementation has been long and challenging, however, hampered by a lack of trained finance staff and little stakeholder engagement.

Pakistan has aligned most of its cash-based accounting standards with cash-based IPSAS as a reporting framework for central government. Financial statements are a mix of Pakistan’s New Accounting Model reporting formats and IPSAS, and focus on budget compliance for the financial year. Accuracy, reliability and information timeliness hinder successful IPSAS implementation, as does lack of qualified staff.

Sri Lanka is the exception in that it has taken a phased approach to IPSAS implementation. So far, 10 Sri Lanka Public Sector Accounting Standards, which are equivalent to IPSAS, have been issued, but they are not currently mandatory (so most public sector financial statements are not fully compliant). Sri Lanka earlier announced that 21 IPSAS-equivalent standards would be adopted by 2012, but this has not been achieved.

Greater accountability and transparency. Financial statements prepared in accordance with IPSAS limit the scope for fraud and corruption.

Professionalisation and access to talent. The adoption of IPSAS has helped to professionalise the finance function and accounting across the public sector.

Government stability. Reforms brought about through IPSAS adoption can help to create a more stable government and investment climate.