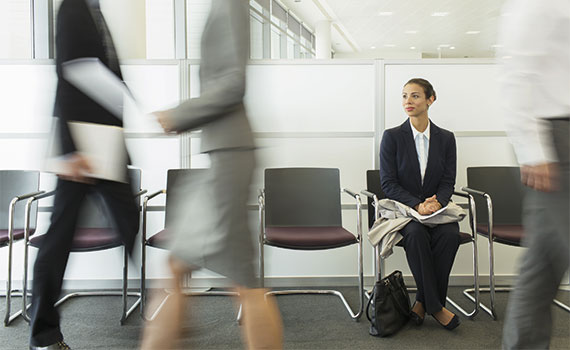 Talent shortages are forcing companies to look for new ways to source the skills they need. One historically under-appreciated source is returners – people who have taken extended career breaks and now want to return to the workforce. Often they are women going back to work after starting or raising a family, although they may also be those with caring responsibilities for older people (some, ‘the sandwich generation’, have cared for parents as well as children).

With the largest proportion of female members worldwide of any accountancy body (and their numbers are growing), ACCA is particularly interested in managing the potential of this largely untapped resource. ACCA chief executive Helen Brand, says: ‘Looking at our profession, the career promise is about offering flexibility and long-term prospects. The possibility of returning to work after a break is one aspect of this career longevity that we are looking to give our members.’

Getting back into the workplace can be daunting – particularly for those who have been living in a world of nappies and CBeebies. As Lisa Thompson, managing director and founder of the Blue Acorns professionals collective, says: ‘These highly skilled, experienced professionals know they have lost touch with up-to-date technical knowledge and skills. But even more crucially, after, say, five years out of the loop, they have lost confidence – and they need that to get back into the workforce.’

Cue return-to-work programmes designed to rebuild confidence and networks quickly. ‘Returner programmes provide an intervention,’ says Anne-Marie Taylor, founder of Ireland-based Career Returners. ‘They help people over the initial doubts to get back to the level they were at before their career break. What has tended to happen is they think they cannot return to the management level, so they go for an assistant job. They get the job, then after a short while they think “I could do the senior role”. A returner programme helps people to go back to the level they left.’

Goldman Sachs coined (and trademarked) the term ‘returnships’ in 2008 in the US, when it devised a formal programme offering a paid work placement, like internships for graduates. Many organisations have since copied this, with financial services and professional services particularly embracing the idea.

Deloitte claims to be first in the sector to the party. ‘Deloitte’s Return to Work programme, launched in 2015, was an industry first,’ says Emma Codd, Deloitte’s managing partner for talent. ‘Since then we have enabled 37 women in the UK to re-enter the workplace and restart their careers. We are incredibly proud of our programme and its participants, and look forward to seeing them go from strength to strength.’

While many businesses target their own former employees, which makes sense given they will have knowledge of the company culture and procedures, they do look and think more widely.

Natalie Gill, programme director of Timewise, a flexible working and hiring specialist, says: ‘We are talking to companies about innovative ways they can attract people back to work; the returner programme is one way to do that. Feedback we have from candidates is that they don’t want to be treated any differently from anyone else in the organisation. While they don’t want to be highlighted, they nevertheless recognise they have a gap in skills – whether that is technology skills, regulatory or legislation that has happened in the time they have been out of work.’

Gill also suggests that, where applicable, employers should recognise any skills acquired during a career gap. ‘Employers should not ignore the career break,’ she says.

For Gill, a fundamental part of the success is flexibility. ‘For returner programmes to work,’ she says, ‘it is imperative that companies build an element of flexibility not only into the programme itself, but more importantly, into the job or role that the returner will have at the end of the programme.’

Virgin Money’s ReCareer programme is typical of many. The company describes it as ‘a programme that will support, develop and inspire people who have taken a break from working for whatever reason, give them practical help and an opportunity to get into the career they want’. It is a 13-week professional internship during which participants join a team and take on a significant piece of work while receiving tailored returner coaching, mentoring and induction. Technical training ensures they are up to date with industry or professional changes. There are opportunities to network internally with senior members of the organisation, and a buddying system to ensure the returner enjoys the programme.

Sarah Kingsbury, co-chair of the women’s network at IHS Markit, a global information and analysis company, points out that ‘a returner programme is not free in terms of setup costs and administration, but at least they are now on employers’ radars. And with that comes an improved perception of those who have been out of the workplace, and the reassurance for those individuals that their career is not over.’

But she adds: ‘We must overcome unconscious bias, assumptions and perception barriers. Because someone has taken time out of work, there can be the sense that they are not as committed to the business or as reliable.’

Even with well-resourced returner programmes, not every story will have a happy ending. ‘At the end of a returner programme there is no guarantee there will be a job,’ says Taylor. ‘Both parties are eyeing each other to see if there is a fit. But it is at least a great opportunity for the company to see if it could work out and for the returner to try the workplace again.’

ACCA would like to be at the forefront of driving returner programmes. Brand says: ‘It is a waste of skills when people permanently leave the workforce. Our own members have gone through a challenging education and training process. They’ve gained great experience and having that permanently lost isn’t productive.

‘Our lives don’t go in straight lines, and the flexibility offered by returnships is important to individuals, families and communities. Returner programmes are part of the pattern of the way the workplace is moving.’

"After, say, five years out of the loop, people lose confidence – and they need that to get back into the workforce"

Can I really do this?

Guohui Cao FCCA has completed a returner programme with Deloitte. She had worked for another Big Four firm in London before returning to China for five years to care for her mother, who was unwell. She says it was a wonderful time: ‘The life experiences I had mean that I can deal with difficult situations in a calm way.’

Following her mother’s death in 2017, she returned to London to look for a similar job to the one she had left and found the Deloitte Return to Work programme. ‘I was thrilled my application was successful.’ This is a rigorous process, just like applying for any position. After completing an online application, Cao had a phone interview with a senior member of the Deloitte resourcing team, then face-to-face interviews with the director and subsequently the partner of the tax team.

She describes the 20-week programme as a ‘perfect opportunity that fitted my circumstances’. It involves working a four-day week, with tailored support to help the returner readjust to the workplace.

Workshops on business, markets, IT, technical and professional skills brought Cao and the others on the programme up to speed. Working in the banking group tax team, she has help from a sponsoring partner, team leader and a coach. ‘Senior colleagues got me involved and exposed to a variety of projects,’ she says. ‘They trusted me and encouraged me to the level I was at before my career break.’

After five years away, Cao says she did not feel very confident, particularly in her tax technical knowledge. She says the programme significantly boosted her confidence. She adds that returners have to be committed: ‘You need to work hard and learn quickly. You have to prepare yourself to meet the clients so you can perform your role.’ She also worked hard at networking.

While there are other ways to start over, Cao says that her experience of a formal returner programme has been overwhelmingly positive.

I wanted structure and support

‘I applied for the Virgin Money’s ReCareer programme because I was keen on returning to work after nearly two years away raising a young family,’ says Kathryn Barber, senior treasury reporting analyst in Virgin Money’s treasury department. ‘I was just getting to grips with this when the ReCareer opportunity presented itself. It was very appealing, because it offered a really structured approach.

‘The programme has been absolutely fantastic. The transition back to work has been made much easier than I imagined due to the support structure in place. My previous experience of returning to work after my first maternity leave was tough, but this time was much more positive. ReCareer encouraged returners to offer support to one another, and there was formal help from an external coach and internal HR colleagues. This was in addition to the support offered by the department I work in.

‘I have a role within the treasury team that draws on my skills from previous roles and allows me to develop new skills as I focus on developing my career with Virgin Money. I am delighted to have secured a permanent role now. I have met some truly inspirational colleagues and have benefitted immensely from the shared experience of the programme.’

ACCA aims to support those on a career break, voluntary or otherwise, to help ease their return back to work. It has launched a returning to work programme, consisting of guidance, case studies, conferences and a tailored job search facility for professional accountants.

The guidance offers insights on how to keep up with changes in the profession and how to relaunch a career. The conferences will provide returnees with the opportunity to network, learn from those who have already made that journey back into the workplace, and earn CPD credits. Visit accaglobal.com/returningtowork.

Returner training was given UK government support through a £5m fund announced in the 2017 spring Budget. The government aims to work with business groups and public sector organisations on boosting opportunities for women returning to work.

Jane Goldsmith, EY’s financial services talent partner, says: ‘Returner programmes provide an effective bridge back into the workplace. We’ve seen this in our own business. Our EY Reconnect programme provides a professional, paid internship for experienced individuals restarting their careers after an extended career break. The feedback from our pilot programme has been really positive. It’s helped us tap into a talent pool of highly experienced individuals.’