Who will settle post-Brexit tax issues in the North? 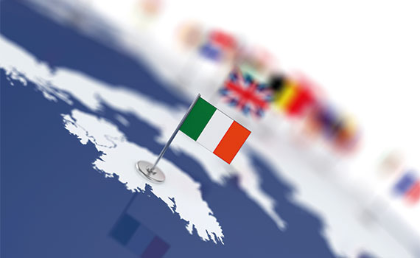 ACCA hopes that any agreed model defining the post-Brexit relationship between the European Union (EU), the UK, Northern Ireland and the Republic of Ireland will be as friction-free as possible regarding accounting rules.

Commenting while London and Brussels still debate how to avoid creating a hard land border between Ireland’s two jurisdictions, Chas Roy-Chowdhury, ACCA’s head of taxation, said he anticipated accounting legislation harmonisation would remain. This, he hoped, would be the case, even should the latest proposal  from the European Commission (EC) come to pass – that Northern Ireland would remain subject to EU laws within the EU customs union, while the rest of the UK would remain outside. ‘There probably wouldn’t be much daylight between the EU and UK accounting systems,’ he said, noting that both would adhere to IFRS.

Responding in detail to the EC’s plan in a draft UK-EU withdrawal agreement – UK Prime Minster Theresa May has stressed how Britain will do all it can to avoid a post-Brexit Northern Ireland-Republic of Ireland hard border. One of her three options would be the UK joining the EU customs union in everything but name: ‘At the border, the UK would mirror the EU’s requirements for imports from the rest of the world, applying the same tariffs and the same rules of origin as the EU for those goods arriving in the UK and intended for the EU,’ she said, indicating potential flexibility on the issue.

Meanwhile, ACCA is pressing for clarification on some key outstanding issues regarding the UK’s impending departure from the EU, as the EC consults on its draft withdrawal agreement, released on February 28.

Of key interest to Roy-Chowdhury is the length of time that the European Court of Justice (ECJ) will retain jurisdiction over elements of British tax law, following the UK’s planned departure on 29 March 2019.

Under the proposed withdrawal deal, this would kick off a short transition period to 31 December 2020, during which EU laws would continue to apply in the UK. But for some tax issues, the influence of European law and tribunals could live on for years beyond that.

Under article 95 of the draft deal, on indirect tax administrative cooperation, the Commission proposes that EU regulation (EU) No 904/201099 (which outlines how VAT information is stored and exchanged between member states) should apply in the UK for five years after the transition period – to 2025.

The same would apply to EU rules within directive 2010/24/EU on how member states help each other collect unpaid taxes and duties relating to any transactions that took place before the start of 2021. Here too, EU law would live on until 2025.

The problem, notes Roy-Chowdhury, is that there have been calls, including from within the UK, for the transition period to be extended to 2022, such is the large amount of administrative work required in unravelling Britain’s 45-year membership of the EU and its earlier incarnations, the European Economic Community and the European Community.

If this were to happen, then EU jurisdiction over these and other elements of UK tax policy could extend to 2027.

‘It’s to be expected when you have a really long-term relationship, that there are going to be some ongoing links until it is completely severed,’ says Roy-Chowdhury.

What UK and European accountants and their business clients need is clarity over these arrangements, so they can plan. As well as the timetabling, ACCA would also like details on what institution will sort out disputes between the remaining member states and the UK over these tax issues after the Brexit deadline has passed. Will it be the ECJ or some kind of special UK-EU tribunal? ‘We need to know about that. The sooner we do, the better,’ says Roy-Chowdhury.

Such institutions may have a long life indeed. Under the proposals, EU rules would continue to apply to pensions, taxes, social security and other benefits paid to past and current members of the European Parliament and their dependents, and also EU staff members living in the UK. This European legislation would continue to apply in perpetuity, given that it applies to work undertaken ‘after the end of the transition period in connection with activities of the EU pursuant to this agreement’.