A range of reforms represent a significant shift in the UK’s corporate governance framework and will have implications for businesses of all sizes, says Steve Giles 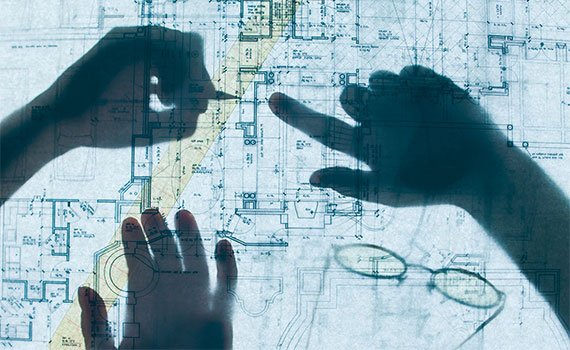 Corporate governance has been in a constant state of evolution since the publication of the original Cadbury Report in 1992. Periodically, the speed of change accelerates in response to specific circumstances. For example, senior executive accounting fraud at Enron, WorldCom and other large listed companies in the US led directly to the Sarbanes-Oxley Act of 2002. Years later, the failure of Lehman Brothers, Royal Bank of Scotland and other financial institutions during the global financial crisis of 2007-09 produced a tightening of laws, codes and regulations in many jurisdictions.

Now another wave of change is coming to corporate governance in the UK. Large organisations are subject to increasing scrutiny because their actions impact on a wide range of stakeholders. A combination of the failure to hold to account the boards of failed institutions during the crisis and continuing poor behaviour and governance by a small number of companies is potentially damaging to the reputation of big business. BHS is a good example and the recent collapse of Carillion has added to concerns.

The government’s ‘world-leading package’ of measures aims to enhance public trust in business. The Financial Reporting Council (FRC) is also conducting a fundamental review of the corporate governance code, incorporating the government’s suggestions. Taken together, these initiatives represent a significant shift in the UK’s governance framework, with implications for all large businesses, listed and privately owned alike.

The government announced its proposals, following consultation, in August 2017. Its objective is to raise significantly the levels of transparency and accountability in the UK’s largest companies, both to shareholders and stakeholders, especially employees. There are three key areas of reform.

The first is executive pay in listed companies. A mixture of new law and code revisions includes: annual disclosure of the ratio of CEO pay to the average pay of the company’s UK workforce; extension of the recommended minimum vesting period for executive share awards from three to five years; introduction of a public register of significant shareholder opposition (20% or more) to pay awards; and broader responsibility for remuneration committees to oversee pay and incentives across the company.

The second area is turning the governance lens for the first time on large, privately owned businesses. The FRC is to develop a voluntary set of corporate governance principles for large private companies. Also, all companies of a significant size will be required by law to disclose their governance arrangements in the annual report and on their websites. Indications are that 1,000 employees might be the size threshold. These measures could apply to large LLPs too.

The final area of reform is promoting the interests of employees and other stakeholders through directors’ duties. Under s172 of the Companies Act 2006, directors must take account of various interests (including employees, customers and suppliers) when taking decisions. All companies of a significant size will now have to explain how their directors comply with s172.

The government has also asked the FRC to amend the code to ensure employees’ interests are better represented at board level in listed companies. A new code principle will establish the importance of employee and stakeholder views reaching the board. In support, there will be a new code provision requiring companies to introduce one of three employee engagement mechanisms: assign a non-executive director to represent employees; create an employee advisory council; or nominate a director from the workforce. The government intends to bring the legislative reforms into effect by June 2018.

The FRC published its proposed revisions to the code in December 2017. Consultation ended in February, and the responses are currently being considered. The aim is to improve governance practices to promote the long-term success of listed companies and the continued attractiveness of the UK capital market to global investors.

Overall, the FRC’s proposals retain many elements of the current code but adapt others to reflect the changing economic and social climate.

There are three notable features that, if confirmed, will change the code’s appearance and breadth and help to improve the quality of corporate governance in the UK:

The FRC aims to publish a final version of the code during the summer, to apply to accounting periods beginning on or after 1 January 2019.

Steve Giles is an independent consultant, lecturer and author

"The governance lens has been turned for the first time on large, privately owned businesses"

Directors required to promote the interests of employees and other stakeholders