A look back at ACCA China's highlights and milestones

ACCA has enjoyed three decades of partnership in mainland China. We look back at some of the highlights 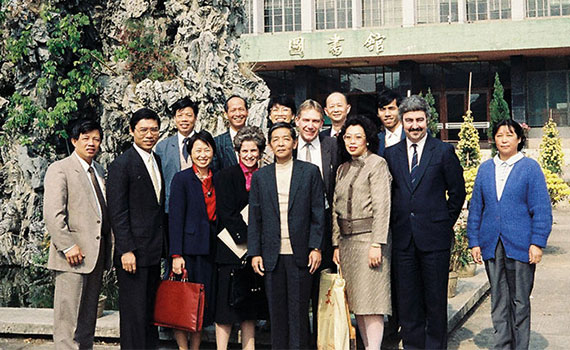 An ACCA delegation visits the China Association for International Exchange of Personnel, the Ministry of Finance and the Chinese Institute of Certified Public Accountants (CICPA), two weeks after CICPA’s establishment.

The first ACCA training programme is set up, at Shanghai University of Finance and Economics. Selected universities in Beijing, Guangzhou, Tianjin, Dalian and Wuhan set up similar programmes.

More than 100 graduates attend award ceremonies in Beijing and Shanghai.

ACCA opens an office in Guangzhou.

ACCA holds its first ‘Job Hunting Competition’ in Shanghai to help university students improve their employability. It has since become a national university competition. | Ping An becomes the first Platinum Approved Employer in China.

ACCA opens an office in Shenyang.