Heralded as a coherent sales tax for all India that would sweep away the complexity of the country’s manifold tax regimes, GST’s implementation has been roundly criticised 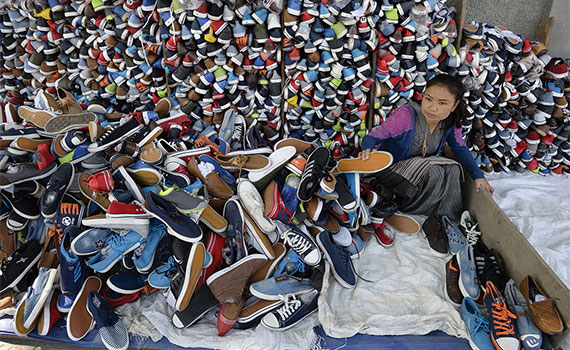 Designed to overhaul, modernise and harmonise India’s system of indirect taxation, the country’s new goods and services tax (GST) has attracted bitter criticism from businesses over a chaotic and haphazard introduction and implementation.

Mahadevan Subra Mani, senior director at Deloitte India in Mumbai, says that since GST’s formal launch in July last year, the government has made successive changes to several elements. ‘Businesses have found it difficult to keep pace,’ he says.

In the six months immediately after the introduction of the tax, for example, the compliance framework and tax return filing procedures were amended, and extensive adjustments have been made to the initial GST rates, causing huge disruption for businesses.

A PwC report released in February, entitled Over 200 days of GST: the road ahead, notes a further complexity: products classified in one way for import tariffs are classified differently for GST. Take footwear. For tariff import purposes, a pair of shoes attracts the same rate of duty regardless of its selling price; but for GST, while footwear at the upper end of the price range attracts a GST rate of 18%, cheaper shoes costing 500 rupees (US$7.48) or less attract a 5% rate. The intention is to protect poorer citizens in a country that still suffers from serious poverty, but the disparity complicates what is already a complex system.

The PwC report describes India’s approach to determining tax rates as ‘unique’. Unique it certainly is, but not necessarily in a wholly positive way. ‘Effectively, in many cases, the government has chosen to levy the tax on the basis of the [wealth] status of the buyer, instead of the product itself, and this has resulted in a great deal of complexity,’ the report declares.

And in certain cases, rates vary according to whether goods are sold in the traditional way or online – something that does not happen in other countries, according to the PwC report. For instance, goods procured through e-commerce require additional administrative steps for GST returns.

Chas Roy-Chowdhury, ACCA’s head of taxation, says India could learn some valuable lessons from the GST implementations of more established economies around the world. ‘The European Union has a highly sophisticated VAT system, which India should consider in depth, as it would give many pointers as to how best to undertake any future changes and deal with anomalies and complexities,’ he suggests.

The government has been criticised for delays in granting tax refunds for exporters. Under the previous national and state sales tax system, exporters could import components required for finished products without paying duty. Now they have to pay GST on imported parts, just as if they had bought them in India – although they can subsequently claim a refund of the GST paid.

‘Government promised that refunds would be paid within 30 days, but six to nine months later refunds have still not been received,’ says Hinesh Doshi, vice president of the Chamber of Tax Consultants in Mumbai.

Doshi is frustrated at the documentation and administrative effort needed ‘to get your own money back’, and says that even small mistakes in filing can hold up refunds. He adds that problems with the GST network server installed to handle returns have pushed accounting and book-keeping hours above the initial estimates. ‘We had budgeted our costs based on certain man-hours required for the task, but the server is so slow it takes three times the expected man-hours,’ he says.

Dharmesh Panchal, a partner at PwC India, says there were challenges from the outset. When the first GST returns were due in August, the system crashed under the weight of filings. However, he says the government’s GST Council responded quickly with a revised compliance process and the network has since stabilised.

However, even these good intentions have caused additional problems. In an attempt to simplify the process, the government reduced the frequency of GST return filings from three per month to one, but this resulted in a change in file formats. ‘It forced the companies to make major software changes,’ says Mani. ‘Companies that had standalone software were not as badly affected, but those with enterprise resource planning-based software had to spend more time.’ Multinationals with cloud-based enterprise resource planning systems hosted outside India faced problems with getting data for GST compliance, Panchal adds.

For accountancy firms, the advent of GST brought an initial surge in consulting business. But, according to PS Kumar Brahmayya, a partner at Chennai-based firm Brahmayya & Co, consulting opportunities for routine GST education will be scarce by next year as in-house knowledge should be widespread by then.

Meanwhile, Panchal says GST has not prompted a surge of price-hikes, and inflation remains under control – just above 5% this year so far.

However, revenue collection has not matched expectation, prompting another initiative to counter tax evasion. Government is now rolling out an e-way bill system that tracks goods moved between India’s states and analyses the resulting data to establish where more goods have been moved than declared through the GST system.

According to the PwC report, though, this measure has the serious drawback of undermining one of the main goals of the GST: to remove trade barriers between states. The scale of last-minute challenges faced by GST payers in generating documents for presentation at state borders also led the government to defer e-way’s planned introduction on 1 February, although some states went ahead anyway, spawning divergent practices across India and a temporary weakening of the national integrity of GST.

In the medium term, the Indian government plans to expand GST to cover products such as electricity, real estate and petroleum products. It might be advised to hold off on doing so until the current implementation issues have been resolved. Overall, though, Mani is optimistic. ‘The new measures will take some time to settle down but ultimately GST will throw up tangible benefits for the economy,’ he says.

"Government promised that refunds would be paid within 30 days, but they have still not been received"