Irish corporation tax is highly competitive, but is it sustainable?

Ireland’s competitive corporation tax regime is proving attractive to foreign multinationals, but doubts are emerging about its sustainability 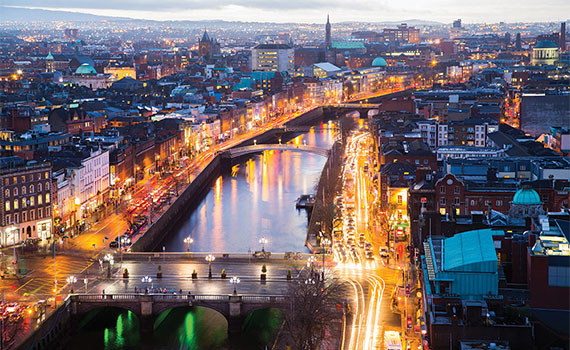 This article was first published in the September 2018 Ireland edition of Accounting and Business magazine.

The concentrated nature of corporation tax receipts represents an unacceptable level of risk to the sustainability of the corporation tax regime and to overall Exchequer income, according to the Dáil Public Accounts Committee (PAC), which has called on the Department of Finance to review the regime and bring forward proposals to address this.

The Irish Fiscal Advisory Council has attempted to quantify the potential impact of the exit from Ireland of a large, foreign-owned multinational firm using a scaled-up scenario and calculates the direct impact would cut government revenues by over €330m, close to 0.5% of total revenue in 2016.

‘The overall effects would be larger when considering other consequences such as higher unemployment payments, lower value-added taxes from consumption, potential reskilling of specialised labour supply, and other indirect impacts,’ IFAC states.

Grant Thornton tax partner Peter Vale says it is difficult to see what further measures can be introduced to address overdependence on a small cohort of corporate tax payers without destabilising economic growth.

‘The priority should be to examine what needs to be done to ensure the sustainability of the current level of corporate tax receipts. We are limited in what we can do as external factors, such as the global economic climate and overseas tax reform, drive much of the corporate tax figures. We can, however, ensure that our own regime remains competitive. We also need to carefully consider how we implement required changes driven by both the OECD and the EU. This will be a key element of the department’s corporate tax roadmap document to be published later this year,’ Vale said.

One option would be to remove the 20% surcharge which applies where close companies don’t pay out certain profits to their owners within a specific time frame, suggests Deloitte’s Tom Maguire, arguing that it ‘actively discourages reinvestment of funds to allow such businesses to live, thrive and survive’.

‘Thriving means more tax, be it corporation tax or income tax, would be paid anyway,’ he pointed out.

Another recommendation in the PAC report relates to companies’ use of trading losses. PAC wants greater priority to be given to the sustainability of CT receipts on an annual basis and says the Department of Finance should consider introducing a ‘sunset clause’ and/or other restrictions in respect of losses carried forward.

‘There seems to be some momentum growing towards a restriction on the utilisation of tax losses carried forward by companies, with a cap on the number of years for which they can be carried forward. Similar restrictions exist in many other developed countries, with the UK introducing restrictions last year,’ said Vale, who thinks a ‘sunset clause’ that provided for a ten-year expiry date for tax losses would be unlikely to have a significant adverse impact on companies.

‘However, if we were to introduce rules which ensure that a portion of profits remains subject to tax each year, similar to the US and UK, regardless of the level of tax losses carried forward, this would have a more immediate adverse impact and potentially create cashflow issues for companies,’ he added.

PAC also examined Real Estate Investment Trusts (REITs), which offer a tax-efficient vehicle for property rental investments and are common in many countries. PAC says the high percentage of Irish real estate owned by non-Irish and non-EU institutions, who may be liable for tax in other jurisdictions, poses a risk to Ireland’s tax base.

In 2016, significant changes were made to the taxation of Irish property funds generally, but not to REITs.

Said Vale, ‘Broadly, the 2016 changes ensured that most overseas investors in Irish property or Irish property-related debt suffered a 20% withholding tax on profits earned from their property funds. The PAC report suggests that REITs might be used by non-resident investors as a means to avoid tax on the disposal of Irish property-related assets and should also be looked at. Investors crave certainty and it is important that any proposed changes to the tax treatment of REITs/regulated funds are carefully considered. We need to protect our tax base but we also need to protect ourselves; we want to avoid investors viewing any discreet REIT changes as the start of a wider campaign that will reduce the attractiveness of Ireland as a place in which to do business.’

The PAC report also looked at the effects of double taxation agreements and ways to measure the effective rate of corporation tax on company profits.

"We are limited in what we can do as external factors, such as the global economy and overseas tax reform, drive corporate tax figures"