Why SMPs must embrace the potential of digitalisation 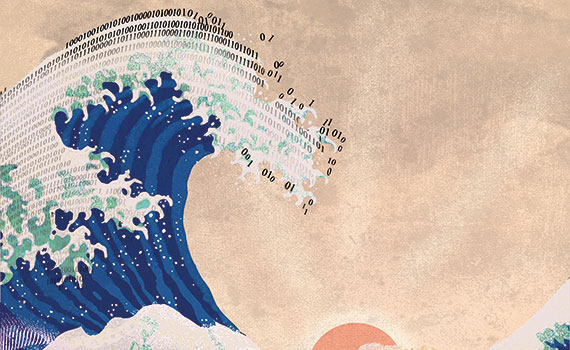 Small and medium-sized enterprises are the engine of most economies, and their professional accountant advisers – often in small practices themselves – play a vital role in guiding and supporting them. In this respect, the health of a nation’s smaller accountancy practices significantly contributes to the performance of the economy.

There is an area, though, where small and medium-sized accountancy practices (SMPs) risk falling behind, and that is in taking full advantage of new technology. As ACCA’s report, The passionate practitioner: developing the digitalised small and medium practice, says: ‘Digitalisation represents the greatest opportunity accountants have had to transform their businesses since the invention of the spreadsheet.’ Technological innovations are changing the role of the accountant, taking the strain out of repetitive tasks and freeing up accountants to act as business partners and advisers.

But while accountants have historically taken the lead as early adopters of business information technology – the finance function was among the first to be automated – there are concerns that smaller practices are being too slow in embracing the potential of digitalisation, says the report: ‘There is a sense that small-business accountants may be lagging behind, with many still working in a desktop or even paper-based environment in an increasingly cloud-based, digital world.’

ACCA’s report takes a detailed look at the benefits of digitalisation through the eyes of a range of early adopters who have been at the forefront of the digital transformation of the accountancy practice. Through a series of case studies and real-life experiences, the report sets out clearly the benefits of digitalisation for smaller practices, as well as a broad implementation roadmap.

The report argues that ‘those working with the SME sector now have an unprecedented opportunity to act as true business advisers’. But there is another perspective to consider, it adds: governments are increasingly moving towards the collection of tax data by electronic means. In other words, embracing the digital agenda is not just expedient, it is an imperative.

The case for accountants to adopt these technologies has never been stronger. Yet, as the report recognises, the number of options, applications and suppliers available means that implementation can be intimidating and confusing. The report sets out an implementation roadmap, derived from the lessons gathered from early adopters. It splits implementation into three stages:

The report adds that digitalisation is not just about adopting the necessary technology. It also requires a fundamental adjustment on the part of accountants. The bedrock of digitalisation is the adoption by accountants and clients of cloud-hosted digital accounting software, but nothing will change if accountants carry on working exactly as they did before: ‘Success in adopting this model enables accountants to reposition themselves as people who can add value through strategic advice, using data collected from clients. Success in this model requires a different approach to skills and talent from that of the traditional SMP. Having the skills to translate data into value-adding information and then to provide effective and constructive commentary is essential: the accountant as the true trusted adviser.’

The report looks ahead, describing the accountant of the future as ‘a diverse individual. It would be no exaggeration to describe them as a cyborg: when a business communicates with its accountant, the latter is also in touch with all the business’s financial data, and the accountant’s human brain is augmented by apps, tools and artificial intelligence.’

If that sounds daunting, there are comforting words from the practices that have already successfully travelled the path towards digitalisation. In all of the discussions, says the report, one word cropped up more than any other – love. ‘Digital accountants have told us that they love the digital technology that can make their lives easier, they love the like-minded clients they work with, they love accountancy itself – they love their jobs – and their lives.’

The win-win of technology

ACCA’s report The passionate practitioner: developing the digitalised small and medium practice sets out some of the benefits of digitalising an SMP, including:

Managing the workload across the year – staffing levels are no longer determined by peak demand, which also gives clients better visibility of their business and tax liabilities

Enabling flexible working, allowing accountants to transcend time, space and other limitations, such as disability, family and caring responsibilities.