The planned changes to entrepreneurs' relief 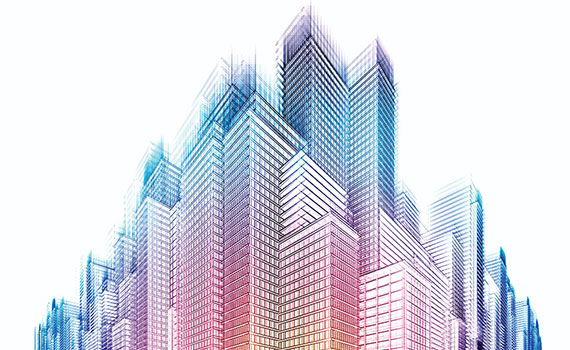 Amid the flurry of consultation documents that emerged from the chancellor’s spring statement in March were the details of the previously advertised changes to entrepreneurs’ relief (ER). First put forward in last November’s Budget, the consultation focuses on how the relief can be adapted so that the original backers of a venture do not miss out if their shareholding has been diluted as the business grows.

It is a proposal that has been met with universal approval, though inevitably the detail needs to be carefully reviewed to ensure there are no unintended consequences or opportunities for aggressive tax planning.

Individuals will be allowed to elect to crystallise gains in their shares immediately before their holding is diluted. The taxpayer will be treated as having sold and then immediately reacquired their shares at market value. However, the dilution of the individual’s shareholding must be a result of an issue of shares made by the company for ‘genuine commercial reasons’.

Chas Roy-Chowdhury, head of tax at ACCA, welcomes the move. ‘It’s a sound proposal because if there’s a chance that an entrepreneur won’t get the relief, then that is not fair,’ he says. ‘To have a notional crystallisation is a good idea.’

This view is backed up by Deloitte, which says in a brief note that enabling ER to be retained after a company raises external investment is a sensible measure to support business growth, as it encourages entrepreneurs to remain involved with business, and should go some way towards ending the dilemma between increased personal taxation and limiting growth due to concerns around raising external finance.

Under the current regime, first introduced in 2008, entitlement to the current 10% rate of capital gains tax is lost when an individual’s personal stake in a business falls below 5%. The government now recognises that this conflicts with the intended purpose of ER, as it can act as a barrier to growth for some firms, which one can understand given that the objective of ER is to promote enterprise by offering a reduced rate of tax to individuals who, with significant initiative and risk, have contributed to the creation and growth of a business.

As the government argues in its consultation, in cases where an individual does not want, or is not able, to make further investment, they may choose instead to leave the company, or decline to seek funding that could help the business grow. In its ‘Financing growth in innovative firms’ consultation, the government heard that some respondents believed the current set-up was causing individuals to exit their company early to retain the relief, as opposed to continuing to support and grow the business after a round of fundraising.

David Kilshaw, private client services partner at EY, says that in practice this often meant the original founders – who had the entrepreneurial idea in the first place – did not benefit from ER, as by the time of exit their share interest had been diluted to raise funds for growth. ‘From 6 April next year this problem is reduced,’ he says. ‘Taxpayers can elect to bank their ER before they are diluted below the 5% threshold. Moreover, there will be no tax charge until the shares are actually sold.’

The government wants to remove such barriers in ‘a fair and proportionate way’, a move welcomed by tax advisers and business leaders. ‘Entrepreneurs’ relief can act as a significant incentive for small and growing businesses,’ says Alex Henderson, tax partner at PwC. ‘The loss of the relief for some companies looking to raise capital by issuing shares had proved a barrier to growth. Even entrepreneurs who were not affected will welcome this sign of tangible support from the chancellor.’

Roy-Chowdhury recognises that the legislation needs to be worded as tightly as possible to discourage tax avoidance schemes, but believes the relief could be extended further to encourage more entrepreneurialism. ‘In a post-Brexit environment, these are exactly the sort of people we want to encourage,’ he says.

The qualifying conditions for the relief depend on the type of asset involved. The conditions relevant for gains made on shares are as follows:

The claimant has been an employee of, or office-holder in, the company, or in one or more companies that are members of the trading group

These qualifying conditions must be met for the 12 months up until the point the shares are disposed of.

A brief history of ER

Following the 2008 Budget, when a flat 18% capital gains tax rate was unveiled, the government created a new scheme to compensate business owners who would previously have paid 10% tax on the sale of their businesses when maximum taper relief was applied. This was one of a number of measures the government at the time announced to promote entrepreneurialism via the tax system.

ER initially allowed business owners to pay the same 10% rate on the first £1m of business sale proceeds. In Alistair Darling’s final Budget in March 2010, the chancellor doubled the lifetime allowance to £2m. The limit was further extended to £5m in George Osborne’s Emergency Budget, effective from 23 June 2010.

Osborne then extended the lifetime limit to £10m in his 2011 Budget. This limit has remained unchanged since, but Osborne’s replacement Philip Hammond announced in his autumn Budget 2017 that he would be reviewing the system.