Due diligence and crowdfunding platforms

If crowdfunding platforms aren’t being sufficiently rigorous with the information they give to investors, should we regulate them more strictly or just improve enforcement? 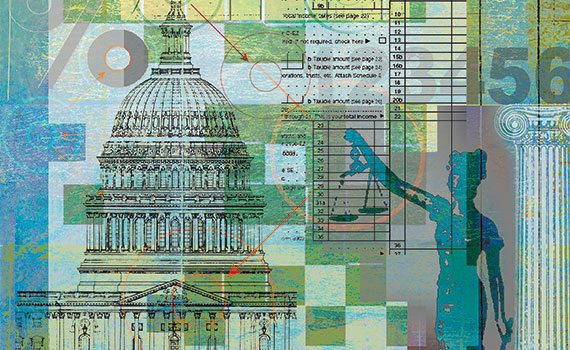 A one-page document filed at Companies House in the middle of April 2018 marked the end of Sustainable Power, when shareholders of the company, which had raised £1.8m in 2014 through crowdfunding, voted for a voluntary liquidation. After the business – which designed highly efficient boilers – ran into difficulties, investors claimed that it had exaggerated commercial interest.

Such stories raise the risk of giving internet-based crowdfunding platforms a bad name, with inevitable calls for better – ie tougher – regulation from the Financial Conduct Authority (FCA) and the European Commission.

Lawyer Richard Tall, corporate partner at Faegre Baker Daniels, says that what the crowdfunding platform sector needs is good practice to drive out the poor. He believes that existing regulation properly applied could solve many of the apparent problems.

Under current FCA regulations, retail investors (excluding sophisticated and high net worth individuals) can invest 10% of their investable assets (excluding house, pension and life insurance) into equity crowdfunding. Tall describes this as ‘a tickbox exercise’, adding: ‘The authorised person [the platform] has no obligation to confirm the investor is not investing more than 10%. They just tick that box and that gives them access to crowdfunding sites.’

Julia Groves, partner and head of crowdfunding at investment manager Downing, says a distinction must be made between ‘wildly different’ types of crowdfunding – debt and equity. ‘Lending accounted for 90% of the UK crowdfunding market in 2016,’ she points out, ‘and here more bank-style due diligence can be done, with assets to value, cover ratios to test and, in some cases, security on offer.

‘Equity is for earlier-stage businesses; the vast majority raise cash under EIS [the Enterprise Investment Scheme tax break], and statistically we know the majority will fail.’ She says little due diligence can be done, as the startups are often pre-profit, sometimes even pre-revenue. ‘These companies have a limited track record, few assets and can be hard to value, and as a result there is not much due diligence that any financial adviser could do.’

Far end of the risk spectrum

Due diligence in equity focuses on management team, sector, product and intellectual property. John Auckland is founder of TribeFirst, a crowdfunding communications agency that has helped raise £4m for over 20 companies on different platforms. He says: ‘Crowdfunding shouldn’t be trying to act like an entry-level IPO [initial public offering], because it’s at the far end of the risk spectrum, outstripped perhaps only by gambling. I would much rather time and effort went into educating investors and ensuring they are aware of the risks while still being sure the obvious scams and cons are picked up.’

On the other side of the equation is the company seeking to raise finance. Corporate communication – the information that is published on the crowdfunding platform – is a financial promotion under section 21 of the Financial Services and Markets Act 2000. Under section 21, an authorised person – in this case, the crowdfunding platform – must ensure the fundraising information is fair, clear and not misleading. ‘The regulatory system would not need to change if the crowdfunding platform were doing what it was meant to be doing,’ says Tall. ‘Fair, clear and not misleading means scratching the surface of the offering company and saying, yes, we have checked it out to a degree.’

This is happening. For instance, the Crowdcube platform’s due diligence charter says Crowdcube ‘approves every pitch on the platform to ensure it is fair, clear and not misleading’. And it promises to act with integrity, diligence and transparency. It also sets out the due diligence that it performs pre-live, during the live pitch and post-funding.

That addresses Tall’s point that it is not enough for crowdfunding platforms to rely on standard-form risk factors that state no due diligence has been performed. Tall says: ‘The FCA needs to make it clear to the platforms that where there is not a lot of public information available, it is incumbent on them to disclose what is going on.’

He is clear on next steps: ‘If I were the regulator, I would issue some guidance on what is expected within the framework of existing rules. If the industry does not want to play ball, then issue new rules.’

The FCA says: ‘We want a sector that can innovate, compete and challenge established firms and business models without putting consumers at unacceptable risk. We will finalise the proposed new rules and publish them for consultation in 2018.’ And the European Commission has recently promised to help boost the market by setting up a passporting scheme to protect investors with shared rules covering disclosure, risk management and coherent supervision. How that will impact the UK post-Brexit is unknown.

The industry would fight heavy regulation. A Crowdcube spokesperson says: ‘While we welcome the FCA’s ongoing scheduled review, we believe existing regulation strikes the right balance between investor protection and supporting a vital source of investment for the UK’s vibrant SME market.’ There is a fear that adding to the costs of raising capital would reduce to a trickle the flow of companies that can raise funds this way, stifling the UK startup scene.

‘If you want a more regulated investment, invest in listed companies,’ says Auckland, adding: ‘If an investor dislikes the limited disclosure and light-touch due diligence approach inherent in crowdfunding, perhaps it’s not the right asset class for them to be investing in.’

For Groves the key is transparency and regulation. She says: ‘The first rule of regulation is disclosure. If we don’t do enough to satisfy the regulators, we are going to end up being restricted on who can invest in what. Platforms have a responsibility to provide the level of disclosure that allows investors and their advisers to assess risk and return.’

"If you want a more regulated investment, invest in listed companies"