John Kattar takes us on a short journey down the rabbit hole of one of the most perplexing phenomena of the modern monetary landscape: negative interest rates 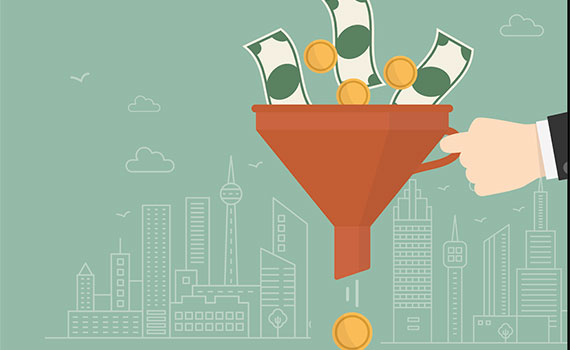 ‘I would gladly pay you Tuesday for a hamburger today.’ So said J Wellington Wimpy, the burger-eating character in the Depression-era comic strip Popeye. Most people feel the same – they’d prefer to have money, hamburgers and most other things sooner rather than later. The time preference of money is well established in economic theory. To convince someone to lend you money, you generally have to pay them interest.

In recent years, and despite what economic theory and common sense may say, negative interest rates have emerged in many countries – not just in bank rates directly under the control of central banks, but also for large-balance deposits at some commercial banks, in corporate bond markets, and well out along the curve for government debt. We have even begun to hear arguments from respectable economists and policymakers for deliberately pursuing these policies.

But do negative interest rates make sense? Would any rational person or company actually pay to lend someone else their money? The short answer to both of these questions is no. And yet here we are. Buckle up as we take a short journey down the rabbit hole of one of the most perplexing phenomena of the modern monetary landscape.

As I write this, among major economies, Germany, Japan, France, the Netherlands and Switzerland currently have negative interest rates on government debt out to 10 years. The UK has negative rates out to two years. Although the US has positive rates, President Trump has recently voiced his support for negative rates. As the US dollar is the world’s reserve currency, such a move would have unpredictable, and potentially problematic, consequences – a scenario best left for another article.

Negative rates as a deliberate policy has its roots in the idea that if you discourage people and businesses from saving by charging them interest on their savings, they will spend more and thus stimulate the economy. There is some evidence that this is so, at least in the short term. However, other research shows that some people behave in exactly the opposite way: when they realise their savings will not generate enough income to retire comfortably, they compensate by saving more. Yet another reason for the popularity of negative rates with policymakers is that they reduce the financial burden on debtors, especially the largest and most important debtors of all – governments around the world. This is no small advantage in a world of spiralling government spending and deficits.

Regardless of the objective, how did negative interest rates come about? The phenomenon is closely related to the practice of quantitative easing (QE), which involves central banks buying up ever larger chunks of government debt. QE arose out of a desire to ease monetary policy at a time when interest rates were at or near zero.

But as central banks came to own ever greater swathes of the bond market, a new idea emerged – why not push interest rates below zero? Since central banks are effectively controlled by governments, the same entity represents both the buy and sell side of the market. That entity can therefore pretty much name the price at which that market trades – a convenient state of affairs if you are a policymaker who wants to lower the cost of government borrowing.

Central banks operate according to their own policy objectives, but why would anybody else buy a bond requiring them to make further payments as long as they own it? Surely it makes more sense to hold cash at no interest. So why do it?

Well, for starters, while you and I may be able to withdraw our money from a bank that wants to charge interest and stick it under the mattress, that’s not so easy for a large corporation with billions of dollars. It would need an awfully large mattress, and then there is the problem of protecting the cash from theft. So some people might be willing to pay a little for a secure and convenient place to park their money – but only a little.

The bottom line on negative interest rates is that they are possible to a limited extent only – the rates cannot be very negative, and they can take place only in a few markets dominated by official players such as central banks, and only as long as there are no good alternatives.

Don’t expect, for example, banks to pay you interest on your mortgage. Potential policies to limit alternatives, such as eliminating cash itself, probably won’t work well; people are very creative at creating cash equivalents. Amazon gift cards and prepaying expenses such as taxes are examples. For larger sums, I’ve no doubt that imaginative investment bankers in New York and London could create structured products that would fit the bill.

Whatever policy advantages negative interest rates may seem to have, there are downsides as well. Pensioners, insurance companies and banks are some of the players who find it difficult to cope or even survive in low or negative rate environments. There is also the possibility of market distortions leading to poor economic outcomes, such as overinvestment in uneconomic projects.

My guess is that negative interest rates will in time be viewed as a curious policy experiment that was more trouble than it was worth, and will gradually disappear. But who knows? The rabbit hole may yield a few more surprises yet.

John Kattar is a professional investor.

"Negative interest rates reduce the financial burden on debtors, especially the largest and most important debtors of all – governments"