What angel investors look for in a startup

Investment in startups has taken off since the government introduced tax incentives, but competition for angel investors is fierce. So what are they looking for? 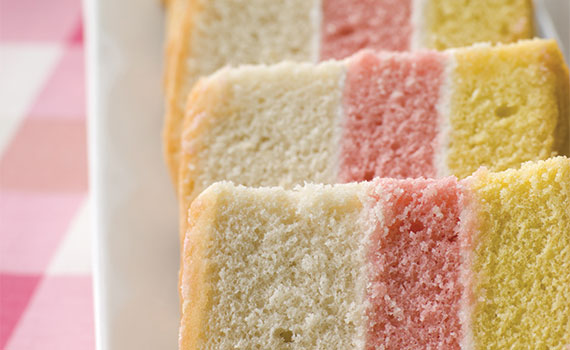 Despite reports of startup numbers dropping by 10% in 2017, partly owing to the government clampdown on ‘disguised employment’, the angel investment market is going from strength to strength. The UK has some way to go to catch up with the scale of the movement in the US (see box), but many innovative SMEs here are feeling the benefit of government incentives.

It was George Osborne who, as chancellor in 2012, introduced the Seed Enterprise Investment Scheme (SEIS), offering significant tax incentives to investors – or ‘angels’ – in small early-stage companies.

SEIS is an international scheme; the relief offered by the UK government is open to any company in the world provided they either set up a fixed place of business in the UK or have an authorised representative. In addition, UK companies can raise SEIS funding for overseas subsidiaries. Research suggests that 87% of angels used SEIS, or its less generous sibling EIS, in 2016.

In the UK, a typical angel may make two or three investments a year, putting £5,000 to £10,000 in each. Or they might invest in an SEIS fund, which will have a portfolio, thus diversifying risk.

The UK Startup Funding Club (SFC) has made 100 angel investments in its five-year history, including in overseas entities. Chief executive Stephen Page is a former software industry entrepreneur. Many angels are enthusiastic entrepreneurs like him, investing expertise and cash after having sold their own enterprise; often they are wealthy City executives.

‘Every night of the week, well connected angel investors can attend pitching events, with four or five companies asking for funding; investors don’t have to go far,’ says Page.

Investors are looking for the hard return of a big payback from winning startups, and the equally satisfying ‘soft return’ of being involved. Angels often invest in sectors that they know and where they can offer the most insight, lending their expertise by sitting on the board or providing specialist advice when required. This skills and knowledge transfer seems to have an impact, as US research suggests angel-funded startups do better than counterparts without this type of funding.

There is a significant difference between angel investing and crowdfunding – where a lot of people contribute a small amount of money, £50 or £100, to projects or ventures through online sites. ‘The difference is that an angel will remain interested in, and in touch with, the investment,’ says Page.

There are a lot of startups out there to invest in, so the chance of attracting an angel is slim. In the course of a year, up to 2,000 businesses will pass across Page’s desk, but about only 30 will make it through the various stages to funding.

‘We’re often more interested in startups if they’re in a team – perhaps a founder with a couple of others helping.’ Page also looks for entrepreneurs who have qualities such as determination and perseverance. ‘And they shouldn’t be draining the company finances by taking a big salary. We turn away a lot where founders have come from big corporates and want a substantial pay-packet; they’re not entrepreneurs.’

Investors also want to be clear exactly what gap in the market is plugged by the product they’re investing in. At this early stage, the product or service is often little more than a gleam in the eye. Pre-revenue, angels look for third-party validation of the product.

In funding there is always a tussle over valuation. Sounding as if he is straight out of an episode of Dragons’ Den, Page says: ‘We see stupid, illogical valuations – say, £1m when they should be £200,000-£400,000 – and no prototypes or anything to show.’

Overpricing stems from founders’ aversion to giving away too much ownership for too little money. The answer for the funding-seekers is to break the investment down into stages: the first minimum funding can help prove the concept and validate the steps the company is taking, which means later stage investing – perhaps even after securing some sales – can be closed at a higher valuation.

As for success stories, Page cites Onfido, which uses machine-learning technology to help businesses digitally confirm people’s identities. It received initial angel investment of £150,000 four years ago. Its client list now includes Deliveroo and Zipcar, and last spring it raised $30m. While the current valuation is not public information, Page says that some initial angel investors sold some of their shares in May 2017, realising a tax-free gain of 70 times their original stake after SEIS tax relief.

While tax breaks have helped the US and the UK become hotspots for angel investing, early startup financing happens around the world. The Angel Investment Network lists nearly 60 countries on its site linking investors with companies.

The future of angel investing depends on general factors such as political and economic developments. But specific factors are also at play. Tax relief underpins this market, so if it was to be removed or reduced, there would of course be an impact. But, more importantly, angels themselves need to keep committing their time and money to get startups to fly.

"We turn away a lot of applicants where founders have come from big corporates and want a substantial pay-packet; they’re not entrepreneurs"

The world’s largest angel market is the US. It too has had a boost from the revenue service. In December 2015 Congress made permanent the provision of 100% tax-free gains on startup investments, up to $10m per investment. The median investment is $25,000.

Over 60% of US angels are based outside Silicon Valley, Boston and New York. As in the UK, men dominate the investor pool: 14% of UK angels are women; in the US the figure is 22% but that rises to 30% of new angels.

Most UK angels invest in five or fewer companies each year and expect to hold investments for three to five years.

The top three sectors invested in by angels are healthcare and digital health, biotech and pharmaceuticals, and fintech.

Around 80% of angels invested through a syndicate in 2016.

Angels tend to co-invest with others such as angel syndicates, venture capital funds, crowdfunding platforms and grants such as Innovate UK.

Angel portfolios have performed well in 2016: on average 43% of an angel’s portfolio experienced high turnover growth (over 20% increase).