Leaders who prioritise the well-being and growth of an organisation and its stakeholders may inspire employee performance, says Dr Rob Yeung 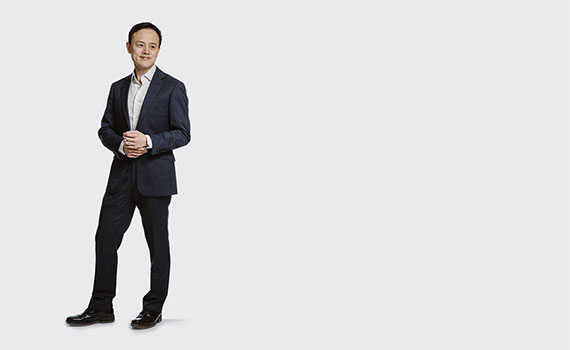 There is something of a paradox regarding leadership: evidence suggests that too strong a focus on financial results may be somewhat counterproductive. A recent study led by Baylor University’s Matthew Quade found that leaders who are very focused on the bottom line may end up hampering the performance of their employees. In contrast, those who engage in what’s known as servant leadership may actually inspire employees to perform more strongly.

Servant leadership is an other-oriented leadership approach that prioritises the well-being and growth of three main groups: subordinates, the organisation as an entity and the wider community outside of the organisation. A just-published analysis of 130 prior studies on the topic found that the behaviours associated with servant leadership were statistically linked to positive outcomes at both the individual and team level. That does not mean that servant leadership is either necessary or sufficient for organisational success. However, leaders who adopted more of this approach tended to get better performance not only from individuals; those individuals tended to work together more productively as teams, too.

Empowerment is the extent to which leaders develop a positive, self-confident attitude among employees. For example, this is measured by employees’ response to statements including ‘My manager helps me to further develop myself’ and ‘My manager enables me to solve problems myself instead of just telling me what to do’.

Stewardship is the extent to which employees agree or disagree with statements such as ‘My manager emphasises the societal responsibility of our work’ and ‘My manager has a long-term vision’.

Humility requires that leaders not only learn from criticism when they receive it but also actively seek it from appropriate stakeholders.

Standing back is a measure of the extent to which leaders are willing to highlight the strengths and achievements of their subordinates. For instance, leaders are judged to be stronger at this factor when employees agree with the statement ‘My manager appears to enjoy his/her colleagues’ success more than his/her own’.

Those five factors emerged as so-called ‘primary’ aspects of servant leadership. However, several others were also found to predict employees’ well-being and performance. As just one example, forgiveness is the degree to which leaders are understanding and accepting of mistakes and failures. Unfortunately, some leaders continue to criticise employees for past blunders or faults.

Thinking about leadership in general, it can sometimes appear as if only forceful, charismatic leaders succeed. However, studies on servant leadership suggest that quieter servant leaders may also be able to deliver results for their organisations, albeit in a very different fashion.

Unfortunately, history tells us that leaders can flourish without some or even all of the factors associated with servant leadership. You may personally know managers who were weak at empowerment, standing back or any of these other factors, yet still achieved financial results. However, the best way of thinking about these factors is that they are generally beneficial in most instances, but not all – in the same way that eating more vegetables and doing physical exercise are generally beneficial but cannot guarantee good physical health in 100% of individuals.

Q I hate giving presentations or even updates in team meetings. I feel my heart race and I worry constantly that I will say something that could make me look stupid. How can I get better at speaking up and making my opinions known?

A When I train managers on how to give better presentations, I argue that there are ‘three Ps’ to consider well before getting in front of an audience. The first is preparation: think about whatever you want to say and write it down. Consider the overall arc of your message, especially when you need to give a coherent presentation as opposed to just a quick update. What are the handful of key insights you wish to impart? Keep the big picture in mind and you may help yourself to focus on your most important messages rather than simply throwing data at your audience.

Think also about examples and stories that you can use to back up your messages. A presentation containing only facts and figures is rarely interesting. For instance, talk about a personal experience you had with a customer, your product, a competitor or anything else that may be relevant.

The second P is for practice. Rehearse your presentation out loud several times. The more familiar you become with your content, the more confident you will be on the day of your actual presentation. Another benefit of practising is that you can hear how your presentation sounds; you may discover more elegant or effective ways to deliver your key messages.

The third P is for psyche. Research shows that people can help themselves to give more effective presentations when they use various psychological tricks. For instance, it is worth remembering that anxiety is merely the human body’s way of getting ready to face a challenging situation: people who reappraise their nervousness by telling themselves ‘I am excited’ tend to be better off than others who try to calm themselves down.

The trait of arrogance can hamper our ability to improve our performance and achieve our long-term goals. New research led by Nelson Cowan at the University of Missouri proposes that there are three types of arrogance. Individual arrogance is an inflated view of our own abilities, traits or achievements; this is often linked with an unwillingness to believe evidence to the contrary. Comparative arrogance occurs when we have an inflated ranking of our own abilities compared with other people – for instance, if we believe that we are in the top quartile of employees when objective data may say that we are not. Finally, antagonistic arrogance occurs when we put down or belittle others based on untrue beliefs that we are better than them. To avoid falling victim to any form of arrogance, be sure to seek out candid feedback frequently – and listen to it.