Are you ready to enter the wealth management market?

With the the number of high-net-worth individuals in Asia continuing to grow, accountants should consider diversifying into a field traditionally handled by banks 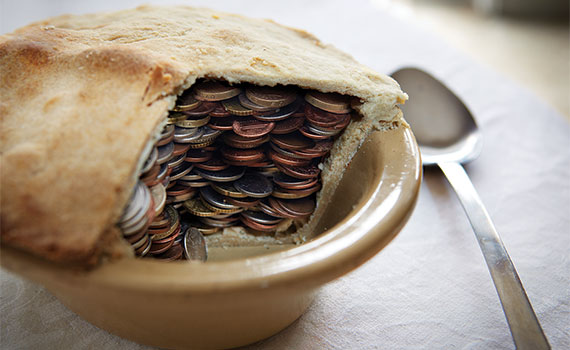 Asia’s slice of the global wealth pie is growing larger by the day. Even though the scale of growth has come slightly off the boil compared to the peak a few years earlier, 2016 was another record year. The region’s population of high-net-worth individuals (HNWIs) still swelled by 7.4% in 2016, according to the Capgemini Asia-Pacific Wealth Report 2017, while their wealth increased by 8.2%.

You might think that accountancy firms could be tempted to step into that space, and add wealth management to their basket of services as others in the UK and Australia have done. But it doesn’t appear so; even firms that offer such services in their home country have chosen not to in their regional operations.

‘A lot of our clients like the fact that we are not owned by a bank,’ he says. ‘They may feel conflicted taking financial advice from a bank, whereas when they come to us, they know we are acting in their best interests.’

However, the firm has no plans to offer wealth management via its Hong Kong subsidiary. Doughty, who has previously worked for Citigroup and Deutsche Bank in Hong Kong and Singapore, believes that the global investment banks have a monopoly on wealth management in that region.

‘We don’t see any competitive advantage in going head to head with them in that space,’ he says. ‘We’ll leave it to the big banks to scrap over the wealth pie.’

‘In Asia, we work with our partner firms primarily on accounting and business advisory services,’ he says. ‘Wealth management for individuals is not something we collaborate on.’

Sean Cortis, CEO at Chapman Eastway, a Sydney chartered accountancy firm and family office specialist, sees reluctance among accountants beyond Australia to take on that role. One reason is that private banks are the traditional gatekeeper in Asia’s wealth hubs, explains Cortis, who chaired the Private Wealth Management APAC Summit 2017 in Macau. They refer clients to accountants ‘so it’s important to keep them onside or you risk cannibalising your own service offering’, he says. ‘From what I’m seeing, accountants there seem happy to remain transactionally focused.’

Room at the table

Yet David Wilson, head of Asia wealth management at Capgemini Financial Services, sees room at the table for wealth advice coming from non-traditional sources. This is especially so given insights from the 2017 Capgemini World Wealth Report that reveal that HNWIs in Asia-Pacific countries are the most disenchanted globally with their current providers – and this despite investment performance being strong.

‘In our client satisfaction survey, four of the bottom six among 19 countries were in Asia. And not only would these respondents not recommend their current wealth adviser, they would actually counsel against using them,’ Wilson says. The highest percentage of HNWIs who said this were domiciled in Hong Kong, Singapore and Japan.

One concern was the lack of transparency around fees and the value in terms of services received. ‘Only 57% of respondents in APAC ex-Japan said they were comfortable with the fees structure of their wealth management firm,’ Wilson says.

In Asia, he explains, wealth management firms have traditionally been asset class focused, rather than adopting a holistic service model that begins with the needs of a client. This includes financial planning, retirement planning, estate structuring and philanthropic structuring advice. ‘Investment management is the most important but it needs to be surrounded by complementary services,’ Wilson says.

High-net-worth clients also crave a more personalised relationship with an adviser who they feel understands them.

All of this leads to demand for hybrid advice, which is also highest in Asia Pacific among the countries surveyed for the Capgemini report. Firms need to be agile and transform to match those expectations, Wilson says.

Wilson notes a crossover already in many business sectors. Alibaba and Amazon, for instance, are both essentially an e-commerce platform but also one of the largest providers of loans and cloud storage respectively. ‘There’s some fascinating blurring of the boundaries in industries, so it would be hard to say there isn’t potential for a related industry like accounting to find a role in the wealth management industry,’ Wilson says.

‘Part of that is because accounting firms have an existing client base and from an expertise perspective they’re not so unrelated; what’s on the books is clearly relevant. But people with a high level of wealth are also seeking trusted advisers, and accounting firms – the good ones – already have that relationship.’

However, competing head-on with wealth management firms would be a big step up, so Wilson sees the opportunities more around sharing competencies in a partnership arrangement. With private wealth in Asia Pacific projected by Capgemini to surpass US$40 trillion by 2025, ‘there’s a big enough market for non-traditional wealth management providers to go after,’ he says.

British chartered accountant Peter Brigham identified this niche while working with the Asia-Pacific clients of a UK-based mid-tier accounting firm. When he co-founded Rosemont International – a multidisciplinary consultancy headquartered in Monaco whose South-East Asian network includes offices in Singapore, Hong Kong, and Vietnam – wealth management was included from the start.

In practice, he’d found himself doing a lot more for HNW clients in the region than just accounting services, especially in matters around their wealth. ‘That led me with my partners to set up Rosemont in 2010,’ Brigham says.

‘Getting their accounting done is only one concern of our clients,’ he adds. ‘The raison d’être for our business is to help people look after their assets – be that their business, investments, real estate, fine arts or yacht.’ Rosemont offers clients a full range of support, its worldwide staff of 70 including accountants, lawyers, notaries, tax advisers and trust specialists.

With the lives of business owners becoming a lot more complicated due to increased regulation, changes to tax regimes and the internationalisation of their assets, Brigham sees big demand for ‘a multi-family office in the true sense of the word’.

Lately, private banks have been renewing their focus on Asia’s millionaires, with Swiss bank UBS in the throes of hiring 100 wealth managers, over a two-year period, in Hong Kong alone. But Brigham says that banks now face a potential conflict of interest when providing advice. ‘At the end of the day, the bank wants to look after the client’s assets. They have to make sure the advice they are giving is totally independent, and that’s quite a challenge,’ he says.

Not a quick solution

Brigham believes that professional accountants must do a great deal of groundwork in order to become trusted advisers to HNWIs in the region.

‘It’s taken me 30 years to recognise the services that clients want and pull together the right expertise to be able to provide that sort of service. It’s not a quick solution,’ he says, adding that a partnership arrangement might be preferable to trying and go it alone.

However, change could be in the wind. At the STEP Asia Conference 2017, held in Singapore last November, Cortis noted a common view that wealth management is coming full cycle, creating new opportunities for the accounting profession. Examples include assistance with compliance, driven by a raft of new regulations including the Foreign Account Tax Compliance Act in the US and the new global Common Reporting Standard.

Cortis suggests that advisers that maintain independence and avoid conflicts will be the winners, so long as they adapt to the new advisory opportunities. He concludes with the example of an auditor focusing on internal controls that prevent cybersecurity and fraud breaches. This is, he says, a huge growth area that focuses on the ‘plumbing’ of the wealth management industry, not traditional investment advice.

"People with a high level of wealth are also seeking trusted advisers, and accounting firms – the good ones – already have that relationship"

The rise of Asia Pacific’s HNWIs

Key findings from the Capgemini Asia-Pacific Wealth Report 2017 include:

Private investments held by wealth managers in Asia Pacific (ex-Japan) grew by 33% in 2016.

China and Japan remain the two largest markets in the region, together accounting for 73% of Asia Pacific’s high-net-worth individual (HNWI) population and 68% of HNWI financial wealth in 2016.

When asked if they would they ever consider having one of the big techs as their wealth manager (such as Google, Amazon and Alibaba), 73% of HNWIs in Asia (ex-Japan) said yes.