The assurance of supply chains is set to be transformed with the rollout of distributed ledger technology. Here’s how blockchain can really add value – but beware the risks 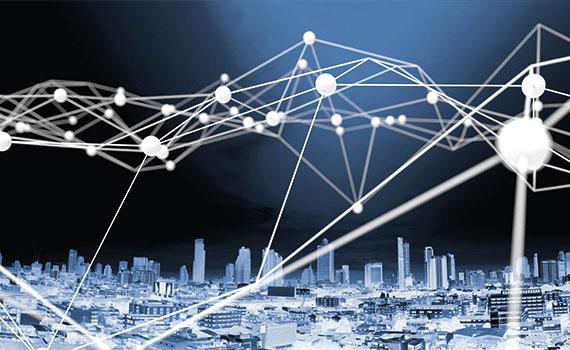 Not counting chickens before they hatch is set to take on a whole new meaning after it was recently revealed that a Chinese insurance company is now able to follow poultry from the egg to the wok through blockchain technology. The move, launched by Hong Kong-listed ZhongAn Online Property and Casualty Insurance, will help tackle food safety problems that have dogged China in recent years.

In the latest demonstration of how blockchain is shaking up supply chain management, the ‘insurtech’ company claims it can use tracking devices and facial recognition technology to follow the movement of free-range chickens from hatching to despatching on farms across China. The chickens are fitted with tracking devices on their legs, which allows data to be logged using a blockchain ledger. Customers are then able to use a smartphone app to read about the provenance of the food in their supermarket.

This is just one small but important example of how blockchain technology is being used to create greater efficiencies and assurances over what are becoming increasingly complex supply chains between producers, suppliers and their customers.

Carrefour, the French supermarket giant, recently announced a similar move to ZhongAn. As part of its ‘2022 transformation plan’, it will use blockchain technology to trace the production of its free-range chickens, one million of which are sold every year. Through a QR (quick response) code, consumers will be able to find out where and how each animal was reared, the name of the farmer, what feed was used, what treatments such as antibiotics were used, and even where the birds were slaughtered. ‘This is a first in Europe and will provide consumers with guaranteed transparency as far as the traceability of our products is concerned,’ says Laurent Vallée, Carrefour’s head of quality and food safety.

It is a revolution that is far removed from the Wild West-world of cryptocurrencies. Bitcoin may be grabbing all the headlines, but many believe the real value of blockchain, or distributed ledger technology, as some prefer to call it, will be seen through the creation of networks that can give assurance over the validity of millions of transactions around the world.

‘The important point about blocks, the individual packets of data, is that they can be automated, and that is where blockchain will start to transform whole industries,’ argues Steven Cox, chief technology ‘evangelist’ at IRIS, the accountancy software supplier. ‘When one block is added to the chain, it can set off a reaction that puts other processes in motion. When someone places an order, the block of data goes through to the supplier, which will be checked through to logistics to make sure the order is in stock and which shipping routes are available. There will be no need for manual intervention.’

Other food retailers, such as Waitrose and Sainsbury’s in the UK and Walmart in the US, have also confirmed they are testing blockchain applications. Their focus is on food safety and traceability, but there are endless other applications.

‘Companies all need varying subsets of the full universe of information that is involved in the supply chain and they all need to be able to see it at different points in time,’ says Narayanan Vaidyanathan, head of business insights at ACCA. ‘But they all need encrypted access to that information and permission to access it so that not everyone can see everything.’

What they also need is assurance over the whole system, which arguably sets blockchain supply chain management apart from its cryptocurrency blockchain cousins. ‘You need to have interoperability and a hybrid governance model,’ explains Vaidyanathan. ‘I don’t believe a pure bitcoin-style system of self-governance would work in the enterprise world. I don’t believe you can leave it to the network to carry out decentralised validation.’

And this is where professional accountants have a role to play. ‘The skillset of value protection is something that is integral to the profession – the core skills of managing and controlling risk, governance and being able to assess everything that is happening with transactions and where the risk points exist,’ says Vaidyanathan. These are skills that fit with the dynamic blockchain process.

And as Cox says: ‘Accountants shouldn’t be scared of blockchain cancelling out their livelihoods, because it will make their lives a lot easier and free them up to evolve into the digital adviser and business coach for their clients. It is going to change what they do, but change it for the better.’

Linking digital to physical – to ensure the flow of information, all the steps of the supply chain and all products will have to be tagged digitally

Control, security and privacy – there are still cybersecurity breach concerns that need to be addressed before the general public will trust blockchain solutions

Cultural adoption – a shift to decentralised networks will require buy-in from users.