The improving tax landscape in Kenya

Increasing tax revenues remains a priority for Kenya. However, there are other significant developments, report Titus Mukora and Kennedy Okoyo 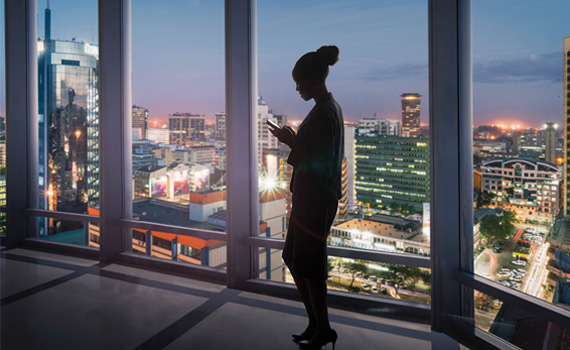 Taxation plays a key role in the Kenyan economy, and contributed an average of 16% of GDP between 2014 and 2016, according to World Bank data, a level that is unremarkable in an east African context. In two other non-resource rich countries in the region, Mauritius and Rwanda, for example, average tax revenues amounted to 18% and 15% of GDP respectively for the same period.

While increasing tax revenues must remain a priority, other developments are also significant. Kenya’s tax environment has undergone a number of changes in recent years, including the introduction of online filing of tax returns and electronic payment of taxes due, as noted in Paying Taxes 2019, a report by PwC and the World Bank, which compares the taxation of businesses in 190 economies.

Among other matters, the report notes that Kenya has made significant strides towards making complying with taxes easier. In 2017, it was the fourth best performer among east African countries on the ease of paying taxes ranking, after Rwanda, South Sudan and Uganda, with Rwanda leading the pack.

This is a notable achievement, given the relative population size of these economies. Between 2014 and 2016, the average population of Kenya was 47 million while those of Rwanda and South Sudan were just 12 million. As administering taxes for a larger population has the potential to be more complex than for smaller ones, even if other variables are relatively similar, the population size in Kenya might have been expected to present additional challenges for the tax authorities.

The main factor driving the performance of Kenya in the PwC/World Bank assessment is the reduction in hours relating to the time for taxpayers to comply with their tax payment and tax filing obligations. Since the inception of the country’s mandatory online tax filing and tax payment platform (iTax) in 2014, Kenyan taxpayers have embraced its use and this has gradually reduced the time taken to file tax returns and pay the taxes due.

This has resulted in an improvement in Kenya’s paying taxes score, from 69 in Paying Taxes 2016 to 72.4 in Paying Taxes 2019. Between these two reports, the number of tax payments that a medium-sized local company had to pay reduced from 30 a year to 25, while the time taken to comply with taxes has reduced from 213.5 hours to 179.5 hours. The total tax and contribution rate (which measures total taxes payable as a proportion of pre-tax profit) has remained stable over the same period.

Rather than focusing on reducing the quantum of taxes or tax rates, government has centred its activity on:

Clearly the mere existence of online tax payment and filing is unlikely to improve Kenya’s score further. But gains may be found in evaluating how new technology can help to seal tax leakages, how technology affects the nature and patterns of employment, profit generation, and the consequent impact on taxable income streams. Although these factors may have minimal impact on the ease of paying taxes score, they have the potential to increase tax revenue collection to some degree if implemented appropriately.

For example, the KRA recently introduced a VAT auto assessment (VAA) system that matches input tax claimed by buyers to the corresponding output tax charged by sellers. The VAA notifies the buyer and the seller of any inconsistencies identified and instructs them to address the inconsistencies. It is hoped that this system will reduce tax leakages by eliminating fictitious input tax claims and identifying sellers who don’t declare output tax to the KRA.

Despite the improvements in the overall tax environment, various challenges remain. One issue is tax disputes, which tend to drag on for a disproportionate amount of time. Simple tax issues are often unnecessarily deliberated and no conclusive way forward offered. In addition, the dispute resolution process has been affected by long periods of inactivity on the part of the tax tribunal and a general backlog of cases in the formal court system.

Further, implementation of tax technology solutions by the KRA with limited taxpayer consultation has resulted in numerous challenges such as the issuing of erroneous VAA notifications to taxpayers. The VAA system was temporarily halted to address challenges raised by taxpayers.

Taxpayers have also complained about a number of cases of extreme enforcement adopted by the KRA where taxpayers with a history of compliant tax behaviour were targeted in the same manner as fraudsters. Such incidents do little to engender trust and cooperation between the KRA and taxpayers.

The KRA could consider adopting a more risk-based approach to allow it to distinguish between compliant and non-compliant taxpayers and so target its approach and resources more appropriately.

Despite these challenges, Kenya has made significant progress in reducing the tax compliance burden. Measures such as the integration of taxpayer systems with the KRA system for real-time reporting will go a long way in making it easier for citizens to comply with tax requirements.

Technology on its own, however, cannot transform a tax authority. Extensive engagement with taxpayers is still required and a change in the revenue authority’s culture would go a long way towards addressing some of the sticky issues that taxpayers continue to confront.

Titus Mukora is a tax partner and Kennedy Okoyo a senior tax associate at PwC Kenya.

"Despite the improvements in the overall tax environment, various challenges remain. One is tax disputes"