Rising wealth among the world’s super-rich has led to the growth of ‘family offices’, dedicated to managing the finances of individuals and dynasties 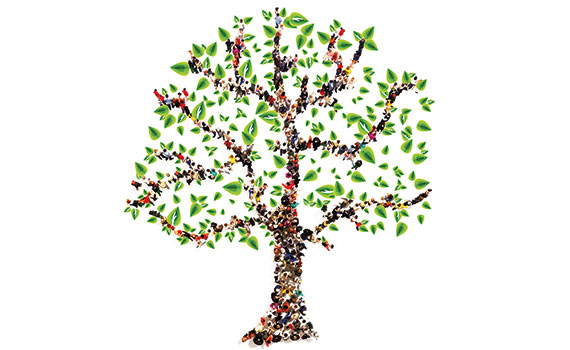 Once in a while a new breed of financial institution emerges from relative obscurity to grab the headlines. In the 1990s, hedge funds came to prominence. Through the 2000s sovereign wealth funds, hitherto noticed only by financial insiders, grew to massive proportions as a handful of nations stored gains from booming commodity prices. Most recently it has been the turn of so-called ‘family offices’ – advisory firms that manage the affairs of super-rich individuals and dynasties.

This burst of attention is not due simply to the sheer value of the assets overseen by family offices – at an estimated US$4 trillion, they are equivalent to around 6% of world stock market capitalisation and outstrip assets held by hedge funds. It is also because the rise of family offices feeds into the public debate over growing inequality.

Using the services of a family office makes sense only at the very top end of the wealth distribution curve. While there is no hard and fast rule, using the services of a multi-family office, which looks after many families, starts to make sense only once a fortune has grown above US$30m. A lean and efficient office dedicated to just one family (a single-family office) requires a liquid worth in excess of US$100m. Meanwhile, a fully functional family office – complete with a full-time investment team – is typically viable only for those with billions of dollars in liquid assets.

Rising wealth at the top means that the family office sector has become a vibrant market. As of 2017, there were close to 256,000 individuals in the world with a net worth of more than US$30m, up 13% on 2016, according to Wealth-X. And around 400 new billionaires were minted in the same year, taking the total to around 2,750.

The complexity of managing an international fortune has also increased, says Catherine Grum, head of family office services at KPMG in London. ‘Wealthy families have a lot of balls in the air and require services that go beyond normal investment management,’ she explains. ‘They may be paying taxes in a variety of countries, have properties around the world, a range of holdings in private businesses, be financing charitable foundations, or have an extensive collection of art.’

Demand is also being driven by increasingly complex global standards around reporting and compliance. ‘The release of the Panama Papers helped make more rich families aware of the potential pitfalls of not being fully compliant,’ says Cheryl Howard, managing director of Maitland Family Office in South Africa. ‘International families need to make sure they have advisers who can help them navigate an increasingly complex web of global regulation – from double taxation agreements between the countries in which they have interests, to Fatca [US anti-tax evasion legislation].’

Family offices can also help prevent a descent into wealth-destroying interfamily conflict or overindulgence. The ultra-rich have become increasingly aware of the ‘rule of 92’, which states that 92% of a family’s wealth is lost by the third generation. To counteract this, family offices seek to bring family members together, resolve disputes and foster a shared sense of mission. A shared interest in philanthropy can deepen family unity – the average family office client gave US$5m to charitable causes last year, according to Campden Research’s 2018 Global Family Office report. Involving the next generation in managing the family estate when they are still young reduces the risk of mismanagement once they take over, so 44% of family offices educate family members about how to become responsible shareholders.

While family offices deliver a range of services beyond those of traditional wealth managers, their growth may also reflect shortcomings in larger financial services firms. Philip Marcovici, a wealth management consultant and author of The Destructive Power of Family Wealth, says: ‘The family office flourishes partly due to the failures of the wealth management industry. Around 30 years ago it was often private banks and trust companies that looked after the interests of rich families and provided stability over generations.’ What changed, he argues, was that the private banks became more short term in their focus, particularly as they became part of listed groups and so came under greater pressure to deliver quarterly profit increases. ‘The fees became too high and undisclosed conflicts of interest too common,’ adds Marcovici. ‘Rich families aren’t stupid and they noticed these problems, among others.’

This has created an opportunity for a diverse ecosystem. ‘When you’ve seen one family office, you’ve seen… one family office,’ quips Grum. ‘Each is shaped by the needs of the particular family or its history.’ Many current multi-family offices developed after a single dynasty decided to spread its costs by providing services to other rich dynasties. Stonehage Fleming, for example, traces its roots back to 1873 to the fortune of Robert Fleming, a Dundee-born financier and ancestor of James Bond creator Ian Fleming. Today it advises on US$55bn of assets for 250 families, from offices in eight countries. The firm still has links to the Fleming family, says Layve Rabinowitz, a partner in the South Africa office. ‘We have one of the fifth generation of the Fleming family working in the Cape Town office,’ he says. ‘Unlike a publicly traded bank, we don’t need to produce quarterly results or focus exclusively on increasing assets under management, so we can take a much longer-term view of a family’s interests.’

The need for an independent perspective has also generated opportunities for professional services and accountancy firms. Indeed, KPMG has this year made the shortlist for the Society of Trust and Estate Practitioners’ multi-family office of the year award. ‘We can serve many of the functions of a family office directly,’ explains Greg Limb, KPMG’s global head of family office and private client. ‘Rather than have certain tax and investment services in-house, we can provide them.’ The firm’s services range from helping with the allocation of strategic assets in a portfolio to the selection of investment managers. ‘We can then check the managers are doing a good job and charging the correct fees,’ says Limb.

Demand for family office services has become truly global. ‘While the US and Europe are mature markets, demand is still growing along with wealth and the complexity of managing family wealth across borders,’ Limb says. ‘Demand is particularly strong in the Middle East, for nations such as Saudi Arabia, where there is a growing appreciation that family offices can help with complex succession issues better than simply managing affairs through a family operating business.’

While most of the world’s 10,000 family offices are in Europe, North America and Asia (38%, 34% and 17% respectively), around 10% are in emerging nations, according to Campden’s research, including South Africa, Ghana, Brazil, Colombia, Mexico, Chile, Israel, Panama, Guatemala and Argentina.

Africa has seen especially rapid growth over the past two decades, according to Graham Patrick, a senior client services manager at Maitland in Mauritius. ‘Africa still holds enormous opportunity for those with an entrepreneurial mindset,’ he says. ‘There is a lot of wealth creation in the continent, not just in South Africa. Chinese investment from Angola to Tanzania has improved Africa’s infrastructure, and deal-makers with a proper appreciation of risk are leveraging this,’ he says. ‘Mauritius is a preferred gateway for Africa for family offices because it is seen as politically stable and business-friendly.‘

An opportunity for accountants

While professional services firms such as KPMG are looking to serve family offices, the growth of family offices is creating jobs for accountants directly. Much of the work done by family offices demands accounting skills, as much as legal or investing know-how. ‘I’m biased as an accountant by training myself,’ says Layve Rabinowitz of Stonehage Fleming. ‘The bulk of our client-facing staff are accountants or lawyers. We need people with a broad business understanding, a grounding in financial language and tax law, as well as a good grasp of commercial deals. Almost everything we do has tax implications that we need to understand.’