A qualified welcome for the new Audit Code of Practice

While the revised Code of Audit Practice has been welcomed, it should be considered in the context of the broader review of local audit and accounting arrangements 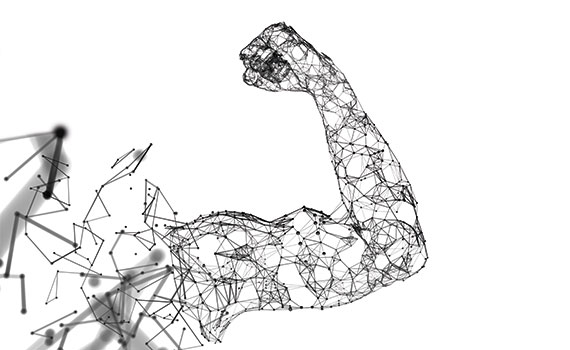 KPMG’s adverse findings on Northamptonshire County Council’s financial reports from 2015/16 onward has illustrated the importance of the external audit of public bodies. The auditors’ criticisms led to the appointment of inspectors, who, alongside poor management and lack of budgetary control, found a culture in which challenge was discouraged. Commissioners were subsequently appointed to run the council.

Despite this, there is acceptance that the remit of external auditors of NHS bodies, councils and other local government organisations needs to be strengthened further. A revised Code of Audit Practice for auditors of local public bodies in England will come into effect this month, to apply to financial statements from 2020/21.

The revised code will focus even more on auditors obtaining assurance of organisational efficiency. Among the changes adopted are the inclusion of additional narrative commentary by auditors to explain how audited bodies are improving value for money, along with greater attention to financial sustainability and governance.

Gareth Davies, head of the National Audit Office (NAO), explains: ‘The new Code of Audit Practice puts greater emphasis on timely and effective reporting by local auditors. Its focus on the areas that are important to local bodies will help them to strengthen their arrangements for securing value for taxpayers, and provide transparency and accountability for the public on how well their money is being spent.’

The revised code is not being introduced because of the crisis at Northamptonshire and the related findings: it has been reviewed and revised at least once every five years in accordance with the Local Audit and Accountability Act 2014. But it is clear that the revisions reflect lessons from the Northants experience. They are also consistent with Sir Donald Brydon’s broader review of the role of audit, in which he recommends clearer and more informative reporting by auditors.

However, the code is being introduced while another review is still taking place – that of Sir Tony Redmond into local authority financial reporting and external auditing. It was decided not to wait until the findings of that review, which will not be completed in time to meet the legislative requirement for a new code.

Redmond, a former chief executive of the London Borough of Harrow and finance director of Knowsley, will consider definitions of audits; who uses the audits; the expectation gap; audit and wider assurance; the governance framework; audit quality; auditor reporting; how councils respond to audit findings; and the financial reporting framework.

A wide-ranging consultation by the NAO into the new code found strong support for a principles-based approach, which is open to further revision and development. On a more practical basis, though, there are concerns about the availability of professionals with the right skills to adequately perform audits of local public bodies.

PSAA – Public Sector Audit Appointments – appoints auditors to local government bodies in England on behalf of the Local Government Association. In its consultation response, chief executive Tony Crawley said: ‘The code’s emphasis on teams having the right skills and knowledge is appropriate and timely. It is important that key members of the team have a good understanding of the specialist nature of the sector’s financial reporting and auditing frameworks. However, there is a shortage of suitably experienced local auditors in the market at present, which is exacerbated given that in the current regulatory climate code-compliant audits are more resource intensive to complete.’

Grant Thornton welcomed the revised code, with its head of local government, Paul Dossett, saying that ‘change is needed.’ He continues: ‘Rather than require auditors to focus on delivering an overall, binary, conclusion about whether or not proper arrangements were in place during the previous financial year, the draft [new] code requires auditors to issue a commentary on each of the key criteria of financial resilience, governance and economy, efficiency and effectiveness. This will allow auditors to tailor their commentaries to local circumstances.’

But he warns that the focus on ‘early reporting’ could be at the expense of quality. Instead, he says, the code should emphasise that ‘audit quality is paramount’. He also cautions about the impact of the code on auditor resources. ‘The proposed work on value for money, including the emphasis on more impactful reporting, will in our view require greater audit resource, as well as a higher skill mix,’ Dossett explains. ‘We believe that there is an important role for the NAO in providing guidance on the indicative likely range of days and specialist skill input required. This will enable PSAA and the Department of Health to help manage the expectations of local bodies before auditors begin work on new year audits.’

ACCA is also supportive of the revised code. Mike Suffield, director of Professional Insights, comments: ‘It is positive to see that the code remains broadly principles-based, but includes a helpful focus on three key areas for auditors of local bodies: financial sustainability; governance; and improving economy, efficiency and effectiveness. The NAO carried out an effective consultation process and has developed a clear and easily understood audit framework for local bodies.’

Suffield points out that the revised code should also be considered in the context of the wider review of local audit and accounting arrangements currently underway, including the Redmond review.

‘The results of this work may bring about more fundamental recommendations on the broader system, as well as possible changes to the roles and responsibilities of the various bodies currently involved in local audit and accountability,’ he says.