The tricky business of SME valuation

A German study shows the valuation methods used for corporates are unlikely to identify the true drivers of value in SMEs, as Markus Badenhop and Steve Priddy report 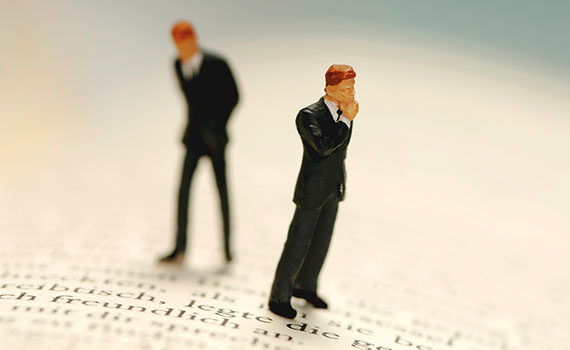 Consider the following scenario. A business specialising in renewable energy technologies is up for sale. A potential investor approaches one of the largest professional firms, a specialist in business valuation, to value it. The firm conducts thorough due diligence and gives a valuation of €80m–€100m. The investor responds with disbelief: his own assessment is in the order of €500m. After all, he reasons, the business has a ready-made, highly skilled workforce of 200 operating in a niche sector, and to assemble such a resource from zero would be extremely costly.

The gulf in expectations between the two stakeholders will not come as a surprise to readers of Accounting and Business. Business valuation in any economy is by its nature a subjective exercise. What is important from one valuer’s perspective may be less significant from another’s.

A study of valuation practices in the German corporate sector offers useful insights and comparisons that will be of value to ACCA members in other jurisdictions conducting corporate valuation activities.

Germany’s economy has both striking similarities and notable differences to others. The country’s regulatory framework for accounting and audit may be substantially different, but the challenges facing businesses and investors are much the same. Like the UK, for example, Germany has a thriving SME sector, with more than 3.6 million active businesses, generating profits of around €2.3bn. Again like the UK, it has a relatively small number of large quoted corporations. Tools and techniques applied to corporate valuations tend to focus on these few mega-businesses and are biased towards US case studies and contexts.

A distinguishing feature of the German economy is its stratum of Mittelstand, or medium-sized companies. These businesses are relatively long-lived, sometimes over half a century old, and often family-owned. They are fiercely customer-focused and razor sharp in their innovative capability. They are commonly clustered into regions across the country. Their strategic perspective is long term.

And these businesses are increasingly anxious about the future. Digitalisation, artificial intelligence, how to pass the business on and to whom, fear of overspecialisation, and signs of an increasing private equity presence in German national economic life have raised concerns among these companies about how they can thrive and grow profitably in years to come.

Against this background, the study sought to establish the key factors that should be considered in the valuation of small and mid-sized companies in Germany in the context of mergers and acquisitions. It also looked at whether the valuation methods commonly used for large, publicly traded companies can be applied to smaller enterprises.

A series of 16 interviews was conducted with experts in the field of valuation for corporate transaction advice. These included audit firms, banks, tax consultants, managers, M&A specialists, authors and academics. It is unsurprising perhaps that no private equity expert agreed to be interviewed, even with a guarantee of confidentiality via non-disclosure agreements.

The respondents confirmed that four methods are in common use among German company valuation experts:

The research confirmed that discounted cashflow and the capital asset pricing model are widely used, but a majority of the respondents expressed frustration with the lack of practical guidance available for medium-sized enterprise valuations – the published guidelines in the German IDW S1 evaluation standard are generally considered inadequate.

In subsequent analysis of the interviewees‘ comments, a number of themes emerged. Almost all agreed that a gap in the literature exists for the valuation of small and mid-sized companies in Germany. The methods commonly used to value companies need to be adjusted to take into account the particularities of SMEs. As they stand, they focus on performing objective valuations; however, in the context of transactions, values may be more subjective, as they are influenced by synergies, scale effects or the strong influence wielded by current owners of the targeted companies.

The influence of a managing owner was repeatedly cited as a driver of enterprise value. Alongside this, interpersonal connections – for example, in a restaurant business – are considered essential for success. Earn-out agreements of three to five years for larger mid-sized businesses, and one year or less for micro businesses, were considered unhelpful in managing out influential and sometimes charismatic owners. And respondents complained about a notable absence of written strategies such as detailed budgets, financial plans, balance sheets and income statement forecasts.

In summary it might be provocatively stated that valuation is less about well-tried financial models, and much more about softer values such as confidence, belief, trust, triangulation and experience. However, while that is at least a more accurate description of the current state of mid-sized company valuation in a world-leading economy, it cannot be a sustainable way of proceeding. More research of this kind is required both within and across national boundaries to tackle this market failure. Despite our differences, we face similar challenges and can learn and mutually benefit from discovering and sharing solutions.

There is an opportunity for ACCA members, and other professional bodies supporting business and finance advice in the specialist areas of merger, acquisition and integration, to develop practical protocols and share best practice in the complex area of SME valuation.

"Valuation is less about well-tried financial models, and much more about softer values such as confidence, belief, trust and experience"