Why SMEs should enlist the help of NEDs 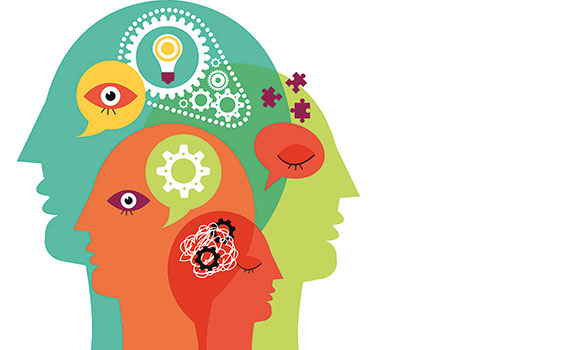 Non-executive directors (NEDs) play a critical role in the good governance of businesses. They have the same responsibilities and legal duties (and level of legal liability) as their executive counterparts, and their potential value to companies has become widely recognised. But any discussion of the role of NEDs inevitably focuses on large listed entities – it is often overlooked that smaller companies have as much need for independent advice and expertise (and arguably more so).

A new report commissioned by ACCA, the law firm TLT, the NED training and networking organisation Transpire and the NED training consultancy Practice brings the role of NEDs within the SME market into the spotlight. The report, The value of NEDs to small and medium size enterprises, including a gender perspective, underlines the importance of an independent perspective to any business, irrespective of its size.

As part of the research for The value of NEDs, in-depth interviews were carried out with 11 NEDs and executives from 14 SMEs. These provided first-person insights into the everyday work of NEDs in smaller organisations and, in particular, highlighted the challenges SMEs face in finding suitable candidates.

The report recognises that the use of NEDs in the SME market is in its relative infancy, but is clear that NEDs can and do add value to smaller organisations. All of the NEDs interviewed felt valued by the SMEs they worked with, and many believed that they exceeded the value expected. The research also looked at why SMEs had hired NEDs and found: ‘A crucial aspect of the NED role was widely seen to be the filling of particular skills, knowledge and experience gaps.’

The interviewees agreed that NEDs were in a unique position on the board to offer a company both support and challenge, and many frequently mentioned their role as a ‘critical friend’ who could act as a sounding board and mentor to senior leadership.

The consensus was that the NED role within an SME was not radically different from that in larger companies, and was strategic rather than operational. As one NED told the authors: ‘It’s not doing what you are doing as an executive, rolling your sleeves up and getting stuck in. It’s making sure the company is doing what it set out to do.’

But while there is a clear need and demand for NEDs among SMEs, the report highlights a series of handicaps that prevent SMEs from making full use of the role. ‘At present,’ says the report, ‘a lack of knowledge about NEDs, lack of access to key NED networks and limited resources among SMEs are restricting the ways in which SMEs utilise NEDs.’

Cost, of course, is one consideration. Most of the NEDs interviewed charged a daily rate or set fee, but this was mainly seen as a nominal amount so that they were not seen to be ‘working for free’. The exact amount varied – some were remunerated through shares, equity or options based on improvements in profitability. One NED charged a ‘management fee’ of £1,000 a month, while some charged significantly more based on their previous experience.

But it is also clear from the report that, for the vast majority of NEDs, financial reward is not the main motivation. Many of those taking part in the study talked about the satisfaction of making a difference to a growing company, and of the ability to effect change and see the results of decisions far more quickly than within a large employer.

That said, the NED role within an SME is not without challenges. Most of these, the study found, centred around embedding NEDs into the culture of the company. Some NEDs struggled with organisational politics in family businesses, or with recognising appropriate boundaries in terms of their responsibilities.

There is no requirement in Ireland for SMEs to recruit NEDs to their board and, as a result, the recruitment and training process is far less developed than that in place for listed companies. The recruitment of NEDs by SMEs is usually quite an informal process – candidates are either recommended or sought through the networks or personal connections of the company’s executives – and the report suggests that this approach is contributing to a lack of diversity.

Overall, it was felt that women are under-represented in the role of NED, an imbalance driven partly by a general under-representation of female senior managers in many sectors. However, both NEDs and executives who were surveyed for this report agreed that positive discrimination is not the best way to address this.

The report concludes: ‘It is clear that NEDs add value to the SMEs with whom they work, and going by the number of NED roles held by each individual NED, the demand for their services is unquestioned.’

It is also clear that the NEDs themselves find working with SMEs particularly rewarding.

With so much to gain on both sides, formalising the processes that bring NEDs and SMEs together must be a win-win situation.

"Going by the number of NED roles held by each individual NED, the demand for their services is unquestioned"

The report makes a number of recommendations, including:

Make more use of SME-appointed professional head-hunters, who should work with a formal job description.

Develop a low-cost standardised recruitment process (in association with NED recruiters and trainers), in line with that adopted by listed companies.

ACCA Ireland’s ‘Members for Boards’ is a valued resource for companies of all sizes seeking experienced finance professionals to serve as NEDs and on corporate boards and committees.