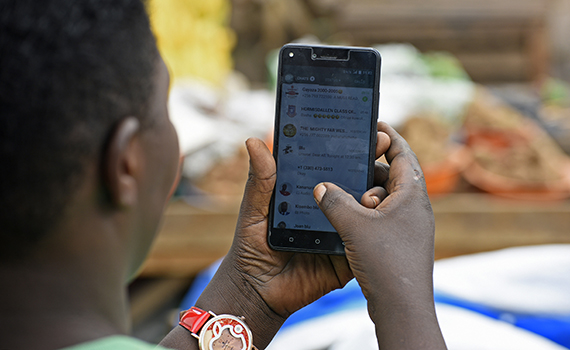 This article was first published in the October 2018 Africa edition of Accounting and Business magazine.

In May 2018, the World Bank issued its 11th Uganda Economic Update with a special report on financing growth and development that considered domestic revenue-raising options. The report addressed a number of tax reforms the East African country should undertake to stay on its development course and maintain fiscal stability.

A key impetus for the reforms is the expected start of oil production in 2021. The Ugandan economy must diversify to avoid so-called Dutch disease (the adverse effect on manufacturing of a natural resource boom), which a number of other African economies, notably Nigeria, have contracted. At the same time increases in public expenditure, notably for an ambitious infrastructure programme, have raised the level of domestic and external borrowing, and made the need for revenue mobilisation more acute. With Uganda’s interest payments likely to swallow 11.2% of the 2018/19 budget, the fiscal space has become constrained.

However, according to the World Bank report, the experience of economies with similar fundamentals over the period 1997-2015 suggests that Uganda has the potential to collect tax revenue of 18%-23% of GDP. The potential was further affirmed by the International Monetary Fund’s sub-Saharan Africa report of April 2018, which estimated an average 3%-5% in additional collectable revenue in the region.

The question is how to unlock that potential.

The World Bank report suggested a number of innovative ways the government could build on its efforts to penetrate hard-to-tax areas, especially the informal sector. In 2015/16 a strategic alliance between the Uganda Revenue Authority (URA) and the Kampala Capital City Authority added about 47,000 taxpayers to the tax register. It offers proof that strategic alliances can widen the tax net as well as help clean up the tax register.

The report identifies a shift from the use of voice to data as one of the likely causes of the erosion of the Ugandan tax base in the ICT sector. It suggests the answer may be to levy a tax specific to the sector. To plug the ICT revenue gap, the government has introduced a social media tax of 200 Ugandan shillings (around US$0.05) a day on over the top (OTT) content providers (specific platforms such as WhatsApp, Facebook and Skype) and a 1% tax on mobile money withdrawals, effective from 1 July 2018. The two taxes are in addition to the 18% VAT, 12% excise duty, 10% withholding tax on commission and 30% corporation tax on profits already levied on airtime services. The taxes on social media have not been introduced without protest, for example from the musician turned politician Robert Kyagulanyi Ssentamu, aka Bobi Wine.

A study by an independent research firm into Uganda’s taxes on the ICT sector in August 2018 indicated that while the OTT tax may amount to 2.4% of an average person’s income in urban areas, it takes up to 24% of the income of people living in some rural areas. Not only are the new taxes highly regressive, they also have a narrow base, seem discriminatory, and are unfair and inequitable. For example, if money is sent via mobile money and the subscriber withdraws it via the mobile money platform, the 1% tax applies; but if the same money is deposited in the subscriber’s bank account, no tax applies when the recipient withdraws it via the bank.

According to the Bank of Uganda, mobile money transactions fell by 672 billion Ugandan shillings (US$180m) two weeks after the tax came in. The taxes clearly stifle financial inclusion and undermine the effort to make Uganda a cashless economy, which will ultimately make transactions traceable for tax purposes. Tanzania introduced a similar mobile money tax of 0.15% in 2013 but abandoned it in 2014 for these reasons.

The report identifies policy discretions such as tax exemptions creating perceptions of unfairness and lowering tax morale as a result. It advocates the removal of exemptions from income tax and from VAT on agricultural supplies as they seem to benefit all farmers, whether large or small-scale. While large-scale farmers inevitably benefit from a tax policy meant to encourage small-scale farming, the tax reforms in the agricultural sector may yield little revenue in the medium term. This is because the structure of the Ugandan economy has changed.

According to the Uganda Bureau of Statistics, between 1990 and 2016, in terms of contribution to GDP, the agricultural sector plummeted (from 55% to 23%), while services went up by half (from 31% to 47%) and industry more than doubled (14% to 31%). Agriculture may be an obvious place to tax the informal sector, but policy initiatives need to respect equity and fairness rather than just exploit a potential revenue source.

Some of the reforms the report proposes include upskilling staff at the tax authority, increasing its use of data analytics and forecasting, and strengthening its audit and investigative functions. Such reforms are already happening: the URA has set up an electronic hub to analyse data and focus on high-risk tax areas, and has rolled out a massive training programme to upskill staff. These reforms should mobilise revenue better in the medium term.

Strengthening the social contract is a fundamental issue in Uganda because tax morale (ie voluntary compliance) is low because of widespread corruption and wasteful government expenditure. The government needs to ensure transparency and accountability for its spending of taxpayers’ money. Public service delivery remains poor in many areas in spite of rising public expenditure.

For a country like Uganda, the proper accountability of tax revenue would encourage taxpayers to comply. Without a stronger social contract, revenue mobilisation is likely to remain a challenge. The URA has made some effort here, but it needs the government to play its part too in boosting the tax take by strengthening the social contract.

Ethiopia in tax partnership with UK

In August, shortly before UK prime minister Theresa May visited sub-Saharan Africa in a push to boost post-Brexit trade, the UK announced a £35m (US$45m) tax partnership programme with Uganda’s East African neighbour, Ethiopia. The aim is to help the rapidly industrialising nation harness the potential of its booming economic growth.

The partnership will help Ethiopia generate tax revenue for financing its own services and development, tackling poverty, and moving beyond aid.