If carbon taxation is to become an effective tool in combating climate change, it needs to be better understood by governments and public alike 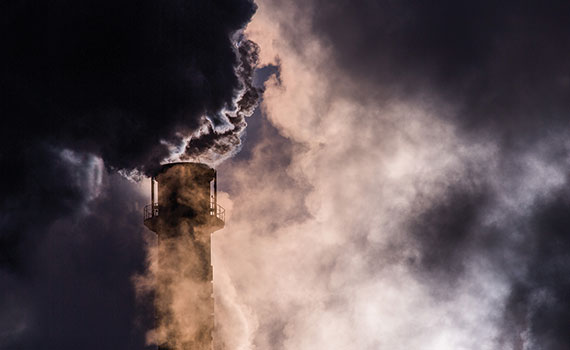 No one was surprised when Irish prime minister Leo Varadkar announced an increase in the country’s carbon tax rate in August 2018. As the years have gone by, revenues from the tax – which was introduced in 2010 and applies to kerosene, marked gas oil (reduced-rate diesel for pleasure craft), liquid petroleum gas, fuel oil, natural gas and solid fuels – have had a positive impact on the government’s finances, helping to reduce the national debt and boost welfare provision.

Around the world, such measures to combat climate change are rare, although increasing, and their effectiveness is under scrutiny.

Kurt van Dender, head of environment and tax at the Organisation for Economic Co-operation and Development (OECD), says: ‘New carbon taxation schemes are being introduced, but we estimate that they make not a lot of difference [to emissions] because either the coverage is too broad or the rates too low.’ According to a recent OECD study, Effective Carbon Rates 2018, 46% of carbon emissions in 42 OECD and G20 countries are not taxed at all.

It is generally agreed that carbon pricing (see panel) is set too low. According to the OECD’s report, existing pricing falls 76.5% short of the real cost of carbon, conservatively estimated at €30 per tonne of CO2 emissions. Resistance from lobbyists and misunderstanding of carbon pricing are among the most significant factors explaining the shortfall.

That’s a wide gap to bridge. Perhaps the gloomiest portent for the planet’s environment was the rejection of a carbon tax bill by the US House of Representatives in July 2018. A renewed effort to price carbon is now under way, supported by veterans of the Republican party (see panel).

Yet the Irish initiative, alongside others in Sweden, Portugal and a handful of other countries, suggests that progress is possible. Several approaches are open to policymakers seeking an effective solution to the issue, with perhaps the most workable involving an improved policy structure that visibly rewards the public from the carbon tax revenue. Another is better communication of the benefits of the revenue raised by a carbon tax rather than just its cost.

Currently the taxation of carbon is usually blamed for raising heating and power bills, which hits the most vulnerable elements of society particularly hard. However, as van Dender explains: ‘The direct effect of an energy tax tends to be progressive in terms of equity… because the rich use more energy.’ Even so, the absolute price of energy can impoverish those on the lowest incomes.

That is why some of the benefits of carbon taxation need to be explained. ‘It doesn’t make sense to make statements about inequality or energy poverty without making statements about revenues,’ says van Dender. Carbon tax revenues can be used to raise business or taxpayer incomes by, for example, funding cuts in corporate or employment taxes.

In addition, when a carbon tax is introduced, the temptation to keep the rate as low as possible may weaken the environmental signal the tax sends out. Instead, van Dender suggests cuts in other taxes could be made to compensate taxpayers, and that fact should be broadcast more widely to encourage acceptance. ‘Cutting corporate or labour taxes is a very sensible way to use the revenues, and the key to building public support,’ he says.

Perhaps an even greater challenge is to improve collaboration between finance and environmental professionals, whether in government or business. ‘People who are interested in the environment don’t generally speak to people who work on tax or finance,’ says van Dender. ‘It’s a connection that’s not often made.’

This disconnect has already been experienced by governments. In Mexico, for example, the environment ministry started considering the introduction of an emissions trading scheme when the finance ministry launched a carbon tax in 2014 to raise revenue.

‘They started to compete with each other for the ability to govern carbon prices, which clouds the issue,’ says van Dender. ‘Quite often if you introduce carbon pricing, the environment ministry says you should use it to fund green investments. Its argument is often to keep [revenue from the tax] in the environmental field, and it may attempt to exclude financial people from decision-making.’

Richer people can also be powerful and skilled lobbyists, and are well placed to campaign against a tax on energy, which they consume more of than the rest of the population. Until carbon taxation is better understood and accepted, governments will continue to have to rely heavily on other less effective tools such as energy efficiency policies to reduce carbon emissions. ‘If we continue at this rate, we won’t close the carbon gap until 2095,’ van Dender points out.

"Cutting corporate or labour taxes is a very sensible way to use carbon tax revenues, and the key to building public support"

What is carbon pricing?

Carbon pricing charges entities for their emissions of carbon dioxide, and helps shift the burden for the climate change consequences of those emissions back to those responsible. The carbon price is the amount paid for the right to emit carbon dioxide into the atmosphere.

The US carbon dividends plan

A campaign in the US for a carbon tax has been launched by the Climate Leadership Council (CLC), backed by former Republican secretaries of state George Shultz and James Baker, as well as Democrat politicians and fossil fuel companies such as ExxonMobil. The plan involves:

A carbon tax starting at US$40 a ton and rising over time
Returning the proceeds of the tax to citizens as a reward for reduced carbon footprint
Border adjustments – a tax on imports from any country without a carbon tax and a rebate for exports to any country with one, to provide a level playing field
A simplification of climate regulations.

CLC senior vice president Greg Bertelsen says: ‘By returning all of the revenue to households, the Baker-Shultz plan ensures that the American people come out furthest ahead. For these reasons, this approach is overwhelmingly popular, regardless of political affiliation.’