How the new deal on social housing affects the devolved nations

The government is promoting a new deal for social housing in England by changing the way funding is allocated, but what does this mean for the devolved regions? 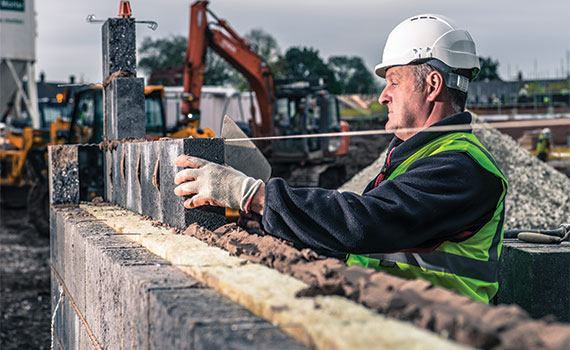 It was all part of a change in the government’s approach, a move towards the longer-term, confirmed funding arrangements that associations had asked for. The new deal allows funding applications to 2028/29 and follows the award of £600m worth of longer-term deals to eight associations, which have already enabled the building of nearly 15,000 new homes.

In August, the green paper A New Deal for Social Housing was published, indicating the future direction of government policy. It contains five principles to ‘underpin a new, fairer deal for social housing residents’. Those principles are:

It may also herald the end of housing associations’ heavy reliance on commercial loans and could change the balance of power between lender and borrower.

David Orr, the outgoing chief executive of the National Housing Federation, acclaimed the promise of new funding. ‘This represents a total step-change,’ he said. ‘For years, the way that money was allocated meant housing associations couldn’t be sure of long-term funding to build much needed affordable housing.

‘Now, by changing the way in which they allocate funding, ministers have given long-term confidence and confirmed that we are trusted partners in solving the housing crisis, building new homes and communities. Ultimately, this will have a huge impact on building the affordable homes that thousands of people across the country desperately need.’

The prime minister’s announcement of extra, longer-term funding for English housing associations could lead to additional funds for the devolved nations through the Barnett formula. David Stewart, policy lead at the Scottish Federation of Housing Associations, explains: ‘We would hope that additional funds will become available to housing in Scotland via Barnett consequentials following the PM’s announcement. However, we will need to see how the funds are allocated by the Scottish government.’

The extra funding potential is also complicated by support for affordable housing in England seldom coming in the form of grant aid for new-build social housing – the main focus of investment in Scotland. The funds announced may be for measures such as loans and financial guarantees, and support other forms of development rather than funding to housing associations.

‘Housing associations in Scotland are in a sound financial position,’ says Stewart. ‘At present they are benefiting from an ambitious programme to build 50,000 affordable homes during the current Scottish parliament, 35,000 for social rent. They also have the most energy-efficient homes by tenure after investment to meet quality and energy efficiency standards.

‘There are challenges, however. Welfare reform is a strain on landlords and tenants, and there are Scottish government proposals for higher energy efficiency standards and a requirement for sprinklers in new-build social housing, both of which would have significant cost implications.’

Ben Collins, CEO of the Northern Ireland Federation of Housing Associations, has also asked for clarification of a possible funding benefit via the Barnett formula. Northern Ireland has specific challenges in financing social housing, with consequent constraints on borrowing.

The Office for National Statistics reclassified the social housing sector in England as part of the public sector in 2015, and in Scotland, Wales and Northern Ireland in 2016. Subsequent legal changes have allowed their reclassification as private sector bodies in Britain, but the lack of a legislative assembly following the collapse of devolved government has prevented the same happening in Northern Ireland. The Treasury has put a temporary exemption in place, but restrictions remain on the use of financial transactions capital, which is used for co-ownership housing and some affordable housing.

Aaron Hill, assistant director of policy and public affairs at Cartrefi Cymunedol Cymru (Community Housing Wales), is positive about the prospects for social housing in Wales. ‘The Welsh government has committed to invest more than £1.5bn of funding in housing throughout this assembly term,’ he says, ‘and its new draft budget saw an additional £35m assigned to social housing grant. This is great news for housing associations, and means we are on target to deliver the Welsh government’s 20,000-home target during this assembly term.’

Welsh housing associations intend to build 75,000 new homes by 2036. The Welsh government commissioned an independent review of affordable housing supply earlier this year to consider how to achieve this.

But while additional funding for social housing across the four UK nations is certainly available, the pressures on housing associations to satisfy the rising demand remain considerable.

The size of the sector