Does mandatory rotation of partners result in better quality audit? 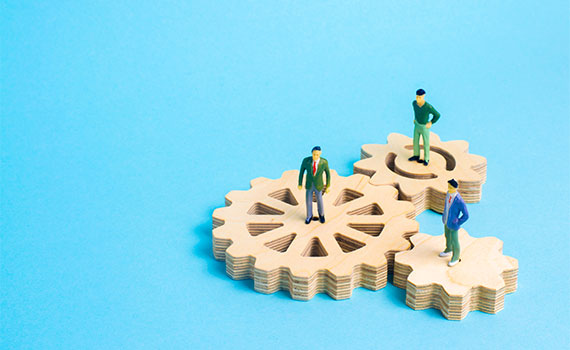 The mandatory rotation of audit partners significantly increases audit quality without the need to change firms. This was the finding of a study of companies in mainland China, which revealed that auditors made changes to accounts in three-quarters of cases immediately before or after a rotation occurred.

The research was carried out by Professor Tianyu Zhang of The Chinese University of Hong Kong; Professor Clive Lennox of Nanyang Technological University; and Dr Xi Wu of Central University of Finance and Economics. Using data submitted to China’s Ministry of Finance, the team measured the effect of partner rotation in 6,341 companies.

In the majority of instances, the revisions involved a downgrade of profits, reducing them by nearly a fifth on average. This suggests that high-quality audits can be achieved without forcing companies to change audit firms every few years.

Many jurisdictions, including Hong Kong, mainland China and the UK, impose limits on the length of time an audit partner can audit a company’s accounts. The limits were introduced in the belief that forcing auditors from the same firm to rotate created a positive peer-review effect and brought a fresh perspective to the accounts, both of which raised the quality of the audit.

It was also argued that a newly appointed partner was likely to be more independent of the client as they had not yet had time to develop close personal relationships with the management, while someone who had been in place for several years may have become overly trusting.

But opponents of the practice argue that mandatory rotation could actually be detrimental, as it leads to a loss of client-specific knowledge, with the incoming partner likely to be less well informed, and therefore less likely to spot a financial reporting problem.

Firms must also share the pre-audit profits of all publicly traded clients with the Ministry of Finance. This requirement enabled the researchers to track how frequently adjustments made to reported profits coincided with either the final year of tenure for an audit partner prior to rotation or the first year of a new partner.

The study found that there was a ‘significantly higher’ frequency of audit adjustments during the departing partner’s final year of tenure prior to mandatory rotation and during the incoming partner’s first year.

Nearly twice as many revisions involved a downward adjustment to profits as those where profits were revised up. The revisions were also not insignificant, leading to a 16.2% reduction in reported profits on average. Upward revisions were smaller at around 9.8%.

‘Our results suggest that mandatory rotation of engagement partners results in higher quality audits in the years immediately surrounding rotation,’ Professor Zhang says. ‘This is not a surprise to us. Given the importance of relationships, or guanxi, in China, the long auditor-client relationship may cultivate potential collusion, which in turn undermines the audit quality.

‘The improvement of audit quality through disturbing such relationships makes a lot sense in China.’

The study also found that audit adjustments were less common among larger companies and those that were highly leveraged, while there were also fewer changes made to the accounts of clients of the Big Four accountancy firms, which the researchers attributed to companies in these categories having higher quality pre-audit financial statements.

By contrast, audit adjustments occurred more frequently when audit fees were higher or when audit firm tenure was longer.

‘This association is very natural,’ Professor Zhang says. ‘Auditors will charge higher fees for higher risk clients. Meanwhile, the auditor will make more adjustment in the audit because these clients are more likely to manipulate accounting numbers.

‘The longer tenure may also imply more knowledge by the partner to spot accounting problems. I think this is just an equilibrium in the industry.’

There was also a trend for audit adjustments to be more common for companies when audit firms had merged, which was seen as being consistent with the merged firms providing higher quality audits.

The study has significant regulatory implications, as it suggests that departing partners are motivated to clean up the client’s accounts in their final year, in anticipation of the arrival of the new partner the following year.

The new partner in turn makes more adjustments due to the fresh perspective they bring to the accounts, making them more likely to spot and correct financial reporting problems during their first year of tenure.

There was no evidence that audit adjustments made in the final year before mandatory rotation were reversed in the subsequent year, negating the argument that changes were simply more frequent following rotation because the new partner disagreed with the adjustments made by the departing one.

‘The evidence from the analysis shows that the long-duration relationship between auditor and clients may undermine the audit quality,’ Professor Zhang says.

‘The regulator can take action by interrupting such a relationship, such as through the requirement for mandatory rotation for a certain period.’

He adds that while collecting audit data, in the way China does, may not necessarily lead to improvements in audit quality, it does make it easier for regulators to review the work done by auditors.

Overall, the research suggests that rotating audit partners can raise the quality of an audit without the need to change audit firm.

'Audit quality relies on two factors: the ability to spot accounting fraud and the willingness to report the fraud,’ Professor Zhang says.

He points out that mandatory rotation can act as a ‘shock’ that increases the incentive for the departing partner to improve audit quality, while also enabling the incoming partner to bring fresh eyes to the process.

Professor Zhang concludes: ‘Our findings have significant implications for public policy because many countries rely on mandatory audit partner rotation rather than mandatory audit firm rotation to ensure high-quality audits.’

"The long auditor-client relationship may cultivate potential collusion, which in turn undermines the audit quality"

Are shorter rotations the answer?

Many jurisdictions impose mandatory audit partner rotation, with tenures typically of five years, as is the case in the UK and China, or seven years in, for example, Australia and the US. But the benefits need to be offset against the loss of client-specific knowledge when partners change.

As a result, Professor Tianyu Zhang of The Chinese University of Hong Kong does not think having shorter rotation periods would further increase audit quality. ‘The rotation may lead to improvements in audit quality because it increases the independence of the auditor. However, it also results in the loss of client-specific knowledge,’ he says. ‘If the mandatory rotation is too frequent, no partner will be willing to invest in understanding specific clients, and as a result audit quality may decrease in general. Thus, we cannot infer that audit quality will increase more if the mandatory rotation period becomes shorter.’