The rise of digital reporting

There’s a clear demand from investors for digital reporting, but companies say a lack of regulatory consensus and guidance is hampering its delivery 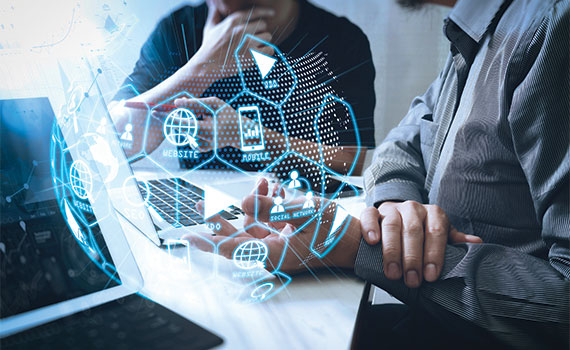 If you needed clear evidence that markets pay attention to social media, it came on 7 August last year, when Elon Musk, founder and CEO of Tesla, announced on Twitter that he planned to take the company private and had funding ‘secured’. Tesla’s share price at the time was hovering around the US$340 mark; over the following days it soared to a peak of US$379. When Musk tweeted that the company would remain in public hands 17 days later, the share price fell to US$319.

The use of social media by institutional investors to inform investing decisions has been growing steadily over the past four years. In 2014, a survey by Greenwich Associates found that almost 80% of institutional investors use social media as part of their regular workflow, with about 30% saying that information they had gathered through social media had directly influenced an investment decision or recommendation. Nearly half (48%) said that information from social media had prompted them to carry out additional research on an industry topic or issue.

The disruptive impact of digital technology will, naturally, affect the world of corporate reporting. What is less clear is the path that this will take; the dispersal of information through social media platforms is only one part of a complex picture.

At the core of the debate around digital reporting is what users want and need, which can be summarised in two words: comparability and specificity. ‘Investors want the best of both worlds,’ says Alison Thomas, a former investor who now advises companies on corporate communication. ‘They want to compare companies across sectors, but they also want to roll their sleeves up and get into company-specific information – and so far, company data hasn’t been structured in a way that makes comparison easy. Digital technology, in theory, gives us the capability to have our cake and eat it – to compare structured data, with a company-specific overlay.’

The problem is that too many companies are lagging behind demand for digitised information, she adds: ‘The demand for digital information is there, and data intermediaries are investing a lot in order to make data available in a searchable form. Why this investment? In many markets, companies are only required to file a pdf of their annual report, which makes searching their filings more time-consuming than it needs to be.’

Companies say they are hampered by a lack of regulatory consensus and guidance. While there is growing consensus for change in both the emphasis of corporate reporting and the manner in which it is delivered – reinforced by the Integrated Reporting Council’s framework for value creation and Accountancy Europe’s report, The Future of Corporate Reporting – a clear direction of travel remains elusive.

Digital technology is bringing greater comparability within reach. While blockchain has potential for transforming digital reporting, the frontrunner in terms of digital tools remains XBRL, which is used by companies in 70 countries, most often for private reporting to regulators, on a voluntary or mandated basis. A handful of jurisdictions require public filings in XBRL format, most notably Japan, China and the US, with mixed results.

Europe, though, will see what the UK’s Financial Reporting Council (FRC) calls ‘a turning point in the use of technology in corporate reporting’ over the coming two years when the European Single Electronic Format (ESEF) is introduced, mandating (if all goes to plan) the filing of annual reports in digital format from 2020 year-ends.

A report by the FRC, Digital future of corporate reporting, said ESEF will ‘facilitate the use of corporate communication and data across Europe, truly digitally, for the first time’. But the FRC warned that there would be a steep learning curve for both companies and regulators, and that ‘the scope of current mandates is unlikely to cover all the contextual elements that users desire’.

‘Financial statements are critically important but users also need to know the adjustments that management are making,’ says Thomas. ‘Until we have tagged the scope of that information – information that’s essential for investor decision-making – we will always have a disconnect.’

In terms of specificity, digital technology is helping companies communicate the environmental, social and governance information that informs investors’ decision-making. The multi-channel approach to investor communication is becoming the norm; social media is increasingly being used to amplify announcements and news, and there are many other digital delivery options (podcasts, webinars, live chats) that will help to fill out the contextual information that investors need.

The message is that digital reporting is on its way and no one can afford to ignore it. The introduction of ESEF is the catalyst for change. ‘Companies need a digital strategy, full stop,’ says Thomas. ‘2020 isn’t far away and they need a plan for meeting the requirements of ESEF. That means building digital readiness into the organisation; investing in dinosaur systems is not the answer.’

One size doesn’t fit all

The most important advice is that companies should talk to their users, says Thomas: ‘Find out what information they use, and how they would rather access it. Would they prefer it in a particular format? How do they use social media?’ The delivery channels for corporate information are moving forward, but the underlying need to understand what users need remains unchanged.

"At the core of the digital reporting debate is what users want, which can be summarised in two words: comparability and specificity"