Integrity of the national accounts threatened by MNCs

Increasing globalisation and the growing number of multinationals based in Ireland are threatening the integrity of the national accounts. What is the solution? 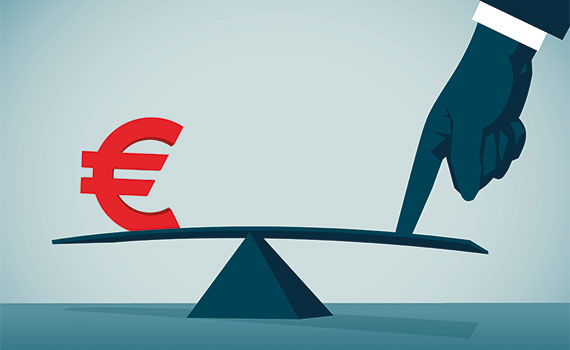 US economist Paul Krugman coined the term ‘leprechaun economics’ to explain the disparity between Ireland’s national accounts and the less glorious reality on the ground. ‘Ireland, famously, is a country where GDP vastly exceeds national income, by a growing margin,’ he explained. ‘The reason is a low corporate tax rate, which attracts both real foreign investment in capital intensive sectors – investment that raises GDP but does little for workers – and also creates an incentive to use transfer pricing to make profits appear in Ireland even though they have nothing much to do with Irish activity.’

Krugman brought international attention to a statistical peculiarity, which is exercising the Central Statistics Office (CSO). As its response to the challenge, the CSO developed a new measure: modified gross national income, or GNI*. This is calculated by using the figure for gross national income (GNI) less the factor income of re-domiciled companies, less depreciation on R&D service imports and trade in intellectual property products and less depreciation on aircraft related to aircraft leasing. It is complex, but CSO hopes this provides a more relevant picture.

The Economic and Social Research Institute (ESRI) – has been working on the same theme. ‘The traditional national accounts published by the CSO need to be supplemented by satellite accounts in order to understand the globalised economy in Ireland,’ argued ESRI in a recent report. ‘The existing national accounting framework, which has provided vital information for policymakers and for wider society over the last 50 years, cannot handle the complexities of globalisation in its existing form.’

The ESRI report, National accounts for a global economy: the case of Ireland, was written by John FitzGerald, one of Ireland’s most respected economists, who is a former research professor, and now research associate, at ESRI.

‘The national accounts were originally developed for a pre-Second World War economy where goods and services were produced within individual countries without substantial inputs from abroad,’ he explains. ‘The modern world, where goods and services for final demand are produced in stages across a range of countries involving a complicated supply chain, poses special problems for national accounts.’

FitzGerald adds: ‘In the case of Ireland, the problems with the national accounts have manifested themselves in a particularly remarkable way, giving rise to a growth in real GDP in 2015 of over 25% that was clearly “incredible”. The fact that it was incredible reflects a problem with the underlying accounting framework, not with a failure to apply the accounting standards.’

That problem relates in particular to US-owned multinational enterprises that operate in Ireland, many of which report their intellectual property ownership in Ireland for tax reasons. While international attention has focused on those tax implications, for Ireland distorted figures create problems in terms of economic management and planning. Policymakers need accurate data to understand issues of productivity, how resources are used and the factors that drive economic growth.

FitzGerald’s solution is to create ‘satellite accounts’, which would separate out the activities of multinational enterprises in each sector of the economy. This would enable policymakers to better understand the activity within the domestically-owned economy, including manufacturing.

Colm McCarthy is a former ESRI and Central Bank of Ireland economist, who produced the McCarthy Report, advising government on how to reshape public services in the wake of the financial crash. He believes that focusing on Ireland’s economic statistics misses the point. ‘The CSO must prepare accounts in accordance with the methodology prescribed by Eurostat,’ he explains. ‘And that methodology is based on a United Nations model going back many, many decades, when the world was very much simpler.

‘These multinational firms are doing all sorts of strange things to minimise their tax liabilities. They are locating all their intellectual property in Ireland to avoid paying tax in the US. It arises from the double tax treaties and because US tax legislation is deficient. This whole thing happened by accident.

‘Back in the 1990s people never thought lawyers and accountants were as smart as they turned out to be. And it is not just tech companies [taking advantage], it is pharma as well. The other sector is aircraft leasing. There are some very big leasing companies based in Ireland – this doesn’t have any tax implications, as far as I am aware. There are thousands of aircraft that have EI registration, even though they have never even been in Ireland. This messes up our import figures and the depreciation statistics.’

It is wrong to criticise the CSO for this, stresses McCarthy. ‘They have done it by the book, but the book is out of date. I think Eurostat is going to have to revise it. The leprechauns are actually in Luxembourg, rather than in Dublin.’

Multinational enterprises’ use of Ireland for their ownership of intellectual property distorts national accounts. The manufacture of goods in Asia, which generated profits that flow to the US, lead to large increases in reported Irish exports, although the goods never pass through Ireland. This led to a notional 26% rise in national GDP in 2015, and was responsible for 0.5% of GDP growth in the eurozone that year. Multinationals’ reported depreciation rose from less than €6bn in 2014, to €29bn in 2015 and €33bn in 2016, leading to a 16% rise in Ireland’s gross national income (GNI).