AI can help with predictions, but human judgement remains vital

Possibly best treated as a cheap prediction generator, artificial intelligence represents a useful input in decision-making, but human judgment will remain a must-have 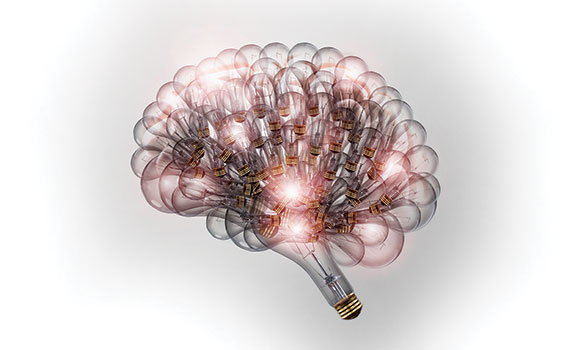 In the mid-1990s the economist William Nordhaus had a radical idea for valuing the invention of the light bulb. How much effort, he wondered, would it take to produce a similar amount of light with a wood fire? The answer: to produce the equivalent of an hour of light generated by a bulb, wood would need to be chopped 10 hours a day for six days.

Nordhaus went on to create a price index going back to sesame-oil-powered lamps from Babylonian times, showing that the real benefit of the light bulb was a dramatic fall in the cost of artificial light. Researchers have since used Nordhaus’s econometric approach for valuing technology to examine the internet’s role in lowering the cost of search; in transporting, verifying and replicating information; and in tracking behaviour.

And now three academics in Canada have followed this process to cut through the hype around machine learning, the most popular example of artificial intelligence (AI) today. ‘Digging into the technology, it became clear that the benefit of machine learning was a drop in the cost of prediction,’ says Avi Goldfarb, an econometrician who specialises in the science of quantitative marketing. With Ajay Agrawal and Joshua Gans, his fellow professors at Toronto University, he has co-authored the book Prediction Machines: The Simple Economics of Artificial Intelligence.

Not everyone sees machine learning in such a reductive light. Computer science academics emphasise the potential of AI’s ability to learn, and the ramifications this holds for training robots and the like. ‘But that’s not the AI we have today. It hasn’t gone past that one thing – cheap prediction,’ says Gans, a renowned Australian economist who moved to Toronto in 2010.

Prediction is the process of filling in missing information. You take the information (or data) you have, and use it to generate information you don’t have. Given the great advances in AI, calling it ‘cheap prediction’ seems a little underwhelming. It suggests we haven’t yet reached a drop in the cost of intelligence; we’re only reducing the cost of one part of it. Yet this part is a critical step. Machine learning’s probabilistic model mimics our own learning process, a process that has developed through millennia of evolution.

In On Intelligence: How a New Understanding of the Brain Will Lead to the Creation of Truly Intelligent Machines, co-author Jeff Hawkins (whose invention of the PalmPilot popularised handheld computing) argues that prediction is the basis for human intelligence. ‘Prediction is not just one of the things your brain does,’ declares the book. ‘It is the primary function of the neocortex, and the foundation for intelligence. The cortex is an organ of prediction.’

Prediction Machines explains that machine learning is not on its own a tool to replace professionals; it is merely a tool for improving prediction. And prediction is one of several inputs into the process of decision-making, the authors argue. Another is that undervalued input called judgment.

‘Prediction facilitates decisions by reducing uncertainty, while judgment assigns value,’ the authors write. Luckily for accountants, value is a difficult thing for machines to assess. Machine learning may speed up the process of making predictions by categorising and sorting data and picking out patterns. But turning those lessons into business advice, and prioritising them in terms of success, requires the analysis of a wide-ranging combination of emotional, intellectual and practical considerations.

‘In economists’ parlance, a judgment is the skill used to determine a payoff, utility, reward or profit,’ the book explains. ‘The most significant implication of prediction machines is that they increase the value of judgment.’

‘You can appreciate what else people do to make a decision,’ Gans says. ‘They can’t just predict stuff; they also have to know what the trade-offs are – and these things only come from people. Then you start to understand why it’s really hard to create a fully automated thing because we may not understand the nature of decisions the robot needs to make.’

When will AI move beyond cheap prediction to making judgments? Few agree on the timeline for a breakthrough of that magnitude; the predictions range from imminent to almost never. ‘Someone might switch on a robot AI that works it out itself and just becomes sentient. I’m not a computer scientist so I can’t give you a probability, but my feeling is that it’s not for a long time,’ Gans says. ‘We’ve got a lot to do with the AI we currently have, and that’s going to keep people occupied for the moment.’

A wave of machine learning applications is breaking across the business world. One of the latest is Google’s word processor for Google Docs, which automatically corrects grammar in real time. AI is being quickly built into other programs, from SME accounting software to enterprise resource planning (ERP).

Gans cautions against believing everything you hear. ‘I wrote the book because I was concerned that people would say, “Buy my magic AI!” and it would turn out to be not that good,’ he explains. ‘I don’t think there’s any need to rush to add it to your operations.’

The use case for accountants in practice is more clear-cut. ‘Accounting does have data going for it, so it’s only a step away from being put to use,’ Gans says. Forensic accounting and auditing are already making way for algorithm-driven programs that process huge volumes of transactions. These programs can pull up a shortlist of transactions to check for fraud or error (see panel).

Will accountants be replaced by machines then? Goldfarb believes this is unlikely. Fifty years ago, accountants spent most of their time doing arithmetic. When the spreadsheet arrived, it dramatically lowered the cost of doing that arithmetic and helped clients make decisions. Before spreadsheets arrived, one would have expected the arrival of such a powerful decision-making tool to reduce the need for accountants. ‘But the numbers have remained steady,’ Goldfarb points out. ‘Most of the tasks that accountants do today they will not be doing in 10 to 15 years from now,’ he predicts. ‘That doesn’t mean we won’t have lots of accountants because these tools will enable accountants to better serve clients, which will open up new opportunities.’

And, of course, accountants need to understand the capability of machine learning and other technologies to improve their clients’ businesses.

Sholto Macpherson is a technology journalist and editor of the accounting technology blog DigitalFirst.com.

With accountants already using machine learning software to perform audits in a matter of minutes, the task of poring over spreadsheets to match up transactions looks like being one of the first to fall under the wheels of automation.

Radlee Moller was at a partner retreat in Hawaii when he first realised the opportunity for machine learning. As the managing partner at CIB Accountants and Advisers in Sydney, Australia, he was intrigued at claims made by a software company, MindBridge Ai Auditor, that it could automate most of the legwork for auditors.

Moller invited MindBridge CEO Solon Angel to Australia and watched Angel run the ‘Pepsi challenge’. The software took five minutes to audit a file and find the four mistakes in it that had taken a five-person team three weeks to uncover. It even revealed a fifth, hitherto unknown error.

Moller timed the software on other files at CIB. ‘It took 12 minutes for the biggest file in the firm,’ he says.

Several months later, he had convinced Angel to let him distribute MindBridge to Australian firms. The startup is already making millions in revenue, has 120 customers – including the Bank of England – and is preparing for a stock market launch in 2021.

CIB Accountants hasn’t dropped its fees for audits, despite the time saved. ‘I tell clients there’s a software cost. We don’t pass that on; we wear it,’ Moller says.

Moller’s experience fits the prediction made by Deloitte Australia in a 2017 report that auditing would be the most likely field for automation. ‘Auditors will eventually veer towards the forensic accounting, accuracy, validation-type of role rather than sitting with Excel spreadsheets trying to manually reconcile thousands of transactions,’ says Gavin Whyte, chief data scientist at Deloitte Australia.

Whyte has been developing in-house algorithms that replicate MindBridge’s smarts. The Big Four firm can customise them for different clients or applications, he says.