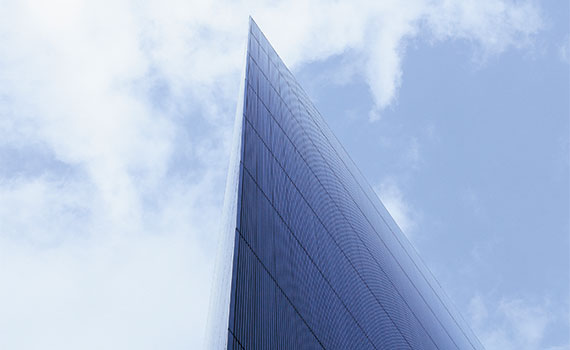 Amid much fanfare, 1 April 2019 marked the first day of Making Tax Digital (MTD) for VAT, the government’s flagship revenue collection initiative. But although this signalled the start of this new era, the process will not really begin in earnest until the next round of VAT returns. The earliest deadline will be 7 June 2019.

So 1 April was a false dawn in many ways, but the key point is that if a business that is required to file its VAT returns through the new system is not up to speed on the potential pitfalls by now, it could have a very rude awakening. And there are likely to be quite a few businesses in this position: according to figures released by HMRC, only 70,000 business had signed up to the new service one week ahead of the 1 April launch date – out of a possible 1.2 million.

Under MTD, most businesses above the VAT threshold (currently those with a turnover of £85,000 or more) have to start keeping their records digitally and send their VAT returns to HMRC direct via their software for VAT periods starting on or after 1 April. However, HMRC has emphasised that 1 April is not ‘a cliff edge’.

It says that businesses can join as and when it is right for their VAT period. The first businesses that will be mandated to file through MTD will not have to do so until August. HMRC has also emphasised that it will employ a light-touch penalty regime for non-compliance with MTD and digital record-keeping requirements during its first year of operation, though professional bodies have warned that late payment of the tax will not be covered by this approach.

‘One of the most important challenges faced by businesses is to understand the technicalities and statutory requirements of MTD,’ warns Emine Constatin, EMEA head of accounting and tax at TMF Group, the global accounting and tax services provider. ‘Without this understanding, it is very difficult to know what needs to be implemented and what changes need to be made in the business.’

The level at which MTD affects businesses depends very much on the business size. Constatin argues that the impact on larger businesses has so far not been that dramatic, mainly because they would already have been using technology for their accounting records. ‘Large businesses probably only need to ensure that their technology is able to connect with HMRC’s platform; it is more a matter of integration and interfacing,’ she suggests.

But for smaller businesses, the impact will be very significant. ‘Many of these smaller businesses do not maintain digital records, so do not have the discipline of updating their records,’ Constatin argues. ‘For these businesses the move to MTD will represent a big change. They will need to invest in new technology, or at least invest in bridging tools that will allow their spreadsheets to interface with HMRC’s platform.’

Deciding on the level of technology required represents the major stumbling block for many businesses, according to Constatin, especially if the business is shifting from a paper-based system to one that is wholly digital. However, the level of detail required will also increase significantly. ‘With MTD, businesses need to be more detailed in recording every transaction, and they need to make sure that all the documents that support these transactions have the right level of detail,’ Constatin says. Ultimately, though, an individual business’s VAT return will still look the same.

However, Constatin believes that there is a bigger purpose behind HMRC collecting the data. ‘We know, based on our own experience of similar changes in Europe, that the next step for tax authorities is to pursue a higher level of analysis of the information. It is possible the tax authorities will come back to businesses to ask for additional information and clarification. Companies will therefore need to think a step ahead so that it is easier for them to reply to any further requests for details from the authorities.’

In line with this, it is clear that at some point in the future the scope of MTD will be widened to include the collection of other taxes. However, the UK government has pledged it ‘will not widen the scope of MTD beyond VAT before the system has been shown to work, and not before April 2020 at the earliest’. This, the government hopes, will ensure that there is time to test the system fully and in real time, and for digital record-keeping to become more widespread. But it is a date that is less than a year away.

In the meantime, accountancy practices have and will continue to play an important role in educating their clients about the need to be MTD-compliant, where appropriate, and also play a practical role in taking over the burden of compliance.

In particular, accountants and their clients have reported issues around registering with the new system. This has included companies that registered too early, a move that prevented them from filing their last VAT return under the old system, putting them at risk of late payment penalties.

‘There were some issues and hold-ups at the registration stage,’ says Constatin, ‘This can be inherent with any new system, but this is where the accountancy practices can step in to ensure a smooth transition.’