Innovation is a key driver of competitiveness, both for businesses and national economies, but SMEs have been slow to grasp the benefits of Ireland’s R&D tax reliefs 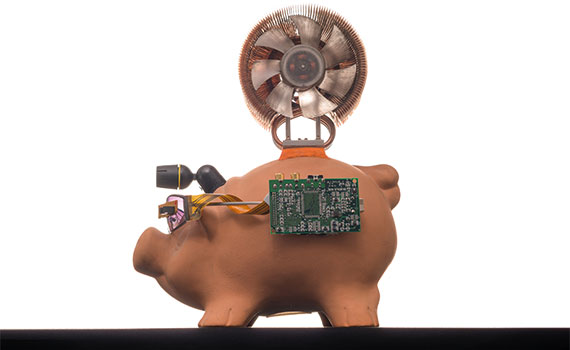 This article was first published in the September 2019 Ireland edition of Accounting and Business magazine.

Ireland’s small and medium-sized enterprises (SMEs) could make more use of research and development (R&D) tax credits to stimulate innovation, according to a recent KPMG study that found only 55% of SMEs surveyed had claimed R&D tax credits, and only half were aware of the ‘knowledge development box’ tax relief.

Introduced in 2015, the knowledge development box provides an effective tax rate of 6.5% on income generated from intellectual property developed in Ireland. However, only a third (34%) of the KPMG survey respondents who were aware of the scheme intended to claim it in future.

R&D tax credit is calculated at 25% of qualifying expenditure and is deducted from a company’s corporation tax. It was introduced in 2009 with the aim of raising Irish R&D spend to 2% of GDP by 2020. A Department of Finance 2016 review found it delivered a high return on investment, with an extra €2.40 spent on R&D for every €1 in tax revenue forgone.

Damien Flanagan, R&D tax partner at KPMG Ireland, says: ‘The Irish government has set ambitious targets for investment in R&D and innovation, to bring Ireland in line with the most innovative EU countries. However, Ireland’s exceptionally strong economic growth in recent years has meant that RD&I [research, development and innovation] expenditure when expressed as a percentage of GDP has remained stubbornly around the 1% level – approximately half the European average, which is our ultimate goal.’

‘Ireland’s R&D tax regime is among the best in class internationally,’ says Ian Collins, partner and head of R&D tax services at EY Ireland, ‘and allows companies to claim a competitive package of benefits for their R&D efforts, boosting growth in Irish businesses and foreign direct investment.’

He adds that more companies could claim the tax reliefs available, attributing reluctance to fear of a Revenue audit, weak understanding about how to make a claim (including documentation), and poor awareness that these reliefs can always be cash-refundable.

The documentation required from an SME can be onerous and distracting. To qualify for R&D tax credits, SMEs have to demonstrate a systematic investigative process, and there is ‘significant scrutiny’ of claims by Revenue, Vahey says. Companies also underclaim by failing to appreciate the breadth of the tax definition of R&D.

As a result, the scheme suits some sectors more than others. ‘If you are in pharma, you will have lab books and so on, and the more documentation you have the easier it is to substantiate a claim,’ Vahey explains.

The admin burden may also affect which projects and expenditure are claimed for, says Adrian Walker, director for global investment and innovation incentives at Deloitte Ireland. Companies may avoid claiming on smaller projects, while the knowledge development box has been unpopular because of its complexity.

Claims timetables are also tight – they must be made within 12 months of the end of the accounting period in which a company incurs expenditure, and Revenue has four years from the end of the accounting period to revisit a claim. ‘Britain’s HMRC cannot go back and reopen a claim from similar UK tax breaks,’ Vahey points out. ‘This could create an issue around certainty.’

A recent improvement to the R&D tax credit scheme has been exemption from the science tests for applications that are in receipt of an approved R&D grant from a state agency and are claiming no more than €50,000 in credits.

Against this background, Collins says that IT, pharma and life sciences are keenest to take up R&D relief. In 2017, 518 IT companies claimed €71m in reliefs compared with 464 manufacturing companies claiming €227m. ‘While Revenue’s audit activity is very focused on tech sector claims, companies in all sectors from food and drink to manufacturing are eligible and should consider these reliefs as a real business benefit,’ he adds.

Nicola Corboy, spokesperson for Enterprise Ireland, says the state development agency wants to raise its client companies’ R&D spending by 2020 to half as much again as in 2018. ‘Irish exporters are achieving international sales at record levels by driving innovation and creating a competitive edge globally,’ she says.

Jennifer Smyth-Shanahan, spokesperson for the Department of Business, Enterprise and Innovation, says the government is tailoring the R&D scheme to SMEs. The amount of outsourced expenditure that qualifies for the R&D tax credit, ‘particularly with regards to encouraging collaboration with higher education institutions’, could be changed, she says, as many SMEs do not have access to the resources needed to carry out all R&D in house.

She adds that government may ‘amend the system of repayable tax credits for SMEs specifically to ensure that they receive the benefit in a timely and relevant period’. It will also assess whether small companies require a separate R&D tax credit, as is the case in some other countries, which will allow, for example, a cash refund in full in the year of the claim and a higher level of tax credit for SMEs.