As the African Continental Free Trade Agreement gets under way, Dony Mazingaizo FCCA and Garikai Nhongo explore what needs to be done to speed it on its way 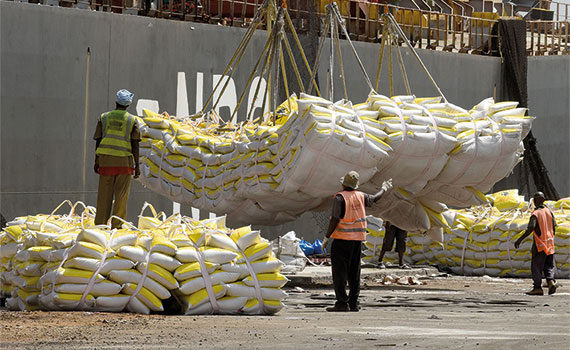 Following Nigeria’s ratification of the African Continental Free Trade Agreement (AfCFTA) in July, 27 countries have joined the free trade zone. With Africa’s largest economies – South Africa, Nigeria, Egypt and Kenya – now all on board, there is optimism that AfCFTA will provide the catalyst for achieving the African Union’s Agenda 2063, with its goals of shared prosperity and inclusive growth.

However, for AfCFTA to benefit ordinary Africans, concerted action is needed on many fronts, all of which will take time and considerable effort. Without determination the bold aspirations will not bear fruit.

A key element of the agreement is the possibility of free movement between member states. To achieve this, obstacles to travel within Africa need to be addressed, including:

Alongside these practical considerations, the lack of trust and acceptance of people and goods from other nations that prevails in some countries must be dispelled. The recent escalation of xenophobic attacks in parts of South Africa, for example, has shown how damaging such violence can be, not just for the victims but in economic terms too.

Balancing ease of travel and security considerations will also present challenges. Intelligence information sharing will remain a cornerstone for ensuring seamless free movement of people, goods and services in the future.

Investment is required in transport infrastructure. Addressing the deficit in ports, rail and roads will be a key enabler for unlocking value from AfCFTA. Many African countries inherited colonial infrastructure but have seen little capital investment since to unlock value for free and efficient movement of goods and people and to reduce the cost of doing business across Africa. Once efficiencies are realised in this area, the price of goods and services will become more accessible for a potential market of more than 1.2 billion people.

Parallel investment in digital connectivity and the building of a single digital market in Africa is also critical as businesses and people need ICT to be able to conclude transactions and pay for crossborder goods and services. The cost of internet and telecoms services remains very high in African countries, particularly for crossborder communications, which makes deepening crossborder engagement difficult to achieve.

The cost of investment needs to be shared across multiple governments and the private sector to quicken the pace of installation. With shared digital connectivity, innovation becomes swifter, communication becomes more efficient and profits begin to grow. This would have a positive impact on business and also people’s day to day lives.

The disparity between the GDPs of Africa’s richest and poorest countries is larger than in any other free trade area in the world. Egypt, Nigeria and South Africa account for half of Africa’s GDP whereas the smallest six nations collectively contribute 1%. If these disparities are not addressed, AfCFTA may end up benefiting only the largest nations in the bloc.

Growth in production and manufacturing will be key to reducing this disparity. For there to be a meaningful balance of trade between member countries, each market needs to bring something to the table that can be traded in other markets at competitive prices.

Manufacturing currently accounts for less than 15% of Africa’s GDP. An open market with local incentives would raise that percentage significantly and promote job creation, another key concern. The much touted demographic dividend means nothing in countries with high unemployment – a situation that applies in most of Africa. Policies to stimulate domestic and inbound private sector-led growth to create job opportunities for young people coming out of universities must be expanded. Where possible, public-private partnerships should be pursued, with a close eye on deal structuring so that governments do not mortgage future generations in perpetuity.

Free movement of goods and people could well open Africa up to an increase in illicit financial flows, money laundering and hot money, with significant implications for the stability of the financial sector and the development aspirations of economies. To prevent this, strict anti-money laundering laws and exchange control regulations will remain important.

Countries also need to put in place effective tax laws and policies and invest in skills and expertise to ensure that multinational companies pay their fair share of tax in Africa. Global government revenue losses from corporate taxbase erosion and profit shifting are conservatively put at between US$100bn and US$240bn annually – equivalent to between 4% and 10% of global revenues from corporate income tax.

The African workforce consists largely of sole traders, farmers and employees. Businesses try to reduce the cost of labour as best they can and different markets are protected by unions and stringent immigration laws. As people begin to move more freely across borders, governments must take steps to protect the rights of workers and their jobs.

AfCFTA is a highly positive framework for Africa. But for the benefits to trickle down to all, the bold steps outlined here will need to be addressed consistently by governments. Above all, political will is needed to ensure rapid progress during the implementation phase of the agreement.

Dony Mazingaizo FCCA is a member of ACCA’s Accountants for Business Global Forum and of the Institute of Chartered Accountants of Zimbabwe’s Public Sector Taskforce. Garikai Nhongo is project manager at Smart Africa, based in Rwanda.

"Once transport efficiencies are realised, the price of goods and services will become more accessible for a potential market of 1.2 billion people"