Listen to the whistle 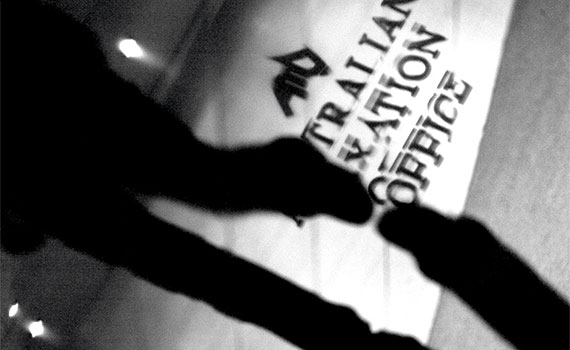 In October 2017, Richard Boyle, an employee of the Australian Tax Office (ATO), made a complaint under the Public Interest Disclosure Act. He felt uncomfortable with what he considered to be the excessive debt collection tactics that ATO staff were expected to employ – specifically, the seizure of funds from the bank accounts of taxpayers without prior notice or consideration for their circumstances.

After an internal investigation dismissed his allegations, the Adelaide-based public servant went public in April 2018. He subsequently lost his job, and is now facing a total of 66 criminal charges, carrying a maximum combined penalty of 161 years in jail.

While welcoming the new laws covering the private sector, Serena Lillywhite, CEO of Transparency International Australia, says that ‘never before has the case for law reform to properly protect the public sector whistleblower been so obvious’.

Lillywhite believes that punitive repercussions for whistleblowers are bad for transparency overall. ‘It really is a stark reminder that the public’s right to know is being compromised,’ she says. ‘[Prosecution] has a chilling effect on the reporting of all wrongdoing, and that’s what public integrity depends on. What we’re finding is that whistleblowers, instead of being celebrated and potentially recognised as heroes, are in fact treated as criminals.’

While no timeline has been released for a planned review of the legislation covering the public sector, she says that Australia’s new whistleblower protection laws for the private sector ‘are quite progressive and world-leading’. The range of protections include allowing anonymity and potential compensation (in certain circumstances) for whistleblowers experiencing adverse outcomes as a result of taking their concerns to the media. It also covers people close to those making the disclosure (‘your partner could in fact blow the whistle’, says Lillywhite), as well as a broader definition of what constitutes misconduct.

Further, private companies are now required to implement a whistleblower protection and support plan (which must be in place by January 2020), and make it public. This forms part of what Lillywhite sees as the biggest change under the new law: the directors of a company can now be sued for failing to protect and support whistleblowers. ‘That’s a world-leading attribute of Australia’s new whistleblowing law,’ she says.

There are now also more avenues for whistleblowers to raise their concerns, including with an auditor.

AJ Brown, a professor at Griffith University, Queensland, and a board member of Transparency International, believes Australia’s reforms are ‘world-leading’ in two respects.

One of these is that they hold a company liable for a failure to prevent detrimental acts – by having no support plans in place, or neglecting to implement them, for example. ‘This culture-changing step is crucial,’ Brown says. ‘Many companies are good at getting their employees to reveal wrongdoing. Their problem is knowing how to actually protect them when they do.’

The second ground-breaking aspect is that the new rules for whistleblowing outside the company set a benchmark. ‘Whistleblowers are protected if they choose to go to certain prescribed bodies rather than through internal company channels,’ Brown explains. ‘And if they blow the whistle to a regulator and nothing happens within 90 days, or if there are emergency circumstances, then it is now relatively simple for them to go public and still be protected.’

However, Brown also believes that these reforms, protecting only whistleblowers in the private sector, do not go far enough. ‘Unless we extend the protections applying to public whistleblowing, we cannot expect the public to take the rest of our whistleblowing regimes seriously,’ he says.

With the new law extending to tax whistleblowers, Michael Croker, Australia tax leader at ACCA’s strategic alliance partner CA ANZ (Chartered Accountants Australia and New Zealand), says that accountants and auditors have been placed in an unfamiliar position. ‘We are still coming to terms with how we, as a profession that has always been very mindful of taxpayer confidentiality, might have in our midst a person who blows the whistle on a taxpayer,’ he points out.

While the ATO already receives anonymous tip-offs, Croker says that what’s changed is that despite all the ethical and legal requirements on tax practitioners to keep their clients’ affairs confidential, there is now an exception clause. ‘We now have an override legislation which says that if someone in a professional firm blows the whistle on a client, that whistleblower needs to be protected. Their identity is kept secret; they are not to be prejudiced,’ he says. ‘Professional firms in the tax industry in Australia are now obliged to train their staff in how to handle a whistleblower in their midst.’

CA ANZ is working with the ATO to come up with procedures so that all members know what their duties are if they ever do come across a whistleblower, Croker says.

However, he believes that the legislation should go further and establish an oversight authority. ‘A whistleblower protection agency, if we had one, could triage disclosures, send the information to the correct agencies, counsel whistleblowers – if, for example, the disclosure appears improperly motivated – and also provide a guiding framework for companies, directors, managers and supervisors around implementation of the legislation.

‘Whistleblower protection in the private sector is great, but it shouldn’t come at a large implementation cost.’

CA ANZ is now focused on educating its members about the new requirements during what Croker views as a period of transition for accountants in Australia.

From a global perspective, Jan Tadeusz Stappers, legal counsel at WhistleB, a Stockholm-based whistleblowing expert and system provider, agrees that Australia’s new legislation is overall ‘a significant step forward’. He says: ‘There is great improvement regarding the possibility to report anonymously and the extended scope of protected disclosures, which captures conduct that may be regarded as unethical.’

Yet Stappers shares the view that further improvement is needed. ‘For example, the public sector is currently left out of the scope of the legislation. In this regard, I find the exceptions to whistleblower protection regarding national security issues a shortcoming,’ he says.

‘Whistleblowers play a key role in exposing and preventing wrongdoing harmful to the public interest and the welfare of society. However, they face significant risks of retaliation, which should be minimised by sound legislation. Ensuring whistleblower protection is in the interest of society as a whole, as much in Australia as in any other country in the world.’

"Many companies are good at getting their employees to reveal wrongdoing. Their problem is knowing how to protect them when they do"

For Clean as a whistle: a five-step guide to better whistleblowing policy and practice in business and government, researchers at Griffith University in Queensland looked at whistleblowing policies in 699 Australian public and private sector organisations, and the experience of 17,778 employees in 46 of those entities. Some 28% of the individuals surveyed (5,055 people) had raised concerns about wrongdoing, internally and/or outside their organisation.

The research revealed that bringing wrongdoing to light led to action or reform more than 60% of the time. Of the 5,055 staff who raised concerns:

19% went to a union, professional association or industry body, and only 1% ever went to a journalist, media organisation or public website.