SMEs bear the scars of a bank's culture of contempt

The RBS Global Restructuring Group scandal illustrates perfectly how businesses need to have confidence in their accountants as partners and advisers, says Robert Bruce 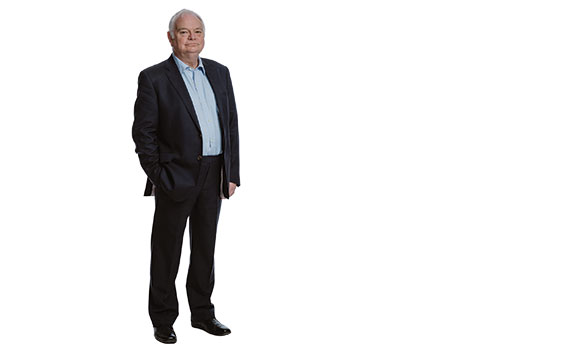 Quite a few years ago an old friend took what the rest of us came to refer to as a brave entrepreneurial step. He decided to restore an elderly Ferrari and, on the security of his house, and the Ferrari, borrowed the money from his bank. The inevitable happened. The work took longer than expected. Debt repayments far outpaced the car. It was the bank that got to the chequered flag first. But these things happen.

What didn’t need to happen was what happened next. The bank steadily took the lot: house, car and everything else. My friend acknowledged that everything had gone wrong. And he eventually picked himself up and went on to bigger and better things. What still lives with him was the nastiness of the bank’s behaviour and its refusal to explain why everything had to vanish into its asset pile. It was a long and unpleasant episode.

Memories of his experiences came back when reading the recent report from the Financial Conduct Authority (FCA) on the treatment of SMEs by the department of the Royal Bank of Scotland that dealt with them, its Global Restructuring Group (GRG). It shows quite how far arrogant and grandiose bankers can stray from the simple task of helping people who, reading between the lines, they feel are too small and insignificant to be worth their help, understanding or just decent behaviour.

It is worth starting the report in an annex several hundred pages in. This reproduces the infamous ‘Just Hit Budget!’ document that was, says the report, circulated in at least one regional office in 2009/10. And it details, as the report says: ‘a day-to-day management focus on “how to get the customer to agree chunky fees and upsides and thank you for it”’. Under one of the ‘Tips’ it says: ‘Rope: Sometimes you need to let customers hang themselves. You have then gained their trust and they know what’s coming when they fail to deliver’.

As the FCA report says, the document graphically illustrated ‘a culture of deal-making...which focused upon the financial interests of GRG and placed little weight on the stated turnaround objective..and less still on the fair treatment of customers’. This is at the heart of the importance of this report.

SMEs are vulnerable by their very nature. They often feel they are ignored or treated badly by the people they ought to be able to trust. They are made to feel unimportant. They are made to feel that they are too small to merit proper advice, help and care. In short, what they need they rarely receive, particularly from the banks that are in command of their financial lifeline. It shouldn’t be this way.

The report does show that the bank knew this. The problem was that the culture didn’t allow it. A 2010 procedures and guidance manual said: ‘Typically, we are dealing with customers who are in distressed circumstances, therefore it is even more important that we deal with our customers fairly and sensitively, as our aim to return such businesses back to the mainstream bank’. Those are fine, uplifting sentiments. But the culture that was contemptuous of SMEs was always going to win. As the report says: ‘these good intentions were not widely carried out’.

As the details of this sad report spell out, SMEs generally are too often ignored. As a result of what the report has shown, the FCA is now undertaking a review of how it approaches the SME problem. In particular, it makes the point that this report ‘highlights the diversity of SMEs and the inequality of bargaining power between the less sophisticated SMEs and the banks’.

In short, SMEs need a better deal all round. They need to partner more with their accountants as advisers. They need to feel that they can trust advice, advisers and financial partnerships. The joy of SMEs is that they are all different. As the report concludes, it is only the recognition of that difference that will mean they are treated fairly in the future.

"What SMEs need they rarely receive, particularly from the banks that are in command of their financial lifeline. It shouldn’t be this way"

The heart of the failures at RBS

The Financial Conduct Authority’s report details the problems, cultural and regulatory, at the Global Restructuring Group within RBS. This is how the report sums it up: ‘GRG enjoyed an unusual independence of action for a customer-facing unit of a major bank. It saw the delivery of its own narrow commercial objectives as paramount: objectives that focused on the income GRG could generate from the charges it levied on distressed customers. In pursuing these objectives, GRG failed to take adequate account of the interests of the customers it handled and, indeed, of its own stated objective to support the turnaround of potentially viable customers.’