An overhaul of International Standards on Auditing would benefit smaller entities, a recent ACCA report argues 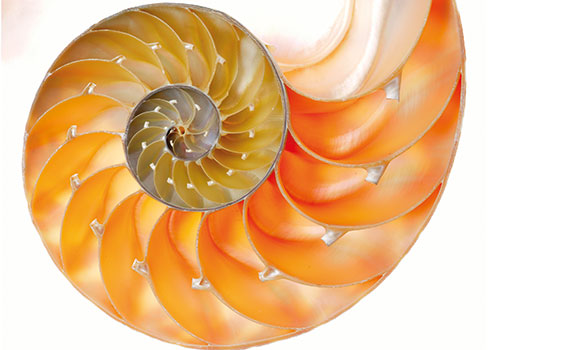 No one reads accounting or auditing standards for fun, but is it strictly necessary for so much of the technical literature surrounding the profession to be almost impenetrable? Professional rules and regulations are, by their nature, complex, but a new ACCA report argues that they could, and should, be more accessible and understandable.

The report focuses specifically on the application of International Standards on Auditing (ISAs) to smaller entities. The view that ISAs can be burdensome when applied to the audits of some smaller and less complex entities is not new; for years practitioners have argued that ISAs are difficult to apply to some companies and require procedures that are often unnecessary. But this report, Thinking small first: towards better auditing standards for the audits of less complex entities, goes further in suggesting a solution that, it argues, would benefit all auditors, regulators and the general public.

A number of initiatives have been attempted over the years to simplify ISAs and address the cost/benefit issue for smaller companies. In general, proposed solutions have taken one of two routes: allowing audit exemptions for smaller companies; or developing a separate, simplified set of standards for small, non-complex entities. The problem with both approaches is that they create a ‘two-tier’ view of the audit process, which can impact public confidence in the rigour of audit. ACCA’s position, and that of many others, is that audit should be scalable – a single product that can be applied to all types of entity. An audit, as the report puts it, should be an audit.

So, the report suggests an alternative. Instead of exemption or separate auditing standards, it proposes that auditing standards should be written using simpler language and a simpler structure, for all audits. This would require the International Auditing and Assurance Standards Board (IAASB) to put in place a process to write any new standards (the report argues that applying the proposal prospectively rather than retrospectively would make it more manageable) in simpler language, with a structure that accommodates the needs of auditors of smaller and less complex entities, starting with the most basic requirements and building up. In the medium term, the report adds, the IAASB could commit to rewriting all existing standards in this format, although it concedes that this may seem impractical given the IAASB’s current constraints.

The IAASB itself has previously worked to simplify its standards. In 2004 it began a comprehensive project to revise and reformat all its existing ISAs, in response to complaints that they were too complex. Known as the Clarity Project, the work resulted in a separation of the requirements of ISAs from application material and took several years to complete. More recently, the IAASB has been gathering views from practitioners in order to better understand the areas that concern the auditors of SMEs; this feedback will be used to guide its future direction.

The report recognises that rewriting all auditing standards is a major project that will take time and which may lengthen development. It suggests that some of the existing support processes for high-quality implementation of ISAs could be folded into the standard-setting process itself. ‘For example,’ it says, ‘some of the thinking about workflow and scalability could be brought forward and communicated within standards.’

It also suggests that more of the drafting be carried out by specialist teams. The current approach relies on drafting and redrafting standards as they are reviewed in working group sessions and board meetings. ‘It may take time for the board to become accustomed to a methodology that is, initially, more conceptual and may depend less upon detailed drafting,’ says the report, but may also make standard setting more efficient in the long run.

The report adds that ‘while there may be some temporary issues while transitioning towards this new way of working, the benefits for users and for the public interest make this a price worth paying.’ It points to the ‘key concepts’ sections of the revised ISA 315 issued in 2018 as evidence: this section is written in simpler English that is much more accessible to users and allows them to understand the overall flow of the rest of the standard more quickly. ‘ACCA believes that, with the right support, the IAASB could move towards drafting all of its standards in similar language.’

The benefits of the proposal, concludes the report, are clear: ‘Simpler language and a simpler structure would benefit all auditors, as they would be able to understand auditing standards more easily, and could identify more quickly the requirements that apply to their specific situation.’ There are wider benefits, too, for audit regulators and for the public understanding of audit: ‘Publicly, there is a lot of suspicion about whether auditors are fulfilling their responsibilities under auditing standards. The structure and complex language of the standards can make them difficult for lay users to understand.’

Simpler standards that are easier to understand will make the audit process more accessible to a wider range of users – and that has to be a good thing.