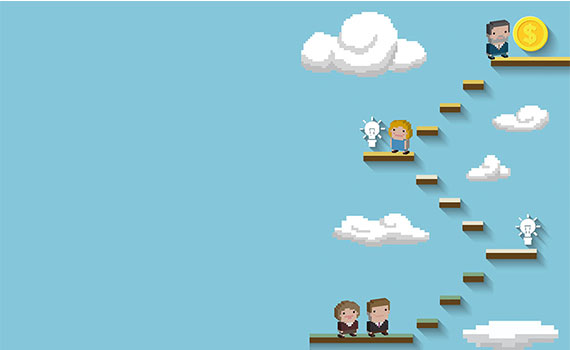 While the use of gamification is relatively low in Africa compared with North America or parts of Asia, here too the approach is on the rise.

‘We are seeing the adoption of gamification in the workplace in several key African markets,’ says Duke Malan, a partner at Africa Works Ventures, a consultancy. ‘Examples include in-house Dragon’s Den-like competitions to accelerate R&D cycles, or running health challenges for employees to be more physically active, which increases on-the-job productivity.’

Earlier this year, PwC South Africa published an article urging employers to use gamification in their recruitment processes, while also cautioning against using the strategy for the sake of it.

‘It is essential for organisations to consider what applications of gamification in recruitment are right for them, if at all, and how these facilitate their ultimate recruitment objectives,’ said the article. ‘At the same time, by ensuring that all game-style elements are candidate-centric, organisations can ensure an overlap of objectives between the employer and candidate – the sweet spot of effective gamification in recruitment.’

Dixon Wu, a UX (user experience) and gaming consultant at Hong Kong-based Spoon Usability, has worked in both the US and Asia. He sees US gaming and tech companies as being at the forefront of gamification.

While North America had the largest share of the global gamification market in 2018, other markets are catching up. Wu believes that cultural differences can have an impact on adoption.

By setting up the right drivers (see boxout), employers can make work processes more meaningful and drive engagement. This could be particularly useful in both training and actual work in areas that can be seen as tedious, such as compliance and due diligence.

While gamification has become increasingly popular in the West over the last 15 years, in Asia it is mainly big corporations and multinationals that are driving the movement. Phalaris believes that gamification would be an easy concept to grasp in the region, even among older workers, given the strong gaming culture in the region.

In its report Gamification and sustainable behaviour change in the workplace, consultancy Accenture identified seven elements that are key to game mechanics and as behavioural drivers. Taking these elements into consideration may be key to developing a successful gamification strategy.

Status
Gamers are often driven by recognition within their communities. The right game mechanics ensure that playing the game enhances players’ reputations. Features not unlike ‘employee of the month’ highlights could be implemented.

Milestones
The use of levels is common in most games, and players’ ability to track their progress is essential in sustaining interest along with bigger rewards at higher levels. David Phalaris, director and co-founder of Maloya Games, says that a good example is the use of stamps at local grocery stores; these can be traded in for prizes, which allows shoppers to see their incremental ‘accomplishments’.

Competition
Accenture’s Steptacular app aims to encourage employees to walk more. By enabling participants to compete by sharing and comparing their achievements. The firm also rewards employees with ‘Celebrating Performance’ points that can be used to redeem goodies such as iPads and cameras.

Social connectedness
Deloitte’s Throne Legend game allows new staff to engage with colleagues across the business. It also allows players to set up chat groups to discuss strategies for their ‘kingdoms’. Angela Lee, learning and development director at Deloitte China, describes the game as ‘a powerful icebreaker tool and a way to bring people closer together’.

Rankings
Visual rankings help players view their own performance and compare it with others. Lee says that a dashboard is a useful part of the Throne Legend app, presenting details of the top teams.

Immersion reality
Creating an engaging story and an immersive backdrop is key to making tasks feel like play. With workplace gamification in its infancy in Asia, this is an area that needs more development.

Personalisation
Customisation creates a sense of ownership within a game. ‘There is unlimited opportunity in how to apply meaningful gamification in games and organisations,’ says Lee.