How to get your organisational culture right

Startups are better placed than established companies to set the right organisational tone, but there are no shortcuts to this ongoing process, warns Heather Bingham 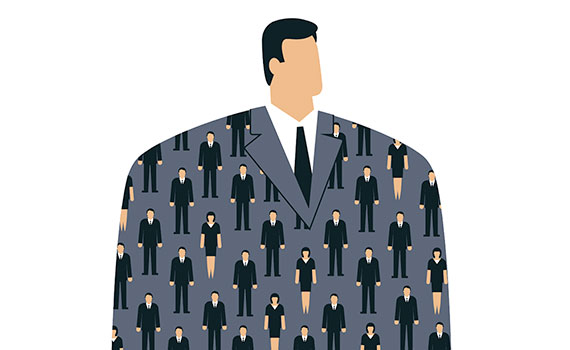 Businesses face many obstacles in their early stages, from getting funding to securing office space. Perhaps the key factor in ensuring long-term growth and sustainability, though, is the process of building an organisational culture that reflects the vision of the company’s founders and recruiting a team that represents it.

Organisational culture can be understood as being the values, beliefs and mentality of a firm’s owners and their team. It’s about having a common goal and working together, guided by the same principles, to achieve it.

As this idea of actively looking after workers’ wellbeing enters the mainstream, supported by research showing that happy and healthy employees perform better, organisational culture has moved into the spotlight.

Large, pioneering companies such as Google are taking culture seriously and reaping the rewards. The company’s focus on encouraging openness, innovation and excellence has resulted in plaudits such as awards for the best corporate culture in the technology sector. Google’s approach to culture, which also contributes to its frequent appearance in lists of the best places to work, is likely to be feeding into its continuing success.

However, culture doesn’t build itself, and it’s unlikely that staff members hired and managed without regard to these issues will naturally embody the company’s values. That’s why it’s important to create and refine the processes that contribute to a solid organisational culture and a team that properly represents it.

But just as there’s no foolproof recipe for a successful business, so there are no shortcuts to creating the ideal organisational culture. Influenced by different factors, it should be seen as a process rather than a finished product – as employees and systems come and go, workplace culture will evolve. See the panel opposite for some things you can do to encourage your desired culture.
Reciprocity

Another component for setting the appropriate tone for your company is to nurture the concept of reciprocity. This is widely seen as a technique of persuasion, describing the phenomenon of people feeling compelled to do something for others who have helped them along the way.

At one end of the spectrum is generalised reciprocity – the idea that the workplace is a team, in which everyone benefits and loses with the company’s successes and failures. At the other end is negative reciprocity – the theory that everyone is in it for themselves and if one person gains, another must lose.

Employers who promote generalised reciprocity through profit-share schemes, bonuses or generous compensation packages will engender a sense of being appreciated, thereby encouraging loyalty. A workplace with a culture of negative reciprocity is likely to experience resistance from employees and a high turnover of staff.

If management fails to nurture a sense of community or reciprocity between staff, the working environment will be less conducive to teamwork. Employees will be more likely to resist the company culture, including its structures or organisational habits, and become frustrated more easily. This may be expressed in small ways, but it can still have a negative impact.

The culture in a workplace is something that is negotiated and shared by employees, so a top-down approach to cultural change may not be particularly effective – indeed, it could be directly responsible for triggering resistance from employees. Discussing and implementing change is something that must be done collaboratively to ensure that all staff are on board.

The potential benefits of a non-exclusionary, anti-authoritarian approach are embodied in the concept of communitas, a theory developed by ethnographer Victor Turner that refers to the feelings of solidarity that are established through shared experience.

Organisational culture is intangible, so it can’t be measured in the same ways in which you measure other KPIs. However, you can monitor it by gauging the atmosphere and mood in the workplace, your staff retention rate, the quality of your employees’ work and the performance of the business.

In the end, what really matters is that colleagues are treated with dignity and respect. By promoting shared values, an employer who instils a strong organisational culture will provide a valuable sense of community. Establishing a positive culture in the workplace plays a huge part in laying the foundations for long-term growth.

"Culture doesn’t build itself, and it’s unlikely that staff hired and managed without regard to this will naturally embody the company’s values"

Here are some actions that can help you establish your corporate culture:

Define it. Consider capturing your organisational culture with key adjectives – for example, authentic, brave, curious, smart, self-motivated and interested/interesting. These words should apply not only to the people who created the company, but also help to ensure that everyone brought into the company, at any level, will fit in.

Hire correctly. The key to instilling culture in the everyday workings of a business is to hire people with the company’s culture in mind. Your hiring process should promote your organisational culture, so you know that all new staff will be on the same wavelength as you. If you experience any resistance to your culture, you will know that the hiring process needs to change.

Consider structure. The right type of organisational structure can help to reinforce company values and influence the overall culture of the business. For example, a flat structure, where tiers of management are replaced by a more egalitarian and non-hierarchical approach, could benefit creative businesses, helping to encourage open communication of opinions and ideas.

Reflect the culture around you. How your office works is the final piece in the puzzle. The layout of your workspace should help, not hinder, the growth of your corporate culture. If your core values include openness, communication and teamwork, for instance, an open-plan office can help. Want to encourage fun? Build it in with a games table or break-out area. Environment has always informed behaviour, and it’s no different in the workplace.