The lessons for global business models of Covid-19

Business’s response to Covid-19 should focus on actions that reward staff and customer loyalty now so that they can quickly get back on their feet, says Jane Fuller 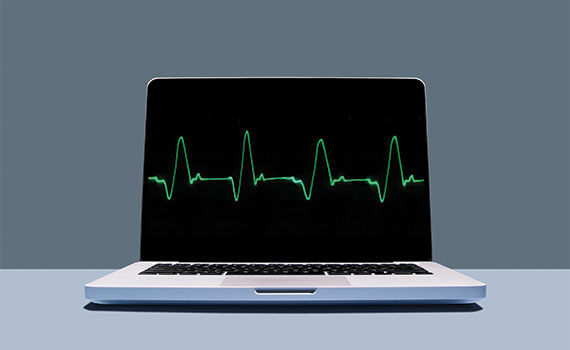 We all tend to look through the rear-view mirror in a crisis. Applying lessons of the great financial crisis (GFC) of 2007-09 to the current one induced by the spread of Covid-19, the narrative might go like this.

In the run-up to the GFC, many European banks had upped their leverage (total assets:equity) to 30 times or more. This meant a fall in asset values – which duly came in property-related form – and rapidly threatened to wipe out that loss-absorbing capital. The lack of a safety net was exposed.

The current pandemic has done much the same for non-financial businesses. Like banks in the GFC, many are highly leveraged – as witnessed by the proliferation of BBB-rated bonds, sitting just above junk, and by soaring dividend yields that portend cash-conserving cuts.

The good news is that central banks and other banks were ready for this. The former have been quick to provide liquidity and to exercise forbearance, including in the application of IFRS 9, Financial Instruments, to expected credit losses. The latter have entered this downturn with more than three times as much equity as they had before the GFC.

The bad news is that this crisis is different because it is located in the non-financial engine of economic growth – in interrupted supply and fall in demand. Even with banks better equipped to keep lending than in the GFC, bankruptcies are likely to rise among the corporate ‘precariat’. More widely, remedial action will include cutting dividends, investment and pay, both per head and the number of heads.

Trouble first arose in supply chains. Just two months into the spread of the virus, data supplied by the US company Resilinc showed how dependent the world’s largest companies – particularly in the industrial and electronic sectors – were on suppliers in quarantined parts of China, South Korea and Italy.This has exposed the lack of logistical safety nets.

Savings made on holding parts in stock are substantial until their absence stops production. And the deals driven with a single supplier look like bargains until that source is interrupted.

Many companies may not even be aware of their exposure. Peter Guarraia, a partner at Bain, and Lora Cecere, founder of Supply Chain Insights, told the Financial Times that up to two-thirds of executives lacked knowledge of items in the chain beyond the first tier of suppliers, or of the location of second or third-tier suppliers.

Coming on top of trade tensions, the supply shock is likely to accelerate managements’ re-assessment of the risks of managing far-flung activities. Apart from amplifying questions about globalisation, it may provide impetus to regionalisation – exemplified by last year’s enactment of the Africa Continental Free Trade Area.

The issue overlaps with concerns about companies’ environmental and social impact. It will not do for managements to say they don’t know what is happening in all the tentacles of their business. How can all the questions about carbon footprint be answered if they do not know where the footprint is? Social factors are even less well measured. S&P Global’s ESG Insider podcast, ‘The problem with social audits’ (25 November 2019), exposes the inadequacy of tick-box approaches to covering reputational risk.

But as governments have reacted to the pandemic by ordering businesses to close, the shock to demand has become the bigger threat. Bear in mind the importance of the service sector in many economies. According to an International Monetary Fund blog in March, activity in both manufacturing and services in China declined dramatically in February. But while the impact on the former was comparable to the start of the GFC, ‘the decline in services appears larger this time – reflecting the impact of social distancing’.

The trouble with lost service revenue is that it is less easy to catch up. Lost visits to restaurants and cinemas, or flights to holiday destinations, are not like a manufacturing backlog. They are gone. This makes a V-shaped recovery less likely.

Another risk is that people will get out of the habit of spending, as happened in the US during the 1930s Great Depression. The latest book by Robert J Shiller, Narrative Economics, chronicles how the public mood turned against conspicuous consumption and instead lauded frugality, which ‘inadvertently worsened the Depression’.

It is possible to find some positive messages in all this, but they involve a different way of thinking about business and government’s role in it. An example of a company adapting quickly to changing conditions is LVMH, which turned a Dior perfume factory into the maker of hand sanitisers – and donated the output to Paris hospitals. This will cost short-term but is a marketing coup that should help sales in the longer run.

Innovative businesses serving public health are benefiting more directly. In South Korea, biotech companies quickly developed tests for Covid-19. Production was ramped up to enable up to 20,000 people a day to be screened, often via drive-ins, free of charge.

The lesson is that managements with the bandwidth to think about anything other than cost-cutting and bank covenants should focus on actions that reward staff and customer loyalty now, and this will stimulate sales to new customers later. But while prioritising sales makes the best sense, it will come at the expense of profit margins. This is a long game.

Another big change is in the relationship between business and government. No-one will be quoting former US president Ronald Reagan: ‘The most terrifying words in the English language are: “I’m from the government and I’m here to help”.’ Franklin D Roosevelt’s New Deal is more the model. Several governments have promised to subsidise up to 80% of workers’ wages. Others were considering universal donations to households, in addition to tax holidays.

The quid pro quo is that just as banks became vehicles of public policy after the GFC, so will non-financial companies become more obliged. Whether it is in retaining workers, reducing carbon emissions or policing human rights, the purpose of business is becoming more diffuse. To cope, managements should consider making other activities – from supply chains to financing arrangements – more simple, even if this is not the cheapest option. And they will need to retrofit some slack in the system, at the expense of optimal efficiency. RIP Jack Welch.

"Companies should consider making activities more diverse, even if it’s not the cheapest option"