In using quantitative easing to combat slow economic growth and prevent deflation, the world’s central banks may be stoking up trouble, as Alison Thomas explains 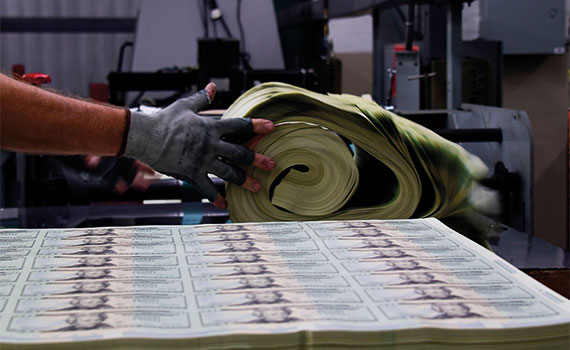 Quantitative easing, or QE, was first used in 1991 in Japan, when the country’s central bank became concerned about structurally slow economic growth. The classic macroeconomic remedy of stimulating investment and consumption by lowering interest rates offered little potential given that rates at that time were already close to zero. How then to stimulate the Japanese economy? QE was the answer.

QE involves the large-scale purchase of assets, usually government bonds (though sometimes corporate bonds, mortgage-backed securities and even equities), to expand the central bank’s balance sheet and increase system-wide liquidity. Central banks have always engaged in these types of open market activity. This is, for example, the mechanism they use to change the demand for – and so the price of – bonds, which in turn allows them to achieve interest rate targets. What was new about QE was, first, the idea that central banks still have tools to stimulate growth even when interest rates are close to zero; and second, the sheer scale of the asset purchases involved.

To see how it works, consider what happens when a central bank buys a bond. In a normal transaction between two private parties, the bond purchase involves the bond moving from one party to the other, while money moves in the opposite direction. The amounts of both bonds and money in the system remain unchanged. However, central banks are not like you and me; they are able to ‘pay’ for the bond by simply crediting the counterparty bank’s account at the central bank – in effect, conjuring money out of thin air with a few keystrokes. This newly created money is then multiplied in the system through the magic of fractional reserve banking, which allows banks to lend out a large proportion of their deposits. This is how liquidity is created in all modern economies.

According to mainstream economic theory, the additional liquidity will exert downward pressure on interest rates and stimulate the economy by increasing spending on both consumption and investment. However, a QE stimulus is not a free lunch. The stimulative effect will be of short duration and subsequently unwind because it is based on artificially created liquidity rather than being a result of real economic activity. Even worse, the false economic signals triggered by this extra liquidity might induce activity that would not occur under normal circumstances – such as investment in projects that make no economic sense simply because there is so much money sloshing about and the cost of that money is so low. Furthermore, the borrowing encouraged by super-low rates could result in an unhealthy debt overhang when the stimulus is removed. Finally, the creation of so much money might reasonably be expected to drive up consumption to such a degree that it eventually leads to higher inflation.

So has QE worked? Since the financial crisis of 2008, QE has been embraced by the world’s major central banks, including those in the US, the EU and the UK. In terms of stimulating growth, QE must be considered a failure. As was the case in Japan, the world has experienced an extended period of sluggish growth that does not appear to have been boosted by QE. On the other hand, some of the more pessimistic inflation predictions have not materialised despite massive money creation.

But there is another effect of QE that needs to be considered, and that has been the consequences for government spending. As central banks have ramped up their QE programmes, governments have found a ready buyer for their debt. This has allowed them to increase borrowing without raising the cost of borrowing. In effect, the demand for debt by central banks has kept pace with the supply of debt from governments. With supply and demand roughly in balance, there is no upward pressure on rates, even as deficits continue to mount. As a result, it can be argued that QE has enabled and encouraged government deficits. This phenomenon has given rise to yet another novel monetary approach called modern monetary theory.

Modern monetary theory is the idea that government spending can be financed by central banks simply creating money, as long as inflation is well controlled. No need to raise taxes at all! It seems like an idea that is too good to be true, and it probably is. But with no episodes of hyperinflation occurring despite years of QE, it’s easy to see why modern monetary theory seems appealing and plausible to cash-strapped governments with huge deficits.

It is interesting to note that, in the midst of the Covid-19 pandemic, governments ramped up spending to address healthcare needs as well as to cushion the economic impact of lockdowns. There is remarkably little discussion of how to pay for all this new spending, as central banks have accommodated this tsunami of spending by rolling out massive new QE programmes. As is the case for the pandemic itself, we will simply have to wait to see how it all plays out – and hope for the best.

Alison Thomas is a consultant.

"The idea is that government spending can be financed by central banks simply creating money. No need to raise taxes at all!"