Advice for companies setting up or expanding in the UK

TMF Group, in association with ACCA, looks at the big issues for businesses setting up or expanding in the UK. What are the tax and accounting considerations? 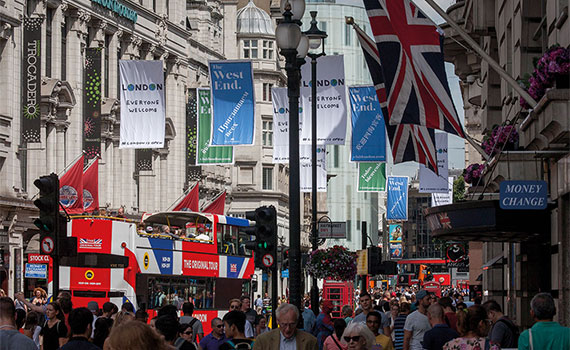 The UK, as the government emphasises repeatedly, is open for business – and it is a magnet for foreign investment, with ever growing numbers of projects under way.

The UK has many attractive qualities: an open market with good access to neighbouring regions, a healthy supply of skilled labour, attractive business tax rates (corporation tax, currently 19%, is due to fall to 17% in 2020), generous R&D incentives and a business-friendly but robust regulatory framework. ‘There are also clear cultural advantages to doing business in the UK,’ says Sue Lawrence, UK managing director of TMF Group, which helps companies of all sizes comply with national and international rules and regulations. ‘Our clients like the fact that it’s cosmopolitan and entrepreneurial. Many countries are playing catch-up with the UK on that score.’

All of this makes the UK an attractive base for inbound businesses, but for anyone unfamiliar with local culture and regulation, navigating the requirements of a new market can be a huge challenge. The UK is in many respects easier than most. According to TMF Group’s Financial Complexity Index for 2018 (see box), it is one of the most straightforward jurisdictions of the 94 covered in which to set up and operate. With first place in the index’s ranking going to the jurisdiction that imposes most accounting and tax complexity, and 94th to the one with least complexity, the UK is in a good position at 72nd place. Within the 50 jurisdictions that make up the European, Middle East and Africa (EMEA) region, the UK is ranked the 10th easiest in terms of complexity.

Generally, the UK tax environment for business is attractive although Chas Roy-Chowdhury, ACCA’s head of tax, warns that some recent measures intended to address tax evasion – such as plans to consider options for addressing the UK’s high VAT registration threshold, announced in the spring Budget statement – could add to complexity for businesses in the UK. ‘Reducing the VAT registration threshold from the current £85,000 to somewhere nearer the EU average of £26,000 meets a cash-driven agenda but not a simplification one,’ he says. ‘Increasing the VAT threshold would make life easier for a lot of businesses.’

Similarly, the debate over taxation in a digital marketplace could also make life more complicated for businesses in the UK. ‘The EU is looking at the VAT model for digital platforms such as the Amazon Marketplace, and one option is to make the platform owner responsible for making sure that its users pay the right amount of VAT,’ says Roy-Chowdhury. ‘That may not be impossible for the very big digital companies but it would be a significant barrier for SMEs in a similar business.’

And, of course, there is the most obvious challenge ahead: Brexit. Roy-Chowdhury points out that there is little advantage in disaligning the UK’s regulatory and tax regime from the EU’s, and at the moment ’everything points towards the UK’s desire not to change very much’. Even so, the next two years or so are the great unknown – and that is affecting business confidence. ACCA’s latest Global Economic Conditions Survey shows that while economic confidence in the UK has rebounded since the financial crisis, it remains low by historical standards and is inhibited by a number of factors, Brexit in particular. But, as the report also points out, businesses have to get on with life in the meantime.

According to TMF Group, setting up business in the UK takes an average of 13 days, but there are potential pitfalls. ‘Opening a UK bank account can be a challenge and can easily take between three and six months,’ says Lawrence.

‘One of the most important points is that it’s essential for companies to do things in the right order,’ adds Paula Cosier, director of corporate accounting at TMF Group. ‘If you have a UK bank account in place, for example, that will make VAT registration a lot smoother. We’re also finding that HMRC is asking for more information about new businesses than before – making sure that you provide everything it asks for, and that it’s correct first time, will make the process much easier.

‘It’s not just about the initial work of setting up a business,’ she adds. ‘Once you’re up and running there are a lot of different deadlines, from tax payments to pension auto-enrolment to gender pay gap reporting for larger companies that have to be met.

‘HMRC is very willing to fine businesses that pay or file late. It’s important to get all your ducks in a row from day one as the cost if you get something wrong – in terms of potential fines but also in terms of the effort and resources needed to correct it – can be huge.’

"The UK is an attractive base for inbound businesses, but for anyone unfamiliar with local culture and regulation, navigating these can be a huge challenge"

TMF Group’s Financial Complexity Index (FCI) looks at the complexities of maintaining tax and accounting compliance across 94 jurisdictions worldwide. The index is based on a survey of 74 detailed questions completed by TMF Group’s accounting and tax experts in each jurisdiction, scored and grouped into weighted complexity parameters (the core parameters are compliance, tax, reporting and bookkeeping). The analysis considers in particular the accounting and tax rules in each jurisdiction, how relevant regulations are incorporated into a business, and the risks of non-compliance. TMF Group’s experts were also asked to rank six complexity issues facing an international company when setting up in their local market. Globally, the top three were deemed to be:

Regulation: The rate of change in each jurisdiction requiring increasing effort to meet the demands of legislative changes.

Knowledge: The need to build a local knowledge base to avoid the risk of non-compliance across all areas of finance.

Technology: The increased use of technology by local authorities to deliver operational transparency.