In an exclusive interview, blockchain innovator Pindar Wong explains why leveraging blockchain technology along the Belt and Road is essential in ensuring accountability 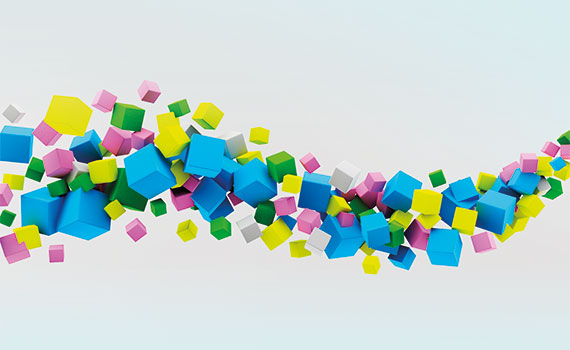 Not since Luca Pacioli’s documentation of double-entry bookkeeping 500 years ago has the accounting profession been as disrupted as by blockchain today. So says Pindar Wong, the technology pioneer behind the deployment of the internet to Hong Kong in 1993 and now a blockchain innovator.

In an era battle-scarred by corporate collapses, accounting scandals and cyber insecurity, blockchain – best known as the technology behind the digital currency bitcoin – is the key to rebuilding trust, says Wong, the chairman of VeriFi (Hong Kong). With blockchain, there is no opportunity for either counterfeiting currency or fudging of figures. Following a cryptographic protocol, a single computerised ledger records financial transactions in sequential blocks (which cannot be removed or changed), so that all parties involved are privy to full disclosure to the process in real time.

‘Blockchain rebuilds trust because of its ability to carve accounting entries in digital cement,’ says Wong. ‘The ledger, for all practical purposes, becomes immutable.’

With the advent of the Belt and Road initiative (BRI), the China-led scheme to recreate the old Silk Road trading routes, trust has never been more vital: the estimated infrastructure cost stands at US$900bn.

With this in mind, in 2016, in his home city of Hong Kong, Wong rallied the bravest in the business world to explore how to fully digitise trade among the 65-plus countries involved, leveraging blockchain technology and Hong Kong’s governance model. They met informally and privately at first, before finally going public in September 2017. (The ‘Chatham House Rule’ of confidentiality was applied to promote candour, Wong says, and he is still reluctant to name the group’s members, who currently number around 22 and represent a broad range of sectors, from port operators and logistics, to liquidity providers and professional services including accounting firms).

‘The Belt and Road Blockchain Consortium, as our group came to be known, recognised that as supply chains evolve into highly automated, data-driven ecosystems, they will need the transparency, immutability and accountability that blockchains provide,’ Wong says.

Established as a not-for-profit, the consortium is working to create a common blockchain standard for corporate identity along the Belt and Road.

It ‘needs to be non-profit as we’ve a multitude of existing competitors who are already competing fiercely in the marketplace’, Wong says. ‘The common interest is in reducing trade identity risk. Taking the profit motive out of the incentive equation reduces, but does not eliminate, the political and partisan complexities that inherently might jeopardise its long-term success.’

As Wong explains it, the BRI blockchain is a governance blockchain to facilitate the digitisation of trade along the 65 BRI countries. Participants record changes in legal liability associated with the trade process, each paying for their own Know Your Customer verification, so that everyone conforms to the same business requirements for global trade. ‘Identity is no longer gated by banks; it’s gated effectively by the company registries in each of the 65 economies,’ he explains. The value proposition is that, once identity is assured, business risk is reduced.

The fact that one-third of the BRI countries follow the Islamic faith led to the development of a sub-sector in the consortium: the Halal Blockchain. An interesting idea – but where to start?

‘You start with a large enough market that is of commercial interest, but also political interest,’ said Wong. Indonesia is home to the largest Muslim population, and also one of the first places where Chinese President Xi Jinping outlined his vision to build the maritime Silk Road of the 21st century, Wong says.

‘It would be in everyone’s interest to export to Indonesia, Malaysia, Qatar and the UAE through an “internet of trade” – if we can agree on common standards.’

Furthermore, as no money is being made through the BRI blockchain, it’s compliant with the sharia concept of riba – charging no interest. It’s a free and open system, just like the internet, and there is no technical lock-in. ‘My innovation of the governance blockchain, which records legal liability and deals with business identity risk, is the starting point,’ Wong explains.

Halal blockchain also encourages food provenance throughout the supply chain. This is enabled by the development in China of sensor-equipped smart containers that not only verify the geolocation of each container but also its inside temperature, the volume of its contents, and whether or not the container has been dropped or the door opened.

‘From the container itself we are now getting data feeds to tell us where the container is but, more importantly, we have the ability to track physical things like beef and chicken: Know Your Customer becomes Know Your Cow.

‘This is a radical and transformative departure from existing halal food provenance mechanisms,’ Wong says. ‘It’s not you claiming this is halal: it’s showing me the evidence, from farm to table. This is going to be a very big deal’.

Under its principle of provable sustainability, the halal blockchain also adheres to the Paris Agreement on climate change. Given the Islamic finance sector’s increasing focus on wider areas of social responsibility, such as environmental protection, and the pollution problems China faces, this ticks another box in blockchain’s marketability.

‘We have to recognise that we’re no longer dealing with just financial and human capital but also with social capital, natural capital and data capital,’ Wong says. ‘These five forms of capital are the new basis, and they’re going to be tracked by computers.’

But the data produced by computers and sensors needs to be trustworthy as well. Humans with a critical mindset might be able to call out fake news from real, but machines can’t do the same with data. This introduces a further dimension. Says Wong: ‘The Belt and Road infrastructure will be an automated way for compliance management for not only Know Your Customer, or Know Your Cow, but, more importantly, Know Your Computer.’

The traceability of a device also plays a role in the greening of the BRI and the flow of finance for projects. ‘You can, for instance, put a sensor in a power plant, and if it’s polluting banks will stop the money,’ Wong explains. Halal blockchain, combined with green finance, presents an opportunity to do something truly transformative, he says.

Wong views blockchain as essentially an accounting innovation – ‘a crypto-economic dimension that is not normally understood’. What’s more, accountants will play a crucial role in its implementation. While its architecture will be challenging, Wong believes that ACCA members, with their knowledge and insight, can have vital input into system design.

Blockchain, Wong says, is creating a new societal role for the profession in managing trust relationships, providing transparency and accountability, and understanding that the mechanism of playing that role is changing because of blockchain. In doing so, accountants can help reduce the risk, but also the cost, of doing business along the Belt and Road.

Wong goes even further. As we move to a complex world of digital networks that audit themselves in real-time, Wong believes that, ultimately, accountants ‘might make the best blockchain programmers, given their deep understanding of how to manage, and contain, business risk’.

"Identity is no longer gated by banks; it’s gated effectively by the company registries in each of the 65 economies"

Who is Pindar Wong?

Pindar Wong, chairman of VeriFi (Hong Kong), is an internet pioneer who co-founded the first licensed internet service provider in Hong Kong and leads the Belt and Road Blockchain Consortium.

In 2015, he helped organise Asia’s first blockchain workshops and sponsored the Hong Kong Bitcoin Roundtable, and in 2016 established the bsafe.network to promote applied academic research in blockchain technologies. He chairs the Internet Society’s Blockchain Special Interest Group and serves on the advisory board of CoinDesk, the news site specialising in bitcoin and digital currencies.