What impact will Brexit have on Africa?

Since so much that happens in the UK has a direct impact on trade, investment and aid to Africa, how will the Brexit vote affect the African continent? 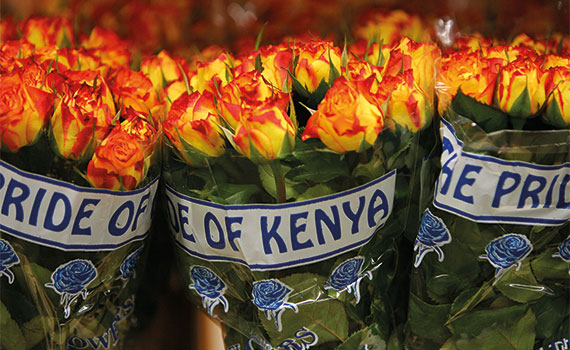 The UK’s departure from the European Union (EU) and last year’s US presidential elections are warning signs that parts of the world are shifting from the globalisation predicted by management guru Kenichi Ohmae in the 1980s, towards nationalism and a predilection for protectionism. Brexit is of profound interest to the countries of Africa because the UK has a history of great and mutually beneficial relationships with the continent. There is empirical evidence that anything that happens in the UK has a direct impact on trade, investment and aid to Africa.

Even before attention moved to renegotiating trade deals, many observers in Africa worried that Brexit would lead to weaker relationships between the UK and its trading partners. They fear that the UK may have to abandon trade arrangements that have served the country for decades.

There are concerns, too, that trade ties between the UK and Africa may be weakened in the short term because the process of renegotiating trade deals is likely to be a lengthy one, lasting years rather than months, during which time trade volumes will decrease.

For companies, these uncertainties may result in risk aversion, leading to increased financing costs. This may in turn cause capital inflows into Africa to dwindle, affecting in particular countries such as South Africa, which have very close ties to the UK. Many companies in South Africa have dual listings on the Johannesburg and London stock exchanges. The Cape Town-based media giant Naspers is one example.

Another concern is that, as the UK’s economy feels the effect of Brexit, the demand for commodities and other natural resources such as copper, iron ore and crude oil may fall, further slowing growth in African countries. And this at a time when major economies such as Angola, South Africa and Nigeria, which depend on the export of these natural resources to boost their economies, are already suffering from the impact of falling oil and commodity prices.

Some commentators, however, remain positive. They see Brexit as an opportunity for new trade deals that could change the paradigm. For example, Shanker Singham, chairman of the Legatum Institute, told the international news source Voice of America that ‘you have Ghanaian cocoa producers unable to go up the value chain and make chocolates because of the way the tariff system works with Europe. All of these could be solved to some extent in a relationship with a less agriculturally distorted UK.’

The UK is also one of the largest contributors to the European Development Fund, the development assistance arm of the EU, which has supported great projects in Africa. Fears are growing that capital inflows may shrink if the UK rolls backs funding. No one can tell for sure what the impact will be, but there are genuine concerns that foreign aid reaching Africa will be severely impacted.

South Africa is the continent’s largest recipient of foreign direct investment (FDI) from the UK. However, South Africa’s trade with the UK falls under the economic partnership agreement between the Southern African Customs Union and the EU; when the UK eventually leaves the EU, it will have to negotiate its own separate trade agreements with South Africa and other countries.

It’s rational to assume that Brexit may also negatively impact  Africa’s continued access to the European single market. This is because the UK has been a traditional conduit for many of Africa’s exports to Europe. If the UK’s economy slows as a consequence of Brexit, its appetite for African exports will inevitably reduce.

The flower industry is a case in point. More than 30% of flowers sold in the EU come from Kenya. The UK is one of the top two buyers, second only to the Netherlands. Kenya’s current trade deal with the EU will have to be reviewed in light of the UK’s exit from the bloc and the east African country will be forced to negotiate new deals with the UK as a consequence.

The tea industry in Kenya, one of the largest producers of tea in the world, is also feeling vulnerable. The UK imports more than 50% of its tea from Kenya, a proportion of it for re-export to European countries. According to the Tea Directorate, the volume bought by the UK in the year to March 2017 fell from 5.4 million tonnes to 3.1 million – a fall attributed to the prospect of Brexit.

The election of Donald Trump in the US and the close call between Emmanuel Macron and Marine Le Pen in the first round of the French presidential elections highlighted the growing pattern in world politics of countries tilting towards protectionism. Trump’s mantra that he will ‘make America great again’ alludes to the notion that protectionism will lead to great prosperity and strength and led him to remove the US from the Trans Pacific Partnership (TPP) in one of his first acts as president. The TPP is a trade agreement originally between a dozen countries, now reduced to 11.

Despite the uncertainties and the short-term challenges, optimists believe that Brexit could ultimately prove a turning point for trade relations between the UK and Africa. Currently, the Cotonou Agreement of 2000, known as the ACP (African, Caribbean and Pacific Group of States)-EU agreement, is the framework through which the EU connects with many African countries. However, the UK’s departure from the EU may trigger the drafting of a new, more beneficial, agreement.

Another possible upside is the anticipated change to UK import duties. Import duties are currently set in Brussels and this has been an impediment for African trade. With Brexit, the UK can set its own import duties, which could potentially introduce a new dawn for African businesses. Furthermore, trade may thrive in the UK once it exits the EU – it may finally even institute a global free-trade deal.

The EU’s common agricultural policy includes tariffs that are detrimental to African agriculture. Take coffee, for example. The EU allows European refiners to buy raw materials (coffee beans) tariff free from Africa, but imposes trade tariffs on finished goods from Africa. Once the UK is free of these, a new trade door may open between the UK and Africa.

Ultimately, it may be that Brexit will usher in a new world order characterised by a more symbiotic relationship of mutual benefit to both nations.