As African countries struggle to deal with droughts not of their making, investors, companies and accountants must do their bit to help, says Alnoor Amlani 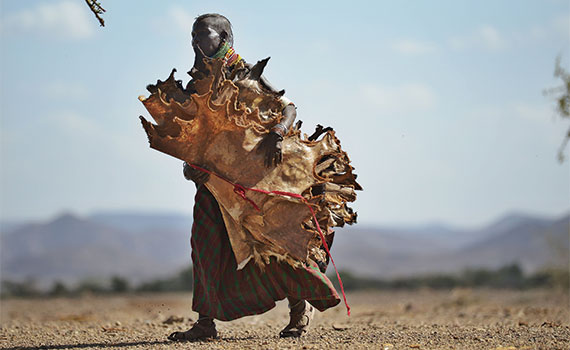 Since it was ‘discovered’, the continent of Africa has come a long way. With glittering cities, new superhighways and digital enterprise solutions now widespread, a casual observer could be forgiven for imagining that the continent’s economy is well diversified.

But despite substantial growth in industry and services, Africa’s primary sector remains agriculture, which accounts for 60% of all its jobs, according to the World Bank. This includes both formal and informal work; African people still mainly grow their own food, rather than purchase it from the market.

Africa’s food and beverage markets are expected to be worth US$1trillion by 2030. Sub-Saharan Africa needs to increase food production by 60% over the next 15 years to feed its growing population. It has the land to do it – 200 million hectares of arable, uncultivated land lies fallow – along with vast water resources of which only 2% is tapped compared with 5% globally. A youthful population lies largely unemployed. With the right investments, agriculture can turn the tragedies of unemployment and poverty into a huge opportunity.

But there is a problem. As much as 95% of sub-Saharan Africa’s agriculture depends on direct rainfall – the highest dependency in the world – and, as a result of climate change, the continent’s agriculture is suffering. Typically, one in five harvests is lost as a result of lack of rain, contributing to the deeply established poverty cycle on the continent. Efforts towards water collection, irrigation and the use of new technologies are making a difference in several places, but these efforts are still not widespread enough.

In Ethiopia, which gave the world coffee and which is the continent’s largest producer of this important global cash crop, rainfall has declined by 15% since the 1970s. According to a new study published in Nature Plants journal, the East African country could lose from 39% to 59% of its current coffee-growing areas to climate change by the end of the century. This puts Ethiopian coffee farmers ‘on the front line of climate change’, says Aaron Davis, one of the study’s authors and a scientist at the Royal Botanic Gardens at Kew in London.

According to the global famine early warning systems network (FEWS NET), the El Niño climate phenomenon reached one of its strongest recorded levels in 2015, leading to intense changes in precipitation around the world. Africa experienced lower-than-average rainfall, and that in turn reduced agricultural and pastoral production, and increased food insecurity across the region. The effects of El Niño continued to suppress rainfall through 2016, worsening already acute food insecurity and further curbing crop production.

This has reached extreme levels in several countries in the Horn of Africa, and especially in neighbouring South Sudan. FEWS NET reported that acute food insecurity was likely to persist at crisis or emergency level (one step down from famine) through to December. in much of Somalia, following poor rainy seasons in 2016 and 2017. In Ethiopia, most pastoral areas of the Somali Region state are also likely to face emergency-level acute food insecurity through to January 2018.

The Notre Dame Global Adaptation Index ranks 182 countries in relation to their vulnerability to climate change and other global challenges, in combination with their readiness to improve resilience. Sub-Saharan African countries dominate the lowest rankings.

Meanwhile, researchers at the Massachusetts Institute of Technology recently developed computer models that scientifically predict that climate change will likely worsen drought conditions in parts of Africa, leading to a dramatic reshaping of the production of maize (the staple food of most people in Africa) throughout sub-Saharan Africa as global temperatures rise over the next century.

The irony is that while African people have done little to cause climate change, they must suffer the consequences along with the developed world. The situation will not improve without concerted action.

Meanwhile, US president Donald Trump’s withdrawal from the Paris Agreement on global warning and his well publicised views on climate change and the environment are likely to mean reduced US government support for Africa’s efforts to mitigate climate change. However, global US companies such as General Electric have stated that they will continue to invest in green technology and also to operate on the continent with respect to reducing carbon emissions.

Professional accountants have a role to play in all of this. They may not be able to halt global warming or make rain, but they can bring influence to bear at a business level and help companies manage and report climate-related risks more effectively. If pressure is put on businesses to report their impact on the environment effectively and thoroughly, the whole supply chain suddenly becomes more accountable.

‘Climate-related risks can affect the value of assets and goodwill, and, in some cases, the going concern status of the business,’ says Yen-pei Chen, ACCA’s corporate reporting and tax manager. And there’s no better way to engage business than by pointing out the effect on the bottom line.

ACCA has welcomed the recent recommendations of the Task Force on Climate-related Financial Disclosures (TCFD), which set out a useful framework for disclosure, and provide detailed implementation guidelines. ACCA also noted the important inclusion of references to the financial impact of climate-related risk, and the ensuing recommendation by the TCFD that this be reflected in companies’ financial statements.

For many companies and their investors, climate change poses significant financial challenges and opportunities. According to the TCFD’s website, the expected transition to a lower-carbon economy is estimated to require around US$1trillion of investments a year for the foreseeable future, generating new investment opportunities.

‘At the same time,’ the TCFD says, ‘the risk-return profile of organisations exposed to climate-related risks may change significantly, as such organisations may be more affected by the physical impacts of climate change, climate policy and new technologies.’

Better reporting of these risks by the world’s bigger businesses is a necessary step to deal with this conundrum by preventing them from making the problem worse. They may start seeing the opportunities as well as the risks and developing products and technology to mitigate the problems raised in Africa.

While the global conversation continues around the environment, efforts must be made by individuals, companies and countries on the African continent to manage their environment better and directly mitigate the effects of climate change. This could include: introducing higher-yielding, more resilient food crops that deliver bountiful harvests; new techniques to boost existing crop yields; better infrastructure, such as electricity, water collection and irrigation; better links to markets; improved access to credit; new (green) technologies in energy collection and agriculture; and more. Hopefully this will trickle down and help to quantify, as well as reduce, the damage at a local level.

"African people have done little to cause climate change, though they must suffer the consequences of it along with the developed world"