Accounting for NGOs in conflict areas

Vetting of local staff and suppliers is a further complication. Vetting is required by donors, particularly government bodies such as USAID 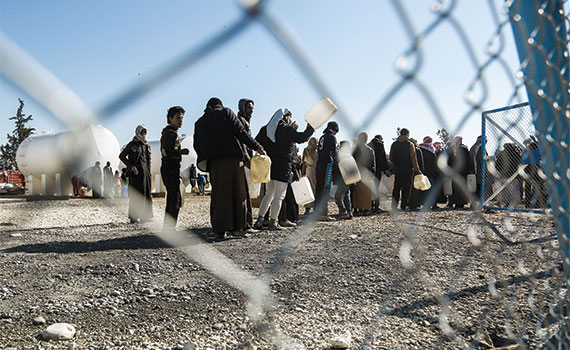 Non-governmental organisations (NGOs), international aid agencies and charities are under increased pressure to abide by international and domestic regulations to demonstrate their financial probity. But while there is often effective oversight in their home countries, in the field, NGOs can struggle to adapt and navigate local rules to ensure appropriate procedures are in place.

There are some 10 million NGOs or non-profit organisations (NPOs) operating worldwide, according to a report from the US-based Public Interest Registry and global governance platform The Global Journal, and the United Nations estimates their combined annual expenditures at US$2.2 trillion a year. With such large sums involved, NGOs need to be able to reassure donors that their money is being well spent. Meanwhile, demand growth for regulatory oversight of NPOs has been driven by anti-money laundering (AML) and combating the financing of terrorism (CFT) concerns within the US government.

‘All the NGOs and charities I speak to are carrying out extensive due diligence, which includes external auditors to verify country offices and audit parties they’re involved with. The larger organisations also have their own auditors. There is definitely a lot of work happening, but the fundamental instability of these environments creates challenges,’ says Andrew O’Brien, head of policy and engagement at the UK’s Charity Finance Group (CFG).

NPOs operating in conflict zones have come under particular scrutiny as regards AML/CFT practices as the unavoidable disruption makes it hard for the authorities, where they exist, to maintain control. A key current focus of regulators has been the refugee crisis in Syria, as well as the conflicts in Yemen and Afghanistan, where operating conditions are particularly challenging. NPOs have to abide not only by local legislation and controls but also by international regulations – and sometimes these can be incompatible. Syria is a case in point; sanctions put in place by the US and the European Union in 2011 cut the country off from the international financial system.

With an estimated 6.3 million Syrians displaced internally due to the conflict, NPOs operate both inside Syria and in neighbouring Lebanon, Jordan and Turkey – which have taken in some 5.1 million refugees in total, according to the United Nations High Commissioner for Refugees (UNHCR).

NGOs are required to operate in line with local legislation. An added complication is that NGOs working in government-controlled areas of Syria cannot operate in a rebel-controlled area at the same time. ‘It would be very risky, so most NGOs are either in Damascus or across the border,’ says a Beirut-based financial manager at a major European NGO.

The first priority of an NGO in most jurisdictions is to be legally registered to file taxes. That said, in Syria, there are currently no rules on NGO activities, so organisations do not have to file; instead they work in cooperation with the government-approved Syrian Arab Red Crescent. Meanwhile, in next-door Lebanon, where there are estimated to be more than a million Syrian refugees, registering NGOs for tax purposes is a struggle, according to the finance officer, who did not wish to be named. Here a sponsor is required to secure a place for the application on the agenda of the Lebanese president, who signs all applications – a particular problem between May 2014 and October 2016 when Lebanon had no president.

‘If you aren’t registered you try to be as compliant with the law as possible, as if you’re in the registration process you’re considered registered by the government,’ says the finance manager. However, not being registered brings additional problems, as unregistered organisations are unable to get work or residency permits for foreign staff or pay social security for local staff as they have no finance ministry registration number. ‘Some NGOs put money aside for this, others pay it directly to employees,’ he says, adding that this must therefore be budgeted for.

Vetting of local staff and suppliers is a further complication. Vetting is required by donors, particularly government bodies such as the US Agency for International Development (USAID), the US Bureau of Population, Refugees and Migration, and the UK’s Department for International Development (DFID). ‘We have to check specific databases [for names] but the problem is that the US database is not the same as the EU’s or DFID’s. There has been a push for harmonisation, but it’s highly politicised, so progress is slow,’ says the finance manager.

While NGOs operate according to the humanitarian principle of impartiality, they can get into hot water if they unwittingly work with individuals or entities that are members of, or are linked to, sanctioned or designated terrorist organisations, such as Lebanon’s Hezbollah. The US Congress passed a Hezbollah International Financing Prevention Act (HIFPA) in 2015.

The same applies to rebel-controlled areas in Syria where Islamic State, or Daesh, operates. ‘You might have employees linked to Daesh, but how would you know?’ he says. ‘As the US requires us to vet all suppliers, many NGOs no longer apply for grants from the US.’

O’Brien reports that charities say their biggest risk is third parties, as it is not always possible to carry out due diligence in conflict zones or in newly formed countries.

At the operational level, larger NGOs use enterprise resource planning (ERP) software for fleet management, asset management, warehousing, procurement and human resources. ‘Proper handling of donor funding is crucial to continuing operations. We have 300 staff, six offices and 80 vehicles, so we need a clear picture of our financial coverage to report to donors,’ he says. Payrolls in cross-border operations are usually handled locally.

Accounts are compiled at the end of the tax year by headquarters, which carry out double entries through external accountants, as NGOs often do not employ professional accountants in the field. Certain countries will then be selected for inspection by an external auditor. In the case of Syria, a Big Four firm from Jordan carried out an audit of a major European NGO, recalls a Damascus-based NGO financial manager.

But smaller NGOs that cannot afford specialised accountancy firms’ fees simply lack the financial resources to have their books and accounts professionally audited. ‘Most charity specialist [accounting and auditing service] providers work with larger organisations as there’s less profit in the smaller ones,’ he noted, so smaller NGOs rely on private accountants which may not deal with many NGOs and the regulations specific to charities.

Despite these difficulties and the obvious security issues, the Damascus-based financial manager says Syria has proved less challenging than many sub-Saharan African countries he has worked in, mainly because of Syria’s more advanced financial sector.

Sub-Saharan Africa is probably one of the hardest regions to carry out effective accounting and auditing due to the reliance on cash. ‘In the likes of Sudan and Somalia, which were cash-based economies, the collapse of the formal banking system or sanctions has made cash even more dominant. That also makes verification harder,’ says O’Brien. ‘From an accounting and auditing perspective, anything that creates uncertainty in the paper trails adds issues, and makes it hard to harmonise between home rules and those in the country a charity is working in.’

"Vetting of local staff and suppliers is a further complication. Vetting is required by donors, particularly government bodies such as USAID"