Corporate climate change action could save the world

With new strategies and fresh thinking needed to limit the looming global warming catastrophe, it could be business that comes to the world’s rescue on climate change 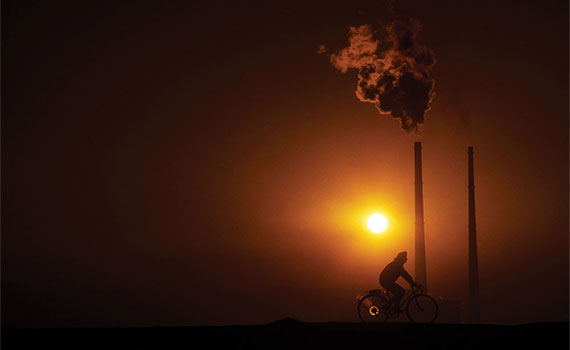 Research findings on climate change rarely offer grounds for optimism, but a recent report from the world’s leading climate scientists represents an ear-splitting wake-up call to impending global disaster. The study by the United Nations Intergovernmental Panel on Climate Change, issued in October, warns that only urgent and unprecedented change will allow the world to the world to contain the rise in temperature to a manageable 1.5°C or 2°C above pre-industrial levels.

However, the impact on one of the report’s most critical audiences was decidedly muted. In line with the Trump administration’s withdrawal from the Paris climate change agreement, the US government declined to endorse the report. Later in the year, the COP24 global climate summit in Poland brought further evidence that national politics will continue to sap international resolve on the issue.

As pressure mounts, and the battle to deliver real results intensifies, could a new sense of responsibility from corporates, along with fresh thinking internationally, make the difference in improving national emissions performances? In some ways, a recalibration of responsibility is overdue. In the 2017 Carbon Majors Database report, Paul Griffin, an energy data analyst at CDP (the UK-based non-profit formerly known as the Carbon Disclosure Project), points out that over the past 30 years ‘more than half of global industrial greenhouse gases can be traced to just 25 corporate and state producers’.

Around the world, the energy sector appears to be waking up to its onerous responsibilities, driven by a combination of evolving corporate thinking and more strident shareholder demands. Last December, Royal Dutch Shell announced it would set specific and robust net carbon footprint targets for its global business in the decades ahead and link them to executive remuneration. Also in 2018, its US peer ExxonMobil announced its first company-wide targets to cut emissions by 2020. Along with BP and Total, they have signed up to ‘guiding principles’ to reduce methane emissions from their operations.

It is a pattern of behaviour evident in the wider business world. Jeff Nesbit, author of This Is the Way the World Ends, says: ‘More business leaders are recognising that climate change is indeed a real threat, and many are leading the way in making it a priority in business decisions.’ A former director at the US National Science Foundation, he argues that a pragmatic three-pronged approach is needed for businesses to drive real change: make climate action part of the business, support carbon taxes, and turn to renewable energy.

The desire to do the right thing isn’t the only force driving a change in corporate thinking. ExxonMobil ended 2018 facing a lawsuit from New York alleging that it ‘systematically and repeatedly’ defrauded investors about the financial risks it faces from climate change regulations. The company has called the action ‘meritless’, but it’s one of a string of US lawsuits being filed against energy companies with the aim of making them contribute to the cost of the public infrastructure needed to cope with the effects of climate change.

In Europe, major cities are starting to seize the initiative from more cautious national governments. Paris and Stockholm, for example, have announced plans to be effectively carbon-neutral by the middle of the century, while ‘in the UK, more than 90 cities and local authorities have committed to shift to 100% clean energy by 2050’, according to CDP’s climate change director Nicolette Bartlett.

It isn’t just big businesses or the major urban areas that are showing leadership. Ireland has been one of the poorest performers in Europe in addressing climate change, with a key issue being its large agricultural sector, which contributes significantly to its emissions profile (32.5% compared with an EU average of 10%). In 2012, Bord Bia, the Irish Food Board, launched a voluntary, industry-wide programme for participants to set and achieve measurable improvements in their energy and emissions performance. The programme has won widespread support from farmers and food manufacturers, driven by one of sustainability’s strongest arguments, that reducing resource usage also reduces costs.

Climate change as an emerging business risk is explored in the PwC report Time to get on with it: The Low Carbon Economy Index 2018, which tracks the progress of G20 countries in decarbonising their economies. While Mexico, Argentina, the UK and Brazil were among those cutting emissions while growing their economies last year, no G20 country ‘achieved the 6.4% decarbonisation rate required to limit warming to two degrees this year’. The report notes: ‘There is no shortage of solutions – governments and business just need to implement them.’

Time is running short for serious action on climate change, but the ‘gilets jaunes’ movement in France shows that public acceptance of environmental taxes can’t be taken for granted. This circle can be squared only through innovation, investment and partnership. As the business community wakes up to its responsibilities, the big question is whether a spirit of real collaboration can guide a serious response. Future generations will hold us to account if the answer continues to be no.

"More business leaders are recognising that climate change is a real threat, and many are leading the way in making it a priority in business decisions"

Here are five ways business can lead on climate action:

Make greater use of electric transport Offering charging stations to employees looks set to become standard within a few years.

Make disclosure a strategic tool Companies need to demonstrate to investors that they are factoring climate change concerns into their business model and growth strategy.