A new tax standard aims to increase funds for sustainable development through more extensive disclosure, but not everyone is convinced, says Ramona Dzinkowski 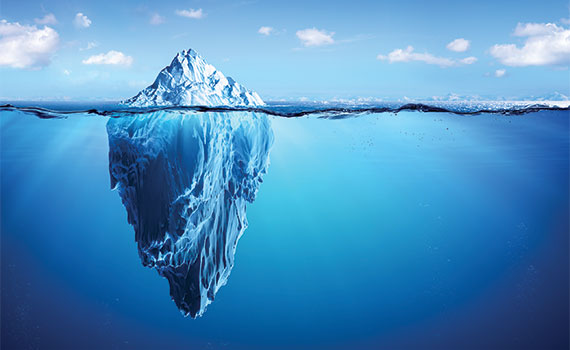 Base erosion and profit sharing (BEPS) has been high on the agenda of global tax authorities for quite some time, and for good reason. OECD data released in 2017 suggested that corporate tax strategies of multinationals designed to shift profits between tax jurisdictions, or exploit the mismatch in tax rules between countries, has eroded the global tax base by US$200bn. Much of this loss has come at the expense of less developed economies.

Over the course of the past five years, the OECD/G20 BEPS project has attempted to curb this type of tax avoidance through a variety of actions. They include a requirement for every multinational corporation to prepare a country-by-country report with aggregate data on the global allocation of income, profit, taxes paid and economic activity among the jurisdictions in which they operate.

However, the effectiveness of these efforts has been called into question and prompted other international NGOs to step into the tax transparency arena. Specifically, in December 2019 the Global Reporting Initiative (GRI), more commonly known for crafting guidelines for environmental, social and governance reporting, released GRI 207: Tax 2019.

The new GRI standard goes beyond BEPS, suggesting much more disclosure in a variety of areas, and is considered to be the first global reporting standard to combine disclosures on management’s approach to tax strategy with public country-by-country reporting of business activities, revenues, profit and tax. GRI 207 is effective for reports published on or after 1 January 2021, with early adoption encouraged.

Alex Cobham, CEO of the Tax Justice Network, says the GRI move is a response to a chronic lack of ‘reliable and comparable, country-by-country information on the taxes that multinational corporations contribute’. For its part, GRI says it developed the new voluntary framework to provide clarity on how much companies contribute to the tax base of the countries in which they operate, and thus curb tax avoidance and help governments fund services and sustainable development initiatives.

Supporters of GRI 207, such as Gary Kalman, executive director of the Financial Accountability and Corporate Transparency Coalition, have urged companies to adopt it as soon as possible. ‘The GRI’s tax standard is the clearest and most significant recognition to date of the global trend towards tax transparency for multinational companies,’ Kalman says. ‘The standard is both necessary and balanced.’

Others are not convinced. They doubt whether more tax disclosure as prescribed by GRI 207 will lead to more tax revenues for developing economies, and hence more spending on sustainability within regions. They question whether requiring companies to link tax policy to their sustainability goals adds anything to tax transparency. Furthermore, some of the disclosure requirements and recommendations are seen as onerous, requiring significant restructuring of information systems, and potentially revelation of competitively sensitive information.

Responding to the guidelines, PwC said: ‘While we agree that a well-considered tax strategy should align with other elements of business and sustainable development strategies, we do not think that understanding this alignment is critical to understanding a business’s approach to tax.’

Regarding the requirement to link the tax strategy to the broader economic needs of countries in which the organisation operates, the Big Four firm added: ‘We think this is not necessary to understand a company’s approach to tax. Furthermore, tax strategies are usually formulated at a global rather than country level. Given the very different economic situations of different countries, it would not be reasonable to have a tax strategy that takes detailed account of the economic situation in each and every country where it operates, especially for groups operating across many jurisdictions.’

In addition to a host of other issues surrounding the requirements and recommendations of GRI 207, PwC questioned whether companies have the flexibility to add to their tax burden ad hoc. ‘The amount of tax that a company pays in a particular country is driven by the tax laws of that country,’ it pointed out. ‘It is not within a company’s gift to change the amount of tax it pays in a country based on that country’s economic needs; it must instead abide by the tax laws of that country. It would therefore seem untenable to expect companies to change their tax policy based on the economic needs of individual countries.’
For the moment, GRI 207 may be generating more questions than answers. However, the overarching consensus seems to be that GRI has been successful in moving the tax transparency agenda forward.

‘At first review, there was a huge concern that this was just too complicated and too much work,’ says Eric Israel, a consultant at Isos Group and adjunct professor of integrated reporting at the Middlebury Institute of International Studies at Monterey, in the US.

However, he points to the concept of tax materiality and the tenacity of accountants to get the job done. ‘Accountants are like engineers,’ he says. ‘They have the same mindset to build systems and frameworks to make things work, and I think this applies to the issue of tax transparency.’

If accountants come to the conclusion that tax is a material issue for their shareholders, Israel says, GRI proposes a reasonable framework for disclosing tax management strategies. He adds: ‘Companies want to comply with generally accepted global standards like GRI 207 and, once there is a critical mass of companies doing this, there is little excuse for other companies not to adopt the guideline.’

Kate Barton, vice chairman for global tax at EY, tends to agree, but she encourages international standard-setters and market regulators to step up their game when it comes to tax transparency disclosure. ‘The companies that we work with are not looking to avoid tax or not pay tax on all of their income,’ she says. ‘What they’re trying to avoid in this complex world where the rules are individually set by countries is double taxation.

‘What we need is a globally accepted standard and a multilateral tax code. In getting there, the challenge is to keep all the major countries around the table.’

"Accountants have the mindset to build frameworks to make things work, and this applies to the issue of tax transparency"