If the world has been able to reduce carbon emissions under lockdown, surely it should be able to create a more equitable tax system 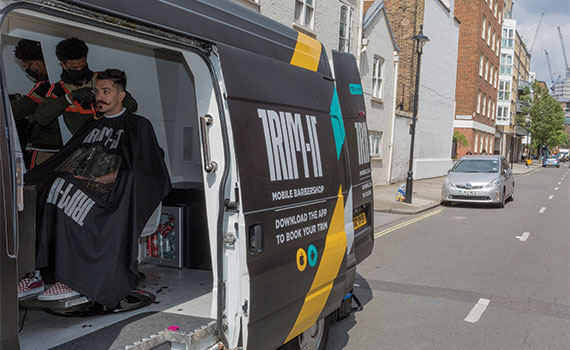 As the global economies begin to plan for a post-pandemic recovery, there are many areas where governments and society will seek to improve the ‘new normal’ and build a better economic environment. High on this list will be reform of the tax system.

Commentators believe that the current crisis could provide renewed impetus for reform to create a system that is fair and simple – and not open to abuse, manipulation or outright fraud.

It is, of course, a subject that has been on the agenda for some time. The OECD’s Base Erosion and Profit Shifting (BEPS) project has come some way since its inception. But there is a fear that it will stall as governments retrench to protect their own economies in the aftermath of the crisis.

Closer to home, the UK government has already hinted that reform is coming, but not necessarily in a joined-up way. Announcing a support package for the self-employed, Chancellor Rishi Sunak made it clear that reform on how different classifications of ‘worker’ are taxed would be on his agenda in the future. Sunak said: ‘If we all want to benefit equally from state support, we must all pay in equally in the future.’

In the past, the path to reform might not have been easy but this may now have changed. In a report on overcoming the barriers to tax reform published in April, the Institute for Government (IfG) argues that despite the need for substantial reform, ‘recent governments have shied away from it because of public resistance’ but should now ‘seize the chance’, pointing out that the current crisis ‘may also bring public support for tax reform, offering government a rare opportunity to make sweeping changes’.

The IfG clearly believes there is not only a longstanding need for reform but that there is now a unique opportunity to implement that reform. ‘The aftermath of this crisis could provide an opportunity to address longstanding problems and improve the way in which we raise tax – and, indeed, to move to a higher tax system if that is indicated by public desire,’ the report suggests. ‘But that will require major tax reform that previous governments have struggled to deliver.’

The IfG recognises that at some point in the future, the state support bill will need to be paid, and this could be through the form of higher, or more targeted, taxes. But this will not happen without a wholesale reform of the tax system.

However, as George Bull, tax partner at RSM, points out, tax reform does not have a distinguished history, often driven by short-term interests and policy objectives, with hastily drafted legislation rushed through parliament without sufficient debate.

‘Political grandstanding often drives through contentious new tax legislation, feeding on the perception that the only good tax increase is one that will be payable by somebody else,’ he says. ‘Those who will lose out feel hard done by, with low-quality public debate often paying scant attention to the greater good of society as a whole.’

While the IfG calls for the creation of a tax commission that would be able to shepherd the debate, Bull believes that the Office of Tax Simplification could be used more effectively to pull together the disparate strands and shine a light on the problems with the current tax system to build a consensus for reform options.

Bull lists six broad areas that the OTS could start with to attack the need for simple, fair taxes that are supportive of growth, administratively straightforward and manageable (see panel). His last point – moving towards taxes that encourage sustainability – ties in with another observation: if the world, in economic lockdown, has been able to radically reduce carbon emissions, then surely it should be able to create a more effective and equitable tax system.

As Bull says: ‘With growing recognition that economic life will not be the same after coronavirus, the tax system will have an important part to play in the recovery and in the transition to the new normal.

‘Tax reform will be required. With the goodwill of the people in evidence, now is the time to sort out not only NHS funding but also the future shape of the tax system.’

"If the world has been able to reduce carbon emissions under lockdown, surely it should be able to create a more equitable tax system"

Reassess the tax base: who should pay how much tax and on what.

Reform national insurance contributions and the taxation of workplace income.

Look at taxation of wealth and capital, including inheritance and council tax.

Assess what ‘social goods’ should be encouraged through tax reliefs, and how effectiveness should be measured.

Create a roadmap to bring certainty during a transition towards more carbon-based taxes.