The UK’s zero rate of VAT on transactions across a wide range of derivatives – including oil, natural gas and carbon emissions – has been struck down by an EU ruling 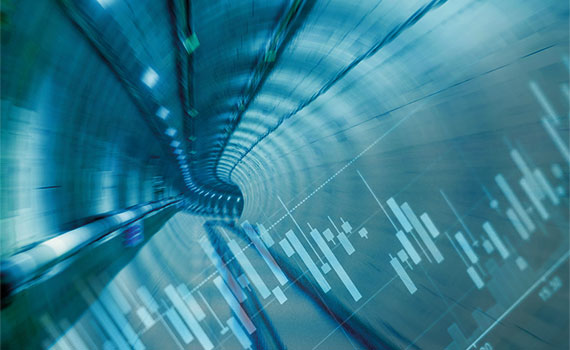 This article was first published in the July/August 2020 UK edition of Accounting and Business magazine.

Proving that not everything came to a standstill during the lockdown, the European Court of Justice has come out against the UK in a long-running dispute over VAT on futures trading. Although the overall ramifications are unclear, because future trading arrangements between the EU and the UK are still being negotiated, the UK has been found liable for legal costs.

The current case dates back to 2018 (two years after the UK had voted to leave Europe), but the origins of the argument can be traced back to the 1970s. At that time, the UK was entering what was then called the European Economic Community. As part of the accession arrangements, the UK informed the European Commission it would maintain a zero rating of VAT on 11 futures markets, including the London Metal Exchange and a number of other, now disbanded, exchanges such as the London Rubber Market, the London Wool Terminal Market and the Liverpool Barley Futures Market.

In 1977 the commission agreed to accord the zero-rating designation to transactions on these markets on the basis that the futures being traded were not in goods but were ‘of the nature of financing or insurance’. Following its original notification of the 11 markets, the UK subsequently expanded the zero rating to include other trades, such as those in gas and electricity, and this is where it fell foul of EU rules.

In short, the European Court of Justice was not convinced by the UK’s argument that the additions were in response to restructuring in the London commodity markets. The European Commission had pointed out that some of the changes involved new types of transactions, such as trading in carbon emissions allowances.

While the court has ruled against the UK, that does not mean derivatives traders are now required to pay VAT on their past transactions, according to the Treasury. Current UK legislation means no tax is due on derivatives trades, and this will remain the case while the Treasury considers its next steps in light of the ruling.

How it all began

The current legal argument began in March 2018 when the commission began infraction proceedings against the UK for its VAT treatment of certain commodity derivatives trading under the terminal markets order. The order is a statutory instrument that permits a zero VAT rate for derivative transactions in spots, futures and options on commodity contracts, when traded on an exchange.

In its response, the UK government criticised the commission for failing to take account of the complex series of restructurings carried out in the London commodity markets since 1977. The UK government subsequently argued in court that the singular result of the commission’s approach would be that contracts that are now traded on the same exchange or are owned by the same group of exchanges would have different VAT liabilities simply by virtue of the historical development of trading in the commodity concerned. The commission is, according to the UK, being ‘formalistic’.

The commission argued that the extension of zero VAT rating to a new range of trades was ‘not purely formal and not undertaken simply to take account of the restructuring process’. It added that the changes allowed ‘increasingly complex types of instruments, traded on increasingly complex markets’ to avoid paying VAT.

The judges backed the commission, ruling that the UK’s failure to notify the commission of the tax break that it had extended to trades in derivatives that were not listed in the 1977 agreement is a breach of EU law.

A Treasury spokesperson says: ‘We are reviewing the decision of the European Court of Justice and will provide further details on next steps in due course. The decision does not require businesses to pay any VAT on historic transactions, and the law applying to derivatives trades today means no VAT is due. That will remain the case while the UK considers next steps in light of the ruling.’

As yet, there is no indication of the extent of legal costs that have been awarded against the UK. Nor is it clear whether the commission would agree to an extension of the scope of the zero ratings if the UK made such a request.

What seems clear is that, despite the UK formally leaving the EU on 31 January, it is still governed by the rulings of the European Court of Justice.

When is a Budget not a Budget?

When it is ‘fiscal event’, apparently. The government has indicated that it will be holding such an event in July in the wake of the Covid-19 crisis. Chancellor Rishi Sunak is expected to set out a stimulus package, which will probably include publication of the national infrastructure strategy. Boiler scrappage schemes have been mooted, and the prime minister has advocated ‘apprenticeships for all’ to stave off youth unemployment as the UK economy emerges from recession.

But what about taxes? If it is not an emergency Budget, any new taxes are unlikely to be revealed. But that should not rule out consultation on possible future tax rises.

George Bull, RSM’s senior tax partner, says: ‘It will be easier for the government to introduce the tax increases that seem inevitable in the wake of coronavirus sooner rather than later. However, with many MPs hoping to postpone them, the chancellor may find himself under pressure to delay them for two to three years. Allowing 18 months for consultation and implementation, those increases would then be coming into force in the run-up to the next election. That seems unlikely, even for a government that is not afraid of taking deeply unpopular action.’

Bull accordingly believes it likely that the July fiscal event will include heavy hints about future tax increases, with specific proposals delayed until an autumn Budget.