The power of netwoking for growing practices 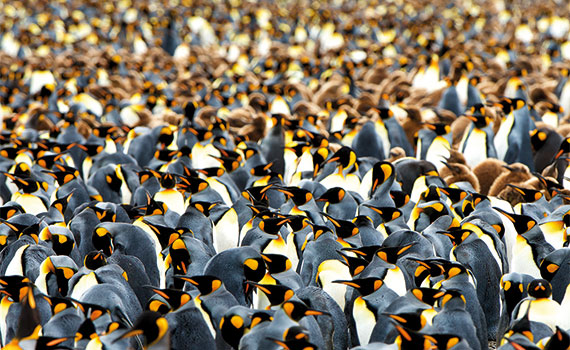 Setting up your own business can be exciting and empowering, as only your own effort and abilities will determine your degree of success. But having sole responsibility can also be daunting. New owners need to develop networks and build partnerships to help grow their business.

Zoe Whitman FCCA set up her bookkeeping practice But the Books in 2017. It recently won the Institute of Certified Bookkeepers’ Small Practice of the Year award, and is part of the NatWest Entrepreneur Accelerator scheme. ‘Before I left my previous employer to begin my own business, I was a volunteer mentor for young entrepreneurs as part of The Prince’s Trust. I soon realised how much assistance start-ups need,’ she says.

‘Networking has been important to our growth – for finding new leads and building client relationships,’ adds Whitman. ‘In the early days, our work came from referrals, such as a networking group called Freelance Mum (I began the business while I was on maternity leave). I became their go-to person about tax returns. It helped build my name and trust in the business.

‘I also went to networking groups run by the Bristol Chamber of Commerce,’ she adds, ‘often involving a 60-second pitch about the business to attendees.’
She says that networking has introduced her to venture capitalists and lawyers, which resulted in doing some work for them and their clients, and introductions to another 10 prospects. ‘We have also developed partnerships with them, as we recognise that we are marketing to the same people. It’s a strategy that has worked so well that we are run off our feet and need new staff.’

Whitman is also part of ACCA’s Bristol member network panel. ‘It is really important to connect with other accountants and see what challenges they face,’ she explains. ‘You can’t know everything and it is so supportive.’

Alastair Barlow FCCA, who left PwC to set up accountancy practice flinder, says networking was his first challenge. ‘I was under a restrictive covenant from PwC, which meant I could not speak to my previous clients,’ he says. ‘So I went to as many network events as I could to find some new ones. It was a very scattergun approach, but I soon learned to be more targeted. I began to ask myself where I was going and why, what my purpose was and who I needed to have a conversation with.’ He learned the importance of researching the event and the people attending, ‘otherwise you end up having some nice canapes, but ultimately a wasted evening’.

The events he attends include those held by the Institute of Directors and British Chambers of Commerce, and some that are marketed on social media groups. He also goes to those focused on the accountancy sector such as Accountex and the British Accountancy Awards. Following a recent awards event, Barlow set up, with others at his dinner table, the Rebel Accountants group. ‘We stay in touch, share our thinking and work through challenges together,’ he explains. Barlow also recently joined ACCA’s Practitioners’ Network Panel.

He says a side-benefit of all this networking activity is talent-spotting. ‘Getting people with the right level of expertise and cultural fit has been a challenge, and we’ve found that posting what we do as a team on Instagram – such as skiing trips or events where we discuss what it means to work for us – has been really important.’

Adnan Zaheer FCCA finds that networking can also support fundraising activities. He has had a varied career, including being CEO of Arena Group and partner at PwC where he co-founded the Raise programme, helping scale-ups raise funds. He is now CEO of his own start-up Seers Group, which helps SMEs deal with the General Data Protection Regulation (GDPR). ‘Networking with investors and visiting technology incubators played a large part in my role at Raise,’ he says. ‘It was also important when looking for seed-round investment for Seers. You find people interested in your business concept and track record, and then nurture them to get their investment.’

It has also boosted Seers’ business model. ‘I’ve met mentors who have steered my thinking on product strategy, and another, a senior IT director at JP Morgan, advised us on developing our IT infrastructure,’ he says.

Zaheer networks face to face, but also on social media. ‘You target the right people, such as relevant groups who can support your journey. We have developed our presence by commenting on or writing articles about issues such as data privacy, regularly updating information on GDPR and setting up our own group,’ he explains. ‘We want to show we are an authority. It is not about selling because people just switch off if you do that.’

Owners should see networking as a long-term strategy rather than expecting overnight results. ‘I used to spend every morning before work meeting bankers for coffee,’ says Barry Gill, founder of TIG Corporate Finance and advertising platform wesellanycompany.com. ‘I built a solid network of contacts, which continues to pay dividends. People come to me because they know and trust me.’

The benefits are clear, but some may still find networking daunting. Barlow suggests treating networking as you would a romantic date. ‘Ask a question, listen to the response and ask some more,’ he says. ‘It is worth it. Networking is an absolute growth multiplier for your business.’

"Treat networking as you would a romantic date: ask a question, listen to the response and then ask some more"

Be patient. Some new owners go immediately to a local networking group to find new clients. You need to remember that most businesses there will already have their own accountants and won’t just drop them when you arrive. Commit to that network and realise it is about building long-term relationships, not selling.

Be selective. There are so many events that you could network over breakfast, lunch, dinner and the weekend. Understand exactly what you want to achieve, such as a referral, building your brand or meeting contacts in a new industry sector. Develop a strategy both online and face to face.

Don’t ignore your existing networks. You don’t need to rush off to events and meet strangers. Think of those you have worked with previously, friends and social contacts. They can give trusted advice and support on your journey.