GDP – is it really the best measure of wealth?

Is GDP the best possible measure of economic health, wealth and value creation? There are other contenders out there, as Michael Taylor explains 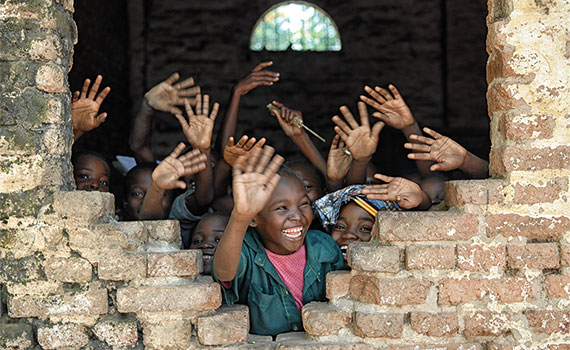 As the standard measure of economic progress and wellbeing, gross domestic product (GDP) is the focus of much analysis by economists, fund managers and the media.

GDP has been at the centre of macroeconomic analysis for at least the past 70 years. However, the metric has limitations. In particular, it is often quite heavily revised over time as more data becomes available, and even initial GDP estimates appear only quite some time after the period they refer to.

But there are more fundamental criticisms of GDP based on what it does not measure. GDP is a measurement of the flow of the market value of goods and services produced over a period of time, and cannot incorporate any measure of wealth that is a stock variable (ie a measurement at a point in time of a quantity that may have accumulated over years). Accordingly, GDP may grow despite (and even because of) a reduction in wealth as well as capital – physical or natural.

For example, more logging in the Amazon boosts measured GDP (through the sale and processing of more logs) but takes no account of the resulting destruction of rainforest – a decline in natural capital. Another area where GDP is found wanting is in measuring happiness – there is only a weak correlation between GDP per head and survey measures of happiness.

So what are the alternatives to GDP that can deal with such limitations to traditional measures of economic progress? The inclusive wealth index (IWI) is an attempt by the United Nations to gauge progress toward sustainable development. It accounts for each country’s stock of assets – its manufactured, human and natural capital – and assesses the changing health of these assets over a 25-year period.

The most recent IWI report covers the period 1990 to 2014 and indicates that 44 of the 140 countries covered have experienced a decline in inclusive wealth per capita even though their GDP-per-capita figures increased.

For example, in Peru GDP per head rose by 17% over the period, while its inclusive wealth per capita fell by almost 3%. In Tanzania a 10% rise in GDP per capita accompanied an 11% fall in inclusive wealth. Countries with declining inclusive wealth tend to have low to middle incomes and rely on exploiting natural resources (mining or forestry). These countries are depleting their stocks of natural, human and produced capital at rates that will leave future generations worse off.

However, the inclusion of all three types of capital generates some surprising results. For example, China performs well on the IWI measure despite a marked depletion of natural capital in recent years, as the growth in its human and physical capital (eg infrastructure) has outweighed the loss of natural capital.

Interest in the area of human happiness has risen dramatically since the global financial crisis of 2007–09. Over this period, surveys of happiness generally portray a more positive picture than suggested by GDP statistics. Many studies find that once a certain income has been reached, non-pecuniary factors become more important in happiness.

Since 2012, the UN has published the World Happiness Report, ranking countries in terms of measured happiness, based on the responses of people (see chart). Levels of GDP per capita, healthy life expectancy, generosity, social support, freedom to make life choices and lack of corruption feed into the overall score and ranking for each country.

GDP is not a perfect measure of economic wellbeing, but it is the best guide we have to the value created in an economy over a period. Other measures can complement GDP but never replace it. The IWI is a useful attempt to capture long-term effects on the sustainability of economic growth. Happiness, though, remains a subjective measure driven by non-economic factors and with uncertain policy implications.